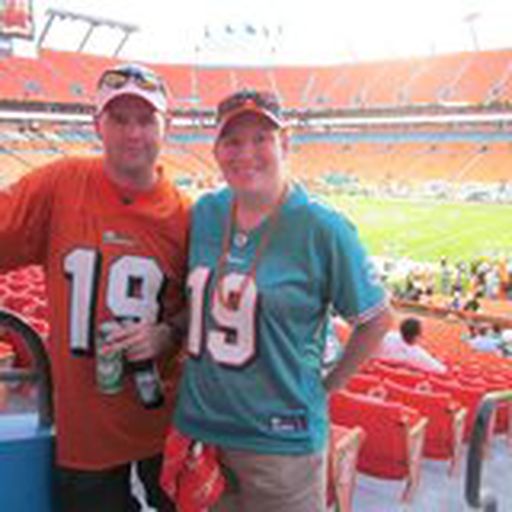 I have been a Dolphins fan since Dan Marino led us to our last Super Bowl. The year before the SB my family went to Florida on a trip and I got a stuffed Dolphin at Sea World. The following January while watching the SB with my dad I was excited that there was a sports team called the Dolphins. I have been a fan ever since. It is uncommon for there to be Dolphins fans where I grew up (East Coast of Canada) but I was able to watch a few games a year as NE and the Bills were often played on local TV. Thanks to NFL Sunday Ticket, the occasional streaming game and NFL Game Pass while I was in Afghanistan I have only missed about 5 or 6 Dolphins games in the last 8 years. This September (2010) was my first game in Miami against the Jets on Sunday Night Football.