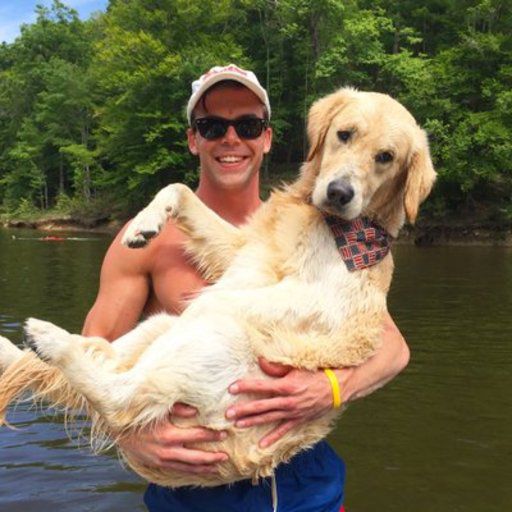 RazzMcTazz's comment on Georgia Tech Schemin’ from Shakin The Southland,

I do too, he's a really likeable guy and they've always needed a flyer on a Dabo-type versus another coaching retread

The more and more comparisons people make with Beamer and Dabo, the more mad they get. And as he gains more visibility over time, the comparisons will only increase.

Some bowl projection had them meeting in the postseason and Coastal felt disrespected by that lol. Gamecock Twitter did NOT like that at all. They feel so threatened by Coastal it’s hilarious.

Yeah the scholarship number is the real issue

Of course coaches kids will be on the team as preferred walk-ons with the chance to earn scholarships This is common everywhere. If I were making a few million a year though I’d feel unethical at best and perhaps even outright embarrassed if I put my kid on scholarship when I don’t need the financial help from the institution which literally pays me, especially if doing so ultimately takes away from another walk-on who might need that scholarship get by.

On the other hand, if your kid has earned the scholarship because he’s a solid special teams contributor or holder (not just a 3rd string reserve), is it fair to withhold a scholarship just because he’s your kid and you’re obviously well off enough? The answer is in Clemson’s case is clearly the staff will give their kids scholarships if they earn it, as if they weren’t their kids. It’s hard for me to blame them for that; it would punish the player to withhold it, no matter who his father is. Personally I’d try tell my kid you’ve earned the scholarship but we don’t need the financial help, and you’ll be a scholarship player in all but name, so on so forth. If that scholarship goes toward an actual recruit in the next class, all the better.

But like you said when it’s a handful of spots per year, it becomes self imposed probation at a MAJOR VIOLATION level. 6-7 scholarship reduction is about as close as the NCAA will ever come to the death penalty again, and we do it to ourselves. That was one of the first things in my mind when QT mentioned hubris last week.

Nah Allen was the primary read on that play

Yep Elliott said it was an inside-out read

On option routes, the leverage is clear before the route needs to break and both the QB and primary WR should see it. They’re reacting to how the defender is set up, not thinking about how he’s going to react to a receiver.

We’re almost exclusively a zone blocking team in standard calls and sets, and run a lot of counter off the zone blocking. Traditional man blocking is more or less a short yardage thing for us. Given our general lack of strength and size on the OL we’re certainly better off in a zone scheme; I’d just prefer avoiding the A gap with this personnel — both at running back and the interior line.

Yep, I've definitely come back from the ledge after all my Saturday night angry knee jerking

Granted it was more than a few plays where we missed opps or didn’t execute, but we’re singing Elliott’s praises (or at least not dumping on him) if DJ hits a few of these. I still have concerns with creativity and general staleness, but some of the perceived vanilla may have more to do with an inexperienced QB than offensive stagnation.

Saban's re-retreads, somewhat counterintuitively, all seem to have NFL experience so I would absolutely be down for that

Tigerfan06's comment on QT’s Take: Clemson Mauled By Dawgs from Shakin The Southland,

I've been pining for an outside zone base since watching JK Dobbins kill us with it, if not before, but I doubt our guards could hold their blocks long enough

Still, Putnam seems to be more of an agile guard than a strong guard to put it mildly so I’d love to see more OZ as a changeup. The base/staple inside zone is here to stay though I’m afraid.

Not enough competent bodies taken in recruiting in recent cycles, we’re a couple seasons away from seeing projects pan out and some of the better recruits grow into stalwarts (that’s a relative term for our OL of course lol).

My gripes with tigernet are too great to list properly so I'll just add on to your point about sunshine/disney...

It is absolutely Exhibit A in the "Clemson is a cult" assertion. That goes for the staff and the readers/posters.

Still rather surprised it hasn’t happened yet, but it will no matter how much he "sucks" this year.

I would think Streeter is the next OC, which seems a clear downgrade on the surface. Ohio State last year was too small a sample, not to mention all the circumstances involved in his short run-up to calling the game, but the consensus here at least is some outside ideas are needed. Self scouting is great and all but it isn’t the same.

Spencer_York's comment on QT’s Take: Clemson Mauled By Dawgs from Shakin The Southland,

Not as much as you'd think, UGA usually is great against mobile QBs

For example their man cover 2 (that’s man underneath with split safeties covering deep halves) only rushes 3 because they prefer to have an aggressive spy over a 4th rusher.

Also I wouldn’t say DJ is a scrambler or improviser on nearly Lawrence’s level. There will be a couple designed power runs in short yardage and of course zone read keeps, but we’re not going to see him act like he’s up against a Kevin Steele defense circa 2011.

commented on The Georgia Defense is Built to Beat the Spread from Shakin The Southland, Sep 3, 2021, 1:27pm EDT

The Georgia Defense is Built to Beat the Spread

You’re right in that outdated data is all we have at this point. Didn’t mean to come off as combative or incredulous if I conveyed that above, my apologies. I see no way Daniels isn’t an upgrade over any QB they’ve rolled out there since Matt Stafford though. Whether it’s enough to transform them the way Tua did with Bama, Burrow with LSU, etc remains to be seen, but UGA with a good modern QB should beat everyone in CFB this year. Their roster is the best in the country and he gives them a leg up on meaningful snap QB experience over all their peers except Oklahoma and us.

It’s a compelling argument I’m overrating Daniels based on an assertion he should unlock UGA’s perpetually out of reach ceiling, especially given it’s week 1, but I think he’s enough for their superior roster to win it all this year.

Relevant to this article though, I have come around on this safety group being passable, and we’re lucky they won’t be challenged by Pickens or apparently a couple of good tight ends. It’s in this vein I see what you meant about the Cincy game, and yes if we play like that (meaning force Daniels to beat us) we can handle them. Guess I’m just spooked by their run game (even with our front) and run defense especially, and expect DJ to have to go into hero mode to keep us in it.

Hard for me to take the ACC presidents who snubbed WVU in the last realignment round at face value when I think of president Barker trying to rig our ranking in the hope we’d hit top 20 public school status. WVU need to be in the ACC and the ACC quite honestly need WVU. They’re a modest brand, but brands should matter more in this realignment era than media markets ever did.

I do think it will be a relatively low scoring game thanks to each front 7, but Daniels had an actual offseason to improve and grow more confident on his knee unlike last year and with whatever weapons he’ll have this year. They’ve known Pickens will be out since the spring, it isn’t like he’s a last minute loss they suddenly have to mitigate. But because they were in a low scoring game against a mid major 8 months ago, just a few weeks on from having his repaired ACL cleared for game action, Clemson should have an easy time with him?

I like DJU and our WRs much better of course, but to think Daniels isn’t likely to be the best QB they’ve had in years — when QB is really all they’ve lacked — based on a game against a very good defense 8 months ago…seems wishful to me.

As an elitist snob I hate it but at least we wouldn't be the worst rednecks in the league anymore!

Kidding, kidding…it would be a good move. Overlooking academics like the ACC did for Louisville, WVU is the only no-doubt, makes all the sense in the world expansion target. Not sure how this new alliance will view any further expansion though — the B1G and Pac12 might not think the ACC are gentlemen anymore

Ehhh see talent isn't THAT comparable, they're either better or it's at least a push for them everywhere except our WRs vs their DBs

Our front 7s are both elite but I like their OL to hold up against our DL far better than ours against theirs. I don’t see how we run the ball with this interior OL blocking for a back like Dixon. They’ll be more balanced on O but again, our passing O and D should be better than theirs and hopefully enough to get a W.

I’ll watch them closely next week and as usual talk myself into optimism. But if I wind up picking Clemson ultimately because "lol it’s Georgia and Kirby, it’ll go off the rails," that’s irrational homerism shining through even if I do think they’ll have a debilitating screw up somewhere. Daniels looks like that long-missing piece and they made a solid attempt to address their weaknesses in free agency. They’re just better than we are overall I’m afraid, and without their patented big game struggles, they should win.

There are a lot more bodies at safety, whereas only he and Simpson have experience at Sam, so I figured he’d get more looks at the latter early on this year. Though I am in total agreement he is more likely to positively contribute at the back end than at Sam. Oh well, if neither of us covered him I think STS will survive.

Edit: checked the pre camp depth chart and he’s 3rd or 4th string at both Sam and free safety. /shrugs/

I still think they’re better than us but we should be better through the air and hopefully keep it competitive. Them missing Pickens and the way our WR depth looks gives us a chance. I’d still put money on them especially with us somehow being favored.