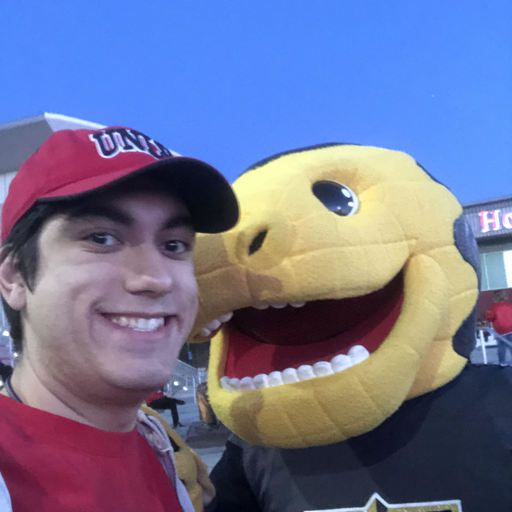 Mr. Automatic Daniel Gutierrez hits a field goal and UNLV has the lead back! Unreal!

The minute Brumfield went down, I thought the Rebels were finished, but they aren’t. Still have a tough battle ahead, but I have hope!

14-0 lead for UNLV against No. 22 Fresno State, I cannot believe it, especially after how this team looked last week against Iowa State. This is why Doug Brumfield is the best option for UNLV at QB. There are still three quarters to play, but let UNLV fans, like me, enjoy this for a moment.

The Good: FSU and SDSU

It’s good to see those two programs back play the way they usually do. Last year was so crazy due to COVID and both teams struggled. The Mountain West is always better when its teams with a long track record of success are doing well.

WE HAD A TATE MARTELL SIGHTING!

It was for one play, and it was a hand-off. Tate went to the bench and Cameron Friel threw an INT a few plays later. Where were you when Tate Martell got in for one play for UNLV?

How the Mountain West should navigate realignment, which can benefit basketball

UNLV’s defense looks a lot better, even though it is Eastern Washington, but the Rebels will take any improvements they see on that side of the ball.

Offensively, thank goodness for Charles Williams, or else the Rebels would have nothing. Rogers looks a little gun-shy with the ball, but Arroyo looks like he is going to stick with him for the rest of the game unless he gets hurt or turns the ball over (knocks on wood) a bunch.

Eastern Washington knocks down a field goal to score the first points of the game, EWU leads UNLV 3-0. The Eagles had missed on their first two field goal attemtps.

The sound system in Allegiant Stadium is god-awful, I don’t know if it was this bad last year or I just didn’t realize it last year. You cannot make out what the PA is saying, I didn’t notice it was the national anthem until I looked on the video board and saw the guy who was about to sing, it was that bad.

I am a little surprised, only because I thought Brumfield had a better spring, which might have given him a slight advantage in the fall. But overall, I think Rogers is a better QB, we just haven’t seen a lot from him due to his injuries. He looked pretty good against San Jose State when he played against them last year.

Forget Bama-Miami or Clemson-Georgia, this is the game of the week!

Based on the poll, it doesn’t look like the voters think so. But, I think the Rebels should get their first win with Marcus Arroyo.