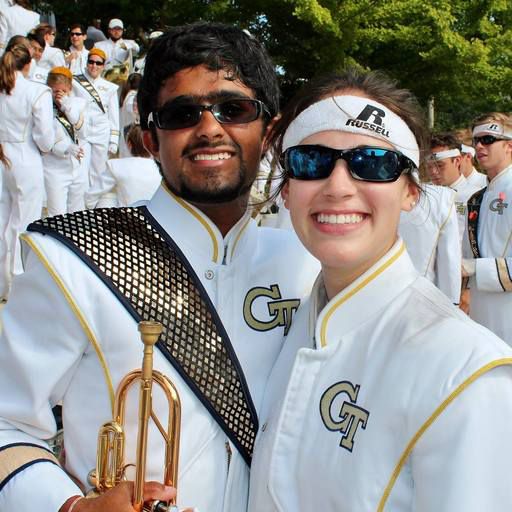 During my years in band I developed a philosophy that allowed me to brush aside losses to stay focused on supporting the team with everything I had despite how the season was going. I resolved to focus one game at a time so I could block out the historical trends and focus on attacking each game with everything I had, whether that was hyping fans up pregame or keeping my energy strong in the stands. It’s worked so far.

Also sometimes you just gotta expect the unexpected. Maybe this Tech defense figures out how to contain the run and limit the big plays while also being able to pursue the ball aggressively on the quick passes. Maybe the offense is able to offset the strength of the Clemson D-Line with cleverly designed plays. It may seem like a longshot but still.

commented on Georgia Tech Football: Advanced Stats Preview - GT vs. Clemson from From The Rumble Seat, Sep 17, 2021, 9:16am EDT

I have a feeling that if we pull this off somehow....

…it’s not gonna be by much. My most foolishly optimistic result would be GT by 7. Tops.

Notwima13's comment on Mailbag 9/8 Questions from From The Rumble Seat,

Obviously last game was not great. But being the foolish optimist that I am (look at my previous posts if you don’t believe me), here’s what I thought was good from that game that I want to see this team build on.

HelluvaBuzz's comment on Technical Tidbits 09/03: GT Football is back! from From The Rumble Seat,

Can we get to the quarterback consistently?

commented on Georgia Tech Football: What Should We Learn This Week - Northern Illinois from From The Rumble Seat, Sep 3, 2021, 1:17pm EDT

I don't care for predicting how we'll do...

…instead I’m gonna just take the season a game at a time and let the results surprise me. Who knows what could happen?

One major thing I want to see from this team....

…is a sloppy first half. There were a few games last year where Tech would turn it on in the second half but only after having either doing nothing or getting a good drive and then stalling out the rest of the half. We need to be able to start fast and never let go. An opening touchdown drive (ideally) shouldn’t be the only points we score for the majority of the first half of any game.