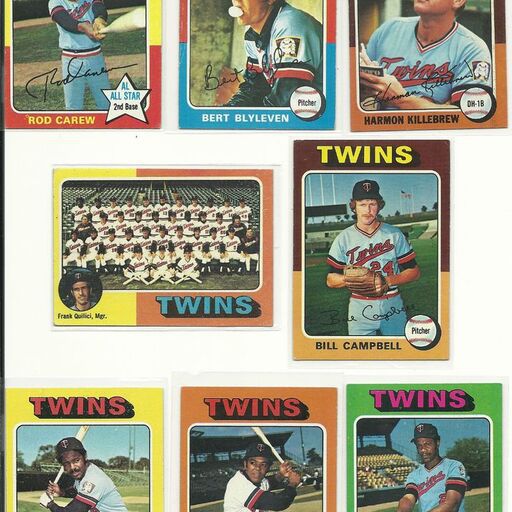 It happens to all of us during a losing season.... but come mid-November, with months to wait for actual baseball to arrive again, we'll reflect back on turning off a Twins games and wonder "What was I thinking???"

Hopefully Manfred’s extra inning "hurry-up-so-I-can-do-something-other-than-watch-a-long-baseball-game" rules will come to an end after this season, and fortunately they are currently not used during the post-season. The odd thing about some of these rules to try and speed up the game is that there are more obvious ways to do it. For example, soft-tosses over to first base when a man is on are really a waste of time, because the runner always get back to the base. They could require an actual pick-off attempt on a real throw which might cut down on the number of them. (I’m sure you remember Nomar Garciaparra and all the time he wasted each game with his constant toe taps and batting glove adjustments before literally every pitch). Instead of dealing with real issues like this, the league wants to change the core rules of the game by putting free runners on base, which completely contradicts the way baseball was created and meant to be played.

Actually, although it's a small sample size, he's taking walks.

Eddie homered again yesterday for Atlanta, going 2-4 with another walk. With just 54 at bats since joining the Braves, Rosario has drawn six walks and struck out six times. But he has 6 homers, 2 triples, + 2 doubles already for Atlanta, a big part of their offense during a playoff run. (Ehire Adrianza’s having a typical back-up season with the Braves too, so they might both get back into the post-season again this year. It’s probably nice having a teammate of the past four seasons playing with you on your new club as well).

Thanks for putting it out there.

I was going to say January 22, 2020, the day the Twins inked Donaldson to a guaranteed 92m bucks.

While he has started more games than I would have expected this season (114 of the team’s 150 matches), the "bringer of whatever" started just 26 of the team’s 60 games last year and was unavailable for the post-season series. Donaldson’s offensive and defensive numbers since joining the Twins are way below his career average, but for a team that’s been riddled with injuries this year, he has at least been available for quite a few games.

It’s odd to see Donaldson getting more love from the Toronto crowd than he does in Minnesota where he’s actually under contract….. or why he runs the bases on a homerun faster than a double play grounder…. but the Twins have at least two more years of his service, nonetheless. It’s not like anyone not named Polanco or perhaps Arraez has been any better.

gintzer's comment on When did you know this team would be bad? from Twinkie Town,

M.Grasso's comment on When did you know this team would be bad? from Twinkie Town,

What's most surprising is that NYY keeps losing at home.

If the Rangers come into town today and start putting it to the Yankees over the next couple games, then it’s probably the end of the line for them. Especially if Oakland or Seattle passes them, putting another club in between NYY and the second wildcard spot.

Rosario hit for the cycle for the Braves yesterday…. 4-for-4 with a homer, triple, double, and single in the Braves 3-0 win, increasing their division lead back to 2 games over the Phillies. Just glad to see him having fun playing the game again, after missing so much time to injury before the trade.

sioux1337's comment on When did you know this team would be bad? from Twinkie Town,

I think you meant Farrell, but yes definitely a rough start. Score is 5-2, so not out of reach yet. But that Jays lineup sure has some hitters in it.

James Fillmore's comment on When did you know this team would be bad? from Twinkie Town,

goaliemon's comment on When did you know this team would be bad? from Twinkie Town,

According to baseball reference, coming into today’s game, Bo Bichette has 4.6 WAR this year.

James Fillmore's comment on The zen of acceptance: maybe “it is what it is” is a less annoying phrase than we all believe from Twinkie Town,

Morneau said it best.... It sums up the Twins season. A glimmer of hope with a pitcher looking almost unhittable, and gets hit on the wrist. (Probably 105 MPH from 66 feet away)

gintzer's comment on The zen of acceptance: maybe “it is what it is” is a less annoying phrase than we all believe from Twinkie Town,