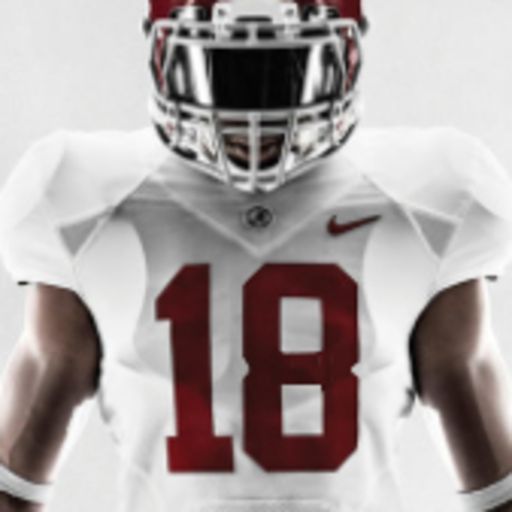 Not a fan of Marrone.

The week leading up to the Cincy game. The only game when we bullied people with 10 straight run plays.

Despite a relatively young roster and horrendous injury luck, we were still in it.

So this will be the season of Loki as far as I’m concerned, AND we still were in the game for 3 qtrs.

Those WRs and TEs who couldn’t catch the ball when the opportunity was there…GET BETTER!!

Despite all of our shortcomings, it was an amazing season and IMO Saban’s best coaching job.

Can’t wait til next season!

Still had chances but our TEs and WRs had too many dropped passes.

Just getting to the game was something, but I feared this would happen.

Proud of what they accomplished and we should be loaded for next year.

Well deserved. Hate it that we picked up another injury but y’all deserved it. Good luck and hope to see you next year.

The injuries and dropped passes are coming back to haunt us.

Alright so Hall is in now.

Let’s see what he can do. TEs still need to be able to catch. Just sayin.

4 targets to TEs so far.

Inteljumper's comment on What They’re Saying: Roundup of Predictions from Dawg Sports,

My heart and gut are struggling as well.

Hoping for a solid outing with no more injuries. Gonna grill steaks, sip bourbon and hope for the best (while I have the bourbon if the worst should happen).

My fear is performance in crunch time under the lights. Brooks has been pretty solid so far. You can’t get more clutch than the catch in the Auburn game. I’m hopeful that the TEs have a breakout game because I think we are going to need them in about 3-5 key situations.

I keep going back and forth on this one. My heart yearns for another natty, but my head looks at:

Look at the second half of the SEC Championship game after Metchie was injured. Points were hard to come by and Georgia seemed to bring more pressure.

So I think Georgia gets us this time by 1 score, IF SBIV doesn’t throw a pick-six.

Hoping for the best but prepared for the worst. Regardless, I’ll be grilling steaks and sipping Blanton’s. This year has been an amaizing ride from a relatively young team.

Will play a factor in this game.

That was a long drive home…

commented on Jumbo Package: Why Alabama is still an underdog to Georgia from Roll 'Bama Roll, Jan 7, 2022, 4:36pm EST

georgiaboyheath's comment on 3 (MORE) Things That Worry Me About Alabama from Dawg Sports,

genericusername's comment on 3 (MORE) Things That Worry Me About Alabama from Dawg Sports,

So you're saying you believe in Hope?

Those SEC Shorts are killing me.

I just think the score was a bit misleading in the last game. It really came down (as it always does) to 3 plays. Take 1 busted coverage and a pick six out and that’s a FG difference.

Of course I hope we win, but I’m struggling with the logic. We now have 1 true Frosh DB on 1v1 coverage and a JUCO transfer who has played in one game who are starting. Not good. We have our most reliable go to receiver out. Metchie had 96 receptions (the most) for 1,142 yards. Williams is faster with more yards (more go routes) but only has 75 receptions. The guys who will try to replace him (there are four other WRs who may rotate in) have 43 receptions COMBINED.

So if we’re more depleted than last time and ya’ll pressure more, should be a done deal.

I hope I’m wrong, but we will see.

I really think this should be your game if...

Georgia channels more of it’s second half pressure packages used in the SEC Championship game. IMO, Kirby was too conservative in his pressures during the first half, giving Bryce way too much time to throw.

The teams that gave us fits were the ones who said, "Eff it, we’re going to blitz all day long and let the chips fall where they may." Bryce was more worried about staying upright and didn’t have time to make the throws he wanted to make.

I was of course happy, but very surprised we won the SEC Championship game. To me this is about the line of scrimmage and limiting gifts to the other team. Whoever does that the best wins. Both teams are going to apply a ton of pressure on the QB. If Stetson doesn’t throw a pick six, ya’ll should have this game.

Another negative for us is not having Metchie this time. Notice offensive production for us once he went out of the game. He’s a great route runner with a high catch rate. We have a ton of unproven freshmen behind him. They are 50/50 with routes and catches. That’s tough to overcome.

Finally, we have picked up three new injuries in addition to Metchie: starting CB Josh Jobe, a right tackle and a guard. Metchie and Jobe are definitely out and the two on OL will be game time decisions.

So in summary just don;t give the game away and you should have it.

I said it. Now let’s see if they play a bigger factor this game.

At this point does it really matter?

I’m just numb to the whole thing. The better teams are going to drill the weaker teams and the biggest issue becomes injuries along the way.

commented on College Football Playoff National Championship: Predictions Round up from across the Nation from Roll 'Bama Roll, Jan 5, 2022, 4:29pm EST

IMO, It comes down to D-line pressure and how well o-lines block.

The bigger issue for me relates to defensive pressures from each team. The team that gets consistent pressure on the QB without giving up hot routes/scrambles wins the game.

For whatever reason, our O-line looked magnificent in blocking that game. Since I’m not a football coach, I don’t know all the reasons. I heard it was how we did difference snap counts, went silent, etc., preventing their defense to synch up timing.

If I were Georgia, I’d blitz with that D-line all game, taking the short reads away and let the chips fall where they may. BoB has struggled at times with quick pass plays (or at least it seemed at the time) when under consistent pressure.

This is just trench warfare 2.0. QB with the most time to distribute the ball wins. It will be a closer score and I hope we pull out another W.

commented on College Football Playoff National Championship: Predictions Round up from across the Nation from Roll 'Bama Roll, Jan 5, 2022, 12:43pm EST