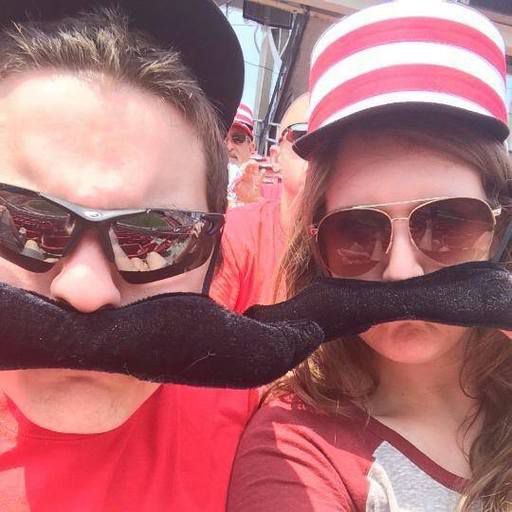 LandOfSkyBlueWatersGopher's comment on Minnesota wakes up late to survive Miami (Ohio), 31-26 from The Daily Gopher,

amiller92's comment on Minnesota wakes up late to survive Miami (Ohio), 31-26 from The Daily Gopher,

PaulHoynes'Mustache's comment on Guardians explode for four runs to avoid four-game sweep from Covering the Corner,

rencito's comment on Minnesota Football: The path to replacing Mohamed Ibrahim is one Minnesota has tread before from The Daily Gopher,

More of the same as Twins blank Guardians, 3-0

The thing is, I'm not an optimist

I just try to live in the space between optimism and pessimism. I can acknowledge that replacing Mohamed Ibrahim is going to be a problem for Minnesota without asserting that every other running back on the roster is a dud. It’s about being open to possibilities and not being resigned to a certain fate. I completely understand the instinct to shield oneself from the hurt of disappointment by embracing that disappointment as inevitable. But the truth is, none of us knows what the future holds. That’s why, in Fleck’s metaphor, our backs are to the waters ahead as we row. I accept that I’m blind to the future, but I keep rowing and take the waves as they come.

commented on Minnesota Football: The path to replacing Mohamed Ibrahim is one Minnesota has tread before from The Daily Gopher, Sep 7, 2021, 11:14am EDT

And then request that people not jump to conclusions on the opposite end of the spectrum after the Miami (Ohio) game.

Come on now. There is room for both your unrelenting pessimism and others’ blind optimism.

commented on Minnesota Football: The path to replacing Mohamed Ibrahim is one Minnesota has tread before from The Daily Gopher, Sep 7, 2021, 9:11am EDT

commented on Minnesota Football: The path to replacing Mohamed Ibrahim is one Minnesota has tread before from The Daily Gopher, Sep 6, 2021, 6:04pm EDT

amiller92's comment on Minnesota Football: The path to replacing Mohamed Ibrahim is one Minnesota has tread before from The Daily Gopher,

Howden is good to go

commented on Minnesota Football: Mohamed Ibrahim to miss the rest of the season from The Daily Gopher, Sep 6, 2021, 6:03pm EDT

Mohamed Ibrahim to miss the rest of the season

commented on Minnesota Football: Breaking down the breakdowns in Minnesota’s secondary vs. Ohio State from The Daily Gopher, Sep 4, 2021, 4:06pm EDT

Breaking down the breakdowns in Minnesota’s secondary vs. Ohio State

The scheme was never built around Ibrahim

The offense has been the same since Fleck got here. Zone blocking scheme and the RPO. Is Ibrahim the perfect back for their scheme? Yes. But Ibrahim was recruited to fit that scheme, not the other way around. I imagine the rest of the running backs on the roster were, as well.

No one’s arguing that losing Ibrahim isn’t a tough blow for the Gophers. But he was never going to be around forever. Minnesota was going to have to replace him eventually. People are acting like the program can’t score a rushing touchdown without him. No, the history of the entire sport (at Minnesota, especially) tells us that there are plenty of great running backs just waiting for their opportunity.

Just an oversight on my part

I meant to call them out, but my brain at midnight was evidently not operating at full capacity

I don’t like it, either. There were one too many people who seemed to be relishing the opportunity to make a definitive diagnosis. It’s gross, but so is much of Twitter.

I don't have any patience for this "Game. Set. Match." fatalism

And I’ll tell you why. Just three years ago, Rodney Smith tore his ACL two games into the season. The Gophers were already missing Shannon Brooks, who had suffered his own ACL tear the previous December. Conventional wisdom was that Minnesota was screwed, but oddly enough they didn’t forfeit the season.

Instead they turned to an unheralded redshirt freshman with one game under his belt. And I can guarantee you no one expected that redshirt freshman to rush for 1,000 yards that season, let alone win Big Ten Running Back of the Year two years later.

Is life going to be difficult without Mo? Absolutely. But you’re a fool if you think there isn’t talent waiting in the wings at running back. Mo is the latest great Gopher running back, but I promise you he won’t be the last.

I feel like we’ve explained this ad nauseum here on the site, but for whatever reason people can’t seem to shake this idea that the "run" in "Run Pass Option" is the QB keeping the ball. Now, there were a couple option plays last night that were designed runs for Morgan, but those were outliers.

The Elite, The Meh, and The Ugly - Ohio State