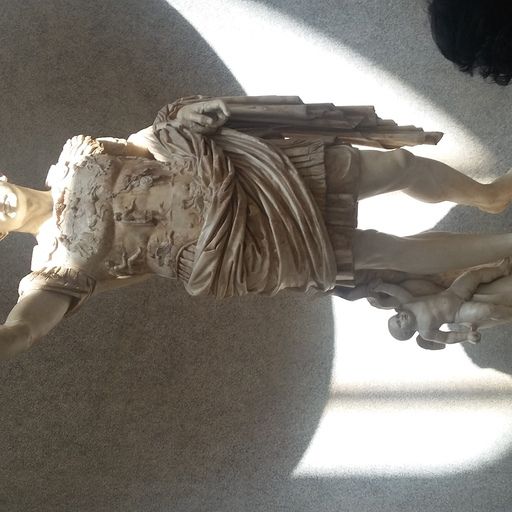 Good for the Rangers

I was hoping that the Tigers would land Gray. And, I don’t see that as an overpay. Would have been a nice addition to the rotation

Philly would give up additional prospects to dump Didi's salary

His contract is horrible. DD would have to give up something for the opportunity to dump him. They also have Stott who killed it in the AFL.

I hope that is sarcasm. If he was legit, some of the analysts would have noticed by now. But, weirder things have happened

I would like to see if Semiens would take 4 years at $30 mil per year.

We can all look at this as fans. But these analytics departments are so good at forecasting based on chase rates, exit velocity, launch angles etc. that they can give Avila and Hinch great insight as to future value of each player they are considering.

In some years, a player such as Baez would be the grand prize. He just timed his FA at the same time as the other great SS.

The balancing act is the contract. Being able to not overpay and hamstring your team from making other necessary moves as you reach the critical point of contention.

If you had a do over – would you have preferred to have Avila draft Abrams or Greene?

I think that they are both going to be very good, so it was a difficult decision. It was one where they had a choice of two good options.

But Abrams plays a premium position, more speed – more of a leadoff hitter. Greene will provide more power – more if a top of the lineup hitter.

I had read some more about Stott. I thought that DD would have him as the new SS to replace Didi.

They said that he is not quick twitch. The author was reporting based on AFL performance. He thinks that he has the potential to be a good bat. But thinks that he will have to move off of SS.

Where is the Tiger's Tatis?

No disrespect to Tork or Greene. But Tatis is on another level.

Prospect1500.com had a write up about the AFL prospects. They had this to say about Stott

Bryson Stott – Got my attention right away. He owns the box, works the count for his pitch, and consistently made quality contact, often driving the ball to left or left center. 21 walks to 12 K’s while hitting .325 and delivering a .456 OBP – good for 5th in the league. Also clutch, driving in 24 (tied for 2nd) despite only 2 HRs. Phillies may sign a SS, could move Bohm to 1B (if he hits), then Hoskins to DH (it’s happening, right?), and Stott to 3B by June?

One of the dumbest moves in the history of baseball

The Tigers were just full of high level/superstar talent all over the diamond and the rotation but couldn’t put together a BP to save their lives (no pun intended). Somehow, they thought it would be brilliant to focus the draft on college relievers. Instead of elite starters who could convert to the BP. Dumb, Dumber and even Dumber. That draft exploded in their face. But, then most of their drafts did.

I believe Kershaw was a HS draftee

Anything can happen. A flock of turtles could also fly over your house.

Would they take Baddoo and another mid level prospect?

Everyone would love Abrams.

He is blocked by Tatis, Machado and Cronenworth. He will have to convert to CF to get on the field.
I don’t see how the Tigers land him without giving up Greene.
Which in effect means that the Tigers swapped Greene for the player that they passed over in that draft.

Does anyone know if Cronenworth has played any SS? Isn’t he a Michigan kid?

Do you think that Story would get the same AAV as Correa?

If signing Story means that the Tigers can pick up another elite pitcher and even another needed bat. Then, my vote is to go with plan B. The sum of those parts may be greater than one player.

He seems to burn bridges everywhere he plays.

And, he would be easily replaced. I think that guys can slide over to 2nd – Kreidler for example.

Yeah. So he got to bumble around RF.

commented on AJ Hinch and Carlos Correa had breakfast together in Houston from Bless You Boys, Nov 19, 2021, 11:14pm EST

Sorry. I am sure that Ausmus is a very fine gentleman. Just not a good manager. He manages by the book rather than with his eyes.

commented on BYB Roundtable: Our staff reacts to the Eduardo Rodriguez deal from Bless You Boys, Nov 19, 2021, 11:11pm EST

It is difficult for me to feel sorry for Nick

They tried him at 3rd. He was a below average defender. They tried in the OF. He was a below average defender. They wanted to try him at 1st after Vic retired and position opened up. Nick’s position was, that the Tigers were moving him around needlessly. So, if they extended him he would consider the move. The Tiger’s position was, lets see how you play at 1st and we will then extend you.

They didn’t move him around because the Tigers couldn’t decide. He was getting moved because he was a poor defender and they were trying to find a place on the diamond to hide his glove.

A real team player makes the move. I also think that the fact that the Tigers were not competitive near the end of Nick’s tenure had a lot more to his unhappiness than anything else. It wasn’t like the Tigers were asking him to catch.

commented on AJ Hinch and Carlos Correa had breakfast together in Houston from Bless You Boys, Nov 19, 2021, 1:00pm EST

I can't remember where I read it

But it was a piece on the Yankees. It said that they don’t want to invest long term on the SS position because they have two elite SS prospects that are close. Oswald Peraza is probably ready later at some point next season. And the better of the two, Anthony Volpe, will be ready the for 2023 season.
The article said that the Yankees will look at a stop gap approach to SS to fill in for this season on a shorter contract and then either move him to 2nd or trade him.
The shine on Gleybor Torres has really dulled. He has become a liability with both the glove and the bat. He is still young, but his value has nose dived.

Another thought would be, maybe the Tigers can see which SS that is expendable with the Yankees and go trade for him.

commented on A healthy Trevor Story could be ideal for the Tigers from Bless You Boys, Nov 19, 2021, 7:50am EST

I don't see the downside to signing Peralta

I don’t know how much he would command. Maybe $3-4 mill at most? That is peanuts in today’s market.

commented on BYB Roundtable: Our staff reacts to the Eduardo Rodriguez deal from Bless You Boys, Nov 18, 2021, 3:35pm EST

I hope he is correct...but

someone I know, who is well connected in the baseball world, insists that Kreidler is going to be a utility infielder with the best case scenario of being an average MLB SS.

I like your friend’s opinion better. I just don’t see any of the analysts giving him that profile.

commented on A healthy Trevor Story could be ideal for the Tigers from Bless You Boys, Nov 17, 2021, 4:35pm EST

You can never have enough pitching!!!!!
It seems like there are no more Loliches in the world, where he pitched 370 innings in a season. That seems like the workload for three starters in today’s game.

I would think that the Tigers would be thrilled to get 200 innings out of ERod, Mize and Skubal and whoever the next pitcher is that they sign – like a Peralta. Probably 150 out of Manning. That would leave about 500 innings for the BP. That is the best case scenario. But of course, in baseball, nothing goes as planned. Most teams are using about 9 starters throughout the season. But, if I had to guess to an over or under number I would put it at around 150 innings out of each starter, which would leave 700 innings for the BP.

commented on Tigers make a statement with Eduardo Rodriguez from Bless You Boys, Nov 17, 2021, 11:04am EST

If the Tigers are really serious about winning, they will also get a veteran professional LH stick to platoon with Cabrera

That will allow him to slowly fade into the sunset.

commented on Tigers make a statement with Eduardo Rodriguez from Bless You Boys, Nov 16, 2021, 5:02pm EST

I don't think DD is interested in trading Stott.

He is their #2 prospect and is hitting very well at AFL. He would rather dump Didi Gregorius.
But if he was interested, the Tigers should check out what it would take for sure.

Since the ERod has an opt out on a 5 year deal – should he decide to opt out – can the Tigers then make a QO to get a draft pick in return?

commented on Tigers make a statement with Eduardo Rodriguez from Bless You Boys, Nov 16, 2021, 12:33am EST