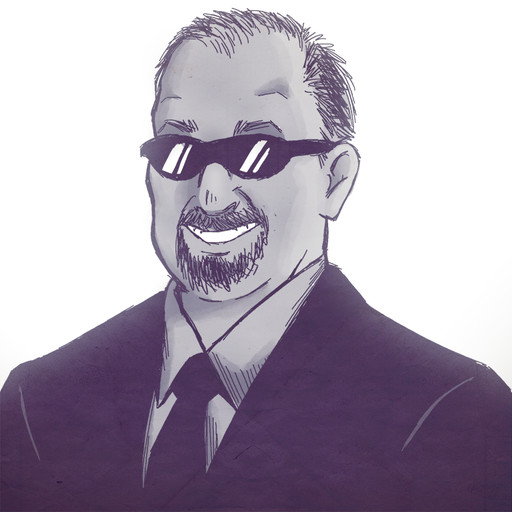 I liked Maverick and always insisted if he could fix his swing and hit .275 with 15-20 home runs, he’d be very valuable. He either can’t or won’t, so that ship has sailed. I think the overlooked part of this whole thread was DM’s trade of Moustakas to the Brewers for Phillips and Lopez. We know that DM had to trade Moose, but in return he got two stiffs. Neither made an impact, while Moose is still a somewhat productive major league player. That to me, in a nutshell, is DM’s fatal flaw: trading off major league talent and not getting major league talent back.
I will say though, that I like the looks of the Coleman kid, who was a PTBNL in the Rosenthal trade. Coleman was basically a throw in, not the object of DM affection. That would have been Olivares. Even a blind sow finds an acorn now and then.

commented on It sure would be nice to have a player just like Brett Phillips right now, wouldn’t it? from Royals Review, Sep 27, 2021, 3:49pm EDT

McGregor is a world class athlete. I doubt the pressure of a crowd bothers him. He probably feeds off it. Some people just can’t throw.
The all time best/worst first pitch was the young guy in Boston who uncorked one that hit a photographer in the nuts. I watch it for a good laugh whenever I’m having a bad day.

That McGregor first pitch was some kind of bad. It always amazes me when someone can’t throw a ball.

I went to a Quad City game a couple weeks ago and saw a kid pitch for the River Bandits (Class A) named Anthony Veneziano, a big lefty (6’6) with mid-90’s stuff. I wrote a bit about him in a story that will run next week. The kid looked tremendous and all I can say is if we have 4-5 better pitching prospects than Veneziano in the minor league system, then the Royals will have some decent pitching. I haven’t read much about this young man, but if he’s not in KC in two years (barring injury or mismanagement), I’ll be shocked. The teams future pitchers might not come from the top of the 2018 draft. There might be players emerge like Hernandez this season, and this Veneziano kid.

commented on Why we should temper our expectations about the 2018 draft class of pitchers from Royals Review, Sep 21, 2021, 4:53pm EDT

RoyalDUF's comment on The long walk from Royals Review,

Beloit by chance? I was just there on a fishing trip to Glen Elder. We also used to play Smith Center in the old NWKL before it disbanded after my junior year. We lost Smith Center, Osborne, Mankato and Belleville and picked up Sacred Heart, SE of Saline, Solomon and Lindsborg. Those were the end of the good ole days when those towns all had prosperous downtowns and high schools. Thanks for reading and commenting.

Thanks for the kind words and for reading. You wouldn’t happen to be in Mankato or thereabouts, would you?

Damn, this guys hitting about .150 against the league and .450 against KC. Just walk him or hit him with a pitch.

Maybe the Korean baseball commissioner is a Dr. Evil type guy, "We’ll fine him…3 million won. That’ll teach him!"
now the 20 games is a serious suspension. He should pay the fine in pennies.

I used to boo the Yankees back in the 1970’s, just because they were the Yankees.
I rarely ever boo now but lack of effort, a cheap shot or something like Baez and Lindor giving thumbs down would absolutely set me off. Nowadays I’ll even clap for the opposing team when someone makes an outstanding play. You got to appreciate excellence when you see it.
The last time I felt the need to boo was when Robinson Cano left Billy Butler off the home run contest at the All-Star game. That set me off big time, plus as Cano kept flailing away, the booing just went nuts. Sharks smelling blood. That was the sweetest booing I’ve ever heard.
At our local college basketball games, I set close to the floor and when the ref misses a call or travel, I have the bad habit of saying so in a somewhat loud voice. Unbelievably, sometimes the ref will make eye contact and give me a yes or no head shake. I probably shouldn’t do that. Reffing is a tough job.