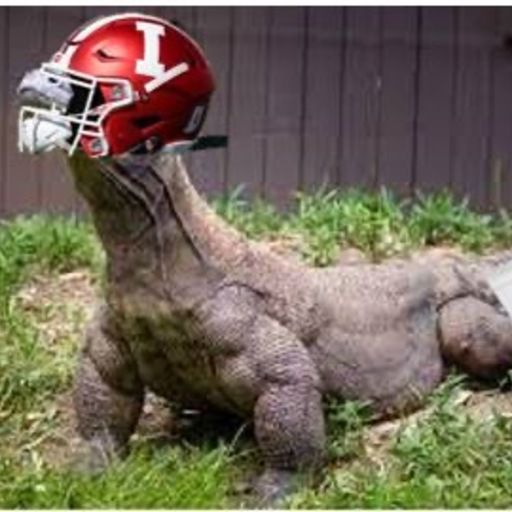 I expect more from the moderate state of Georgia.

Indiana should get more USC transfers.

But I can feel better.

First Hoosier TD of the year and it didn’t actually feel very good.

They won’t put an L in the loss column, but they can sure morally lose and make next weekend much less appetizing to the fan base.

I mean it was bound to be rough, but it got out of hand too quick, and then there was no spine to get back into it. Not sure how much we will learn tomorrow, but a win is a win.

The optics of this game are going to be important for next week. Go out and look good, gain momentum with the fanbase. Go out, try and not show the playbook and look crummy in either half…yikes.

danny_stew's comment on The Wave in the Time of COVID from Off Tackle Empire,

waw's comment on The Wave in the Time of COVID from Off Tackle Empire,

michael.vinters's comment on The Wave in the Time of COVID from Off Tackle Empire,

We got Trey Roberson first actually. Trey broke his ankle/leg in gruesome fashion the next year and then it was sudsy.

If memory serves, he decommitted from Indiana because Dusty wasn’t given the starting job over Edward Wright Baker. Both ended up leaving the team shortly after and we got….sufeld I think.

Kingdom come is my favorite, but I do love Superman Red Son too. It was a real toss up.

I drank the Kool-Aid.

Then encouraged everyone to drink it.

87 Rides A Surfboard's comment on Sunday Morning Comedown from Off Tackle Empire,

To be fair, that usually means what I don’t think will happen…happens.

Possible. I could see it. Not because Iowa is bad. Just because I think Indiana is explosive enough to put points up quickly. Could overwhelm Iowa and force Iowa to throw more which doesn’t sound like an ideal Iowa gameplan. Indiana is gonna throw down or up so that leans towards more points.

I think it’s gonna be tight overall. I just think it’s not really possible that Iowa blows Indiana out. Unless Indiana’s run defense just collapses on multiple drives over and over again.

That is a textbook example of a "fun fact."

What are some of the best guitar riffs/solos in the last 10 years?

He was a high school quarterback's comment on Indiana Hoosier Pregame #1 : Iowa Hawkeyes, Fun History, and Personal Ramblings from Off Tackle Empire,

I think that the talent gap between Indiana and Iowa on the lines isn’t some enormous gulf though. I also think Indiana is much more explosive on both sides of the ball. Sooo many weapons.

The Indiana Inferiority Complex wants us to think that just because it’s Iowa on the road, we should lose. Vegas pretty much has this as a jump ball on the road too. The only scenario I don’t think will happen is Indiana getting blown out. All other scenarios I think are in play.