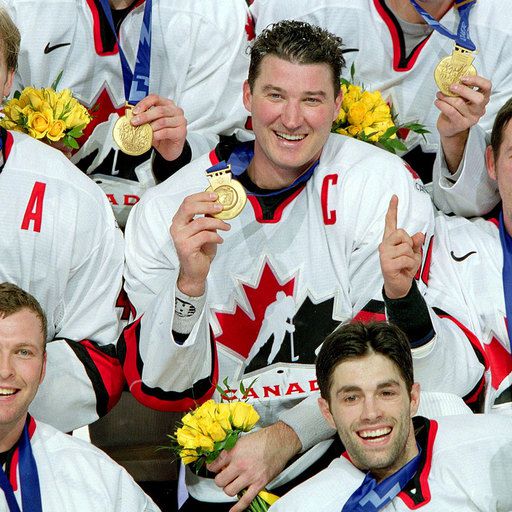 Started following the Pens as a kid during the early 90s, been a huge fan through the good and bad years since then.

Nick851329's comment on Announcement: A new commenting system is coming to PensBurgh from PensBurgh,

Yeah I would go down a rabbit hole once in a while and look at old articles and comment sections. Always fun to remember what an idiot I really am!

commented on Announcement: A new commenting system is coming to PensBurgh from PensBurgh, Sep 15, 2021, 6:27pm EDT

Will old archived articles still have the old format?

commented on Announcement: A new commenting system is coming to PensBurgh from PensBurgh, Sep 15, 2021, 3:57pm EDT

Nick851329's comment on Announcement: A new commenting system is coming to PensBurgh from PensBurgh,

We’ll adapt one way or another. It’s a good community here and the people make it good, not the comment format.

Simplifying adding twitter imbeds, gifs and managing image sizes will be good for everybody.

commented on Announcement: A new commenting system is coming to PensBurgh from PensBurgh, Sep 15, 2021, 2:04pm EDT

Agreed. Like Skyff said above, non divisional games so in the bigger picture it’s really not that big a deal. Assuming Sid doesn’t miss much more time than that.

Wouldn’t be the least bit surprised if the Pens scrape together 5-6 points in those first five games. Then go like 1-2 or 2-4 Sid’s first few games back and some fans start losing their damn minds, haha.

I’ve been watching clips of him off and on all night and am loving every second of it. Sobering reminder to appreciate great people while they are still alive.

brumagnus's comment on The $4ish million defensemen in the NHL aren’t what they used to be... from PensBurgh,

It’s fair to not have a lot of faith in Jarry, but "playoff loser" is a bit much after being the starter in exactly one playoff series.

Been watching some clips on twitter. He was so good. Kind of fell off the map for a while later in his career as comics often do, so I feel like there’s a lot of people who might recognize his work without actually knowing who he was. Absolute legend.

Thanks for that! I didn’t take anything as disrespect, I probably could have worded my reply different, just caught me a little off guard since nobody had brought up Rutherford at that point.

I agree with the idea of investing in good young players and giving them a slightly higher salary over a longer term versus the older way of the cheaper bridge deal followed by a potentially large third contract. Sometimes you win those, sometimes you don’t, but when you do win, you end up with a great player at a bargain.

HockeyLemieux66's comment on The $4ish million defensemen in the NHL aren’t what they used to be... from PensBurgh,

Skyff's comment on Answering five questions about the 2021-22 Pens season from PensBurgh,

Yeah, I agree. Though when "nothing" happens, like with Bozak, it gives people the impression he didn’t even try. We really have no way of knowing, but since the guy signed back in STL, it was probably never really an option, anyway.

I don’t really disagree with what you just wrote, especially when you remember the circumstances around MP’s contract. Though that’s quite an attempt to put words in my mouth seeing as neither of us brought up Rutherford originally.

I don’t hate the Marino contract but it does come with plenty of risk when you extend a guy after 50 some games like that. I think at worst he ends up on the low end of being worth it, while it has a decent chance of being a bargain in a year or two.

Right, but that’s not an option this season. Last season was also an abbreviated season with a ton of injuries to the blueline. Hopefully things look a lot more normal in every way. Petterson and Marino are both still relatively young, especially Marino with his limited NHL experience.

I don’t really care how the pairs shake out, I just want them to work and I don’t picture Matheson being the best option to pair with Marino

Yeah my guess for that price, he preferred to play there anyway. Unless the bonuses are really quite high

Ah yeah I just posted that on the new article. Who knows if it were ever really an option, but damn that’s practically a free above replacement level player.

Who’s to say he was ever an option here, but damn.

Oh for sure. Just so many good players on such a good team. It gets picked apart eventually.

They are going to remain awesome for a while yet, but it started with this offseason and it’ll continue where they slowly get players picked apart.

Nick851329's comment on Answering five questions about the 2021-22 Pens season from PensBurgh,

I wouldn’t over think it. Any other team has a second tier offensive defenseman who struggles defensively gets "sheltered" but for some reason people don’t think that can be done with Matheson.

It’s not like Pettersson and Marino are incompetent offensively, they should be able to support the good forwards on this team even if they don’t put up big numbers themselves.

Not saying it would work for sure, but I really think you need to give MP-Marino a real shot and put Marino in the best position to grow. If they don’t work out it can always change

MP is much more Dumo-lite, IMO.

A lot remains to be seen about where Marino settles out as an NHLer, but he’s shown a lot more puck skills than Dumo ever has. Translating that into consistent play is another thing.

Yeah, I’m on board for anything that actually works, but I have a hard time picturing Matheson and Marino being great for Marino’s development.

If it were my call, I’d be starting with MP-Marino and Matheson-Ruhwedel/Freidman as my second and third pairs. If anyone plays their way into deserving a promotion or demotion from there, the so be it. But to me that’s how it should start.

BWyant's comment on What could Radim Zohorna bring to the Penguins in 2021-22? from PensBurgh,