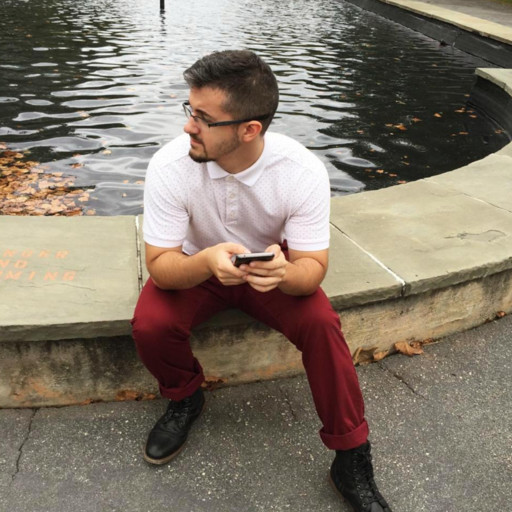 Congrats to both of you. Always cool seeing frequent commenters get time on the front page. Pumped to see what some new voices bring!

commented on Site News: Welcome Jared & Stephen to All About the Jersey from All About The Jersey, Sep 8, 2021, 7:30pm EDT

Jared W Moore's comment on Site News: Welcome Jared & Stephen to All About the Jersey from All About The Jersey,

Stephen Schnoor's comment on Site News: Welcome Jared & Stephen to All About the Jersey from All About The Jersey,

I’m happy to do that in my free time if you’d like.

jtclockwork's comment on Does Andreas Johnsson Make the 2021-22 New Jersey Devils Opening Night Roster? from All About The Jersey,

Lol, but for real, IMO Andreas Johnsson’s ceiling AND floor are both substantially higher than whoever we’d have replace him at the bottom of this lineup — Thompson, Foote, etc.

Of the options available, he’s the only one whose floor is still "NHLer". His lowest GAR/60 in his career was 0.215 — that’s just above where Yegor Sharangovich was this season. He didn’t score, but his 200-ft game made him an effective bottom-sixer in limiting damage, and an effective top-sixer in covering for young forwards in the DZ. Devils controlled a higher percent of scoring chances (58%) in defensive zone shifts when Mango was on the ice than any other skater and his #1 linemate (Jack Hughes) controlled more scoring chances and goals and with (58%, 57%) Mango than without him (56%, 47%). Hughes possession and xG numbers went down, but not significantly.

If we have postseason aspirations, Johnsson can slide in the bottom-six in a shutdown role, or serve as a top-six placeholder in the event of injury. Its not clear that any other depth wingers can do either of those things, let alone both. He’s been an effective NHLer his entire career, the only difference is that this year he had the lowest on-ice sh% percentage on the team and he had the worst individual sh% of his career — both of which smart money would have regressing back upwards.

Name: CJ Turtoro
Where are you from? Born in Wood-Ridge, NJ. I moved to Clifton about a year ago.
What do you do? I’m a high school teacher, college adjunct, and freelance data scientist. And until like 24 hours ago I was a writer at a website called "All About the Jersey".
When did you become a Devils fan? Don’t remember ever not being a Devils fan. There’s a picture of me sitting in the Stanley Cup as a 3-year-old.
Best Devils memory? I was at the "Henrique, It’s Over" game, so that’s tough to beat.
Best game you’ve ever seen in person? (See Above). My second favorite, John actually revisited last year at one point.
Favorite all-time Devils player? This has changed so many times it’s tough to keep track. The first "favorite" player I remember was Bobby Holik — he had an eye scar at one point that I thought was cool cuz I was like 8 or whatever, and I met him at an autograph signing that year at a Ford Dealership with Patty. I was a goalie growing up in every sport that had one (hockey, soccer, lacrosse) so Marty was obviously my idol. And in the years since, I’ve loved Elias, Rico, and … of course … Blake Coleman.
Favorite non-Devil hockey player? If Jagr doesn’t count (I liked him regardless of where he was), then I have to go with my computer boys — Mark Stone. He’s a frequent WAR leader and if you watch him play it’s obvious why. He’s somehow a smooth-skating bulldog with great hands. And he’s got an infectious attitude too. After him, Great American Hero T.J. Oshie. Also a stats darling, but, more importantly, a goddam patriot.
What else do you want to tell us? It’s Taylor Ham. Central Jersey exists. And NY pizza is not only worse than Jersey pizza, it’s worse than Jersey AND Connecticut pizza.

Thanks! And no worries, I’m sure John will let you know lol.

Thanks! The appreciation is mutual.

Yeah I’ll be the same insufferable twerp on there that I’ve always been so no worries.

Thank you! And if you felt not smart enough at any point, it was on me for poor explanation lol.

Thank you for the kind words! Glad to have broadened horizons. You guys have done the same for me I assure you.

I’m actually teaching more now lol. Adjuncting in addition to the HS teaching. Part of the reasoning for stepping back from regular writing.

Crap … @John can I have my writer powers back for a second?

jtclockwork's comment on Devils Poised to Dominate Run of Play in 2021-22 from All About The Jersey,

This felt more poetic. I’ve been depressing you guys for 7 years lol.

NJmetal15's comment on Devils Poised to Dominate Run of Play in 2021-22 from All About The Jersey,

I credit Monsieur Fischer with stirring the drink, but I’m happy to have helped lol.

Listen, I’m just as shocked I didn’t get cancelled ages ago. I think once we weathered the Cory Schneider liability piece they were stuck with me lol.

FrankG929's comment on Devils Poised to Dominate Run of Play in 2021-22 from All About The Jersey,

That was some delightful locution at the end there. Thank you for your support and comments over the years ESR. It’s much appreciated, and I’m happy I was able to bring something novel.

WEPoppins's comment on Devils Poised to Dominate Run of Play in 2021-22 from All About The Jersey,

Worth noting that "The New Jersey Devils" as an identity was very much still in flux entering this year. We had a new GM, a new coach, and a new captain. This year we’ll have a much better chance of seeing what it means to be a Devil in 2021 and the future.

I think what makes AAtJ great, beyond all of you, is that all the writers all have their own voice. Obviously mine was statistical, but just because I do more math doesn’t mean I’m smarter/better/righter than all the other contributors — on several issues it has meant quite the opposite (damn you, Will Butcher). John has cultivated an excellent writing corps and I’m sure it will continue to be just as great in my absence. I look forward to commenting on their work just like all of you!

It’s easy to put effort in when there’s a good reward. And going 15 rounds with y’all on whether or not Pavel Zacha is any good is as much a reward as anyone could ask for!

Thanks for the kind words. I’m sorry to be leaving! I’m still be around in comments and whatnot though.

I really do think the Devils are going to be a tough team to beat 5-on-5. They were already making big strides last year, and the additions all specialize in that same area. If we can just be competent on special teams, the even strength play could take us far.

Seven7Devils's comment on Devils Poised to Dominate Run of Play in 2021-22 from All About The Jersey,