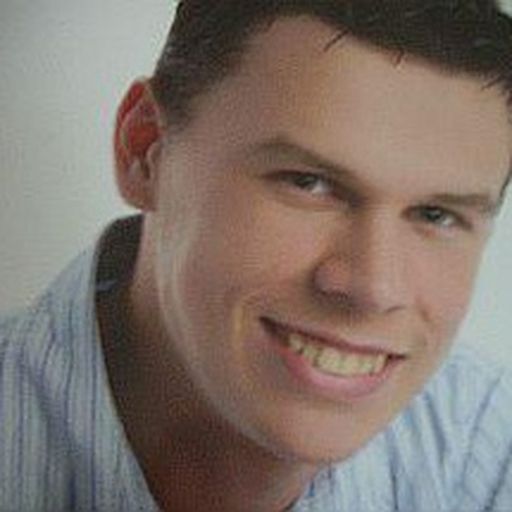 Could you imagine an American front 3 at one of Germany's biggest and best clubs?

That would be so cool just from a fan standpoint but maaaaaan it would make us awesome in the long run too.

Hopefully Ricardo wises up and stays away from Wolfsburg

I think they just fired their manager last week. That place seems like a bit of a dumpster fire right now. Dortmund would be fun because it’s entirely possible he and Reyna will get a lot of PT together and that can only help our NT chemistry, if Pepi indeed is "the guy" for our #9 spot.

For someone his age, I think the best move would be to find a mid table team that’ll give him a lot of playing time and go there for a year or two. The right place can continue his growth and then, potentially, he could be sold to a big club (in an ideal world)

But that’s mostly because I just want to see the USMNT play in more critical matches. It’ll make us better, sooner, IMO – that said, I feel like qualifying for a WC every 2 years would be a nightmare. We’d be doing WCQs in every window, forever. It already takes like 18 months to sort out qualifying as it is

commented on USMNT midweek viewing guide: Straight into the mixer from Stars and Stripes FC, Oct 20, 2021, 10:17am EDT

That's a dude who values having fun over all else

He just happens to be an ultra-extreme talent. He went around high fiving fans after he was subbed out! (For the record, I love it)

I think that is a fair assessment

If I were going for a grad degree in some kind of sports psychology, I think a study on fan behavior in differing environments would be fascinating.

College football games have lunatic environments – maybe as loud and raucous as any event across literally anything. Tennessee’s stadium holds 100k people. ONE HUNDRED THOUSAND – what is it about college sports that attracts so many more people? Is it the pricing? Is it the extreme likelihood of winning? Is it wanting to whoop your rival? Is it once-a-week games?

The casual thing – I dunno, casuals = new money, but it’s probably not recurring new money, if that makes sense. They just want people to go to the games so they make the tv experience as miserable as possible (looking at you, baseball), but ticket prices are so wild, an average family might be able to go to one football game a year. I think it’s all a mess, this country prices out the average fan, I think. Maybe that’s why college sports are so popular, they don’t price out average fans.

I don’t know, but I’d love to read some studies on it.

Whether he misread the ball or he couldn’t get to it because it was a physical impossibility, he leapt at full stretch and couldn’t get it on target. It’s not like he was standing there and just failed to put it on frame

MRob plays 3 ATB all the time for ATL, so he would at least handle his side of things

Why would it not be authentic even if we didn't come up with it?

Maybe if they were just kinda going through the motions doing it and weren’t that loud. But the dedicated folks we have are just as dedicated as any other country’s, so I don’t see how it’s fake. It’s not like trying to drum up a baseball crowd in the middle of June when your team is down 12-0.

I’m curious as to what folks’ expectation of this is.

Some notable original (maybe…) chants I can think of:

The University of Georgia fans, on every kickoff, yell "Gooooooooo" until the ball is kicked, then they yell "Dawgs! Sic ’em!" and then make "Woof" sounds 7 or 8 times.

The Denver Broncos (I think it was them), when their defense was REALLY good, any time there was an incomplete pass, the crowd would have an absolutely thunderous yell of "IN-COM-PLETE". That would have me all kinds of screwed up if I was a QB having a bad game. I don’t know of another team that does that, but I haven’t looked it up to be certain.

They’re all essentially some kind of gimmicks, aren’t they? Just some more used than others.

We should start a country-wide chant idea survey

We’d probably get some good ones at that point, then we just need the big fan groups to embrace them, problem solved.

That's the thing, who knows where the thing actually originated

"The chant may have been inspired by the film 300 released in 2006.3 Some believed the chant was first used by fans of Scottish club Motherwell F.C., while others suggest it had been performed by fans of the French club Lens more than two decades prior.4 Fans of the Greek side PAOK have also chanted "PAOK" on the clap of hands since the mid 1990s.5

Styrmir Gislason, the head of the Association of Icelandic Football Fans stated that the chant was inspired by Polish football chants.6 During the UEFA Euro 2016, Iceland performed unexpectedly well and reached the quarter-finals, and the performance of the chant by their fans drew the attention of other European fans, who then also performed the chant.7 It has since been adopted by fans in many countries worldwide.2"

I recognize any college professors in here will scoff at Wikipedia for information, but clearly the folks behind this particular article don’t know exactly where it came from, either.

People borrow (use, steal, copy, whatever) from other cultures all the time. Just look at Florida State, Kansas City Chiefs, and (unofficially now) the Atlanta Braves with the "chop". How much of this country is original, anyway? It’s not like the land we live on was ours originally. We’re widely considered a "melting pot" country, so maybe someone from over there suggested we use it to begin with. Hell, thousands of pop songs are written with the same four chords.

I guess my point is that countries like Iceland just popularized something that was already out there, but it doesn’t necessarily mean it was theirs to begin with also, so I personally don’t see a problem with using it.

I suppose that is fair. When ATL’s fans do it, it is wildly loud. It’s one of my favorite things to hear during their broadcasts

That’s one of the best ones we have.

But correcting this ultimately falls into one of two categories

1 is unlikely, and 2 might break US Soccer. I fear that if 2 happens, the powers that be will push MLS talent onto the MNT harder than ever IF Gregg stays (and he likely wouldn’t if 2 happens) -

Tata would’ve told US Soccer to F off the moment they tried putting some MLS nonsense on him. Ugh.

Fortunately, Gregg went with a lineup just about all of us would be proud of today, and it eventually delivered. The subs were good. It gives me a little hope that he recognizes his MLS people are just not up to task. And it’s not just the MLS people – I think MLS has created some great players, but they went on to bigger things (Adams, Almiron, Aaronson soon to be Pepi, etc. etc.) – it’s these MLS lifers we have, they’re just not the same quality of player. Perfectly fine soccer players in their domestic league (probably, maybe…), but our domestic league is not a top tier league. Imagine if Dest and Pulisic went 1v1 versus Lletget and/or Acosta. Yikes

And those four have shared the field as teammates.

Ant and Aaronson were awesome together

Those two, for whatever reason, play off each other really well. You can start some gnarly attacks down our left side with those two. I suspect, and hope, that Pulisic will take that and supercharge it, as he can attack 1v1 in better ways than Aaronson can.

To be fair to Zardes

He actually had some nice moments when he came on. Granted, those moments were highlighted by not one, but two times where he used himself as a bowling ball and blocked passes from the CR player that ended up falling at our feet

I think Pepi needs to get bigger/stronger

I’m not saying he has to be Lukaku, but he seems a little gangly when he runs. He’s one of those people that could get faster simply by putting more power to the ground.

Pepi has good awareness though. That back heel attempt he had late in the match was pretty clever.

True, we have a bunch of folks and only really one spot to put them.

Weah at striker is extra intriguing. His athleticism is off the charts, and as we’ve seen today, he can put his laces through one. I feel like he (or Hoppe) and Pepi would make an interesting 2 striker combo.

I’d be curious to get this board’s thoughts on if we’re asking too much out of our 9, or if we simply don’t have a true international quality 9. Even Messi and Ronaldo don’t score that often for their country (as in, scoring every game as opposed to goals per game, since Ronaldo has 10 Int’l hat tricks that account for 30 of his 115 goals across 185 caps)

But Ronaldo and Messi score at nearly one goal per game for their clubs, as does Mbappe, but they score at about half their usual rate for their country. Same for Lewandowski.

We have nobody even remotely close to that for their clubs. The closest might be Pepi but he’s averaging half a goal per game (in MLS where defenders are often not the big money players b/c salary rules) – Zardes averages a half a goal per game for his club, and about a half of THAT for his country.

Since we don’t have one of those, the Reyna False 9 strategy almost seems like the superior option. Reyna’s a hell of a talent, and easily a better soccer player than literally anyone we can put at the 9 (maybe even Weah). It’s an interesting thought, for sure.

He just does things the others don’t. When that cross to him was overcooked and he overhead kicked the ball to his teammate in the box, who else in our entire pool does that? I can’t think of anyone. He’s just in open spaces on the attack so much, and he’s not selfish, though he unleashes the Hoppe Howitzer sometimes. AND he’s got that dawg in him.

No idea who you’d take off for Reyna. McKennie? I feel like that’s a different skill set and McKennie is a baller in the air.

You absolutely cannot take off Adams or Musah.

I really don’t want to take off Weah, but Weah might be an absolute dynamo 60’ sub

Brooks lacks the athleticism we need to make up for the fact that our wide players go bombing up the field like lunatics.

I want to see more of Hoppe at the 9. He was open several times in the little bit he was on the field. AND he created a couple small chances for his teammates. You can’t teach what he has

Adams allows McKennie and (whoever) to roam free – finesse guys like Busio can really thrive with that kind of freedom. I seem to recall Busio being bogged down in the middle before.