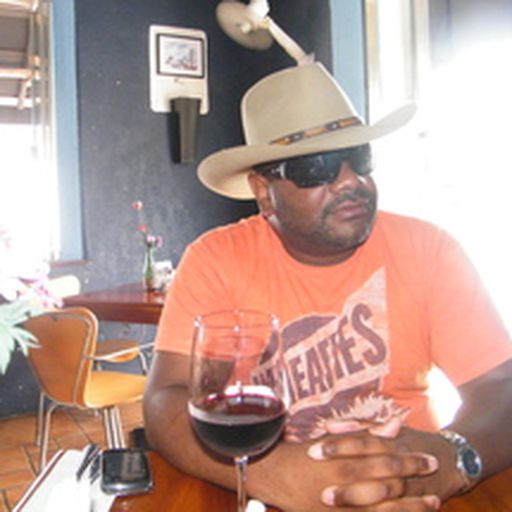 I think she has, too, but as I mentioned above in another comment, that’s through the lens of someone that watches volleyball, wrestling, and other non-sports. Those programs are not only improving but some, like men’s soccer and volleyball, are literally national championship contenders.

But there’s a small part of the fanbase interested in those sports other than maybe a cursory consideration when they’re doing well. Take all of that out and focus only on football and men’s basketball. Once you do that, I don’t think the opinion of her is nearly as high — especially because Capel was her hire.

As someone that has sat on that visitor’s side in the lower bowl, your point about the heat is spot on.

Yeah, that crowd announcement, as they always are, is based on sold tickets. The actual crowd was very light.

I’m interested in the Lyke dynamic because she has done an incredible job with all of the other sports. The problem with that, of course, is that it’s football and men’s basketball that move the needle — and those are maybe the two programs underachieving the most. As someone that follows many of the non-revenue sports, Lyke looks like she’s doing a great job. But those following only football/men’s basketball would probably disagree with that.

She’s got two really interesting decisions. Capel was her hire so maybe he gets a bit more time, but that team has been bad. They’ve made only moderate progress when you look at last year and the guys leaving the program mid-season is really a black eye on Capel. It’s one thing to lose transfers — all programs do these days. But when you’ve got guys packing up in the middle of the season — starters, no less — I don’t know. That’s an entirely different situation.

The football team is at least finishing over .500 regularly and getting to a bowl. As bad as things are for the football program right now, it will be very easy for them to slip back to five- and six-win seasons. That’s what makes that decision tougher. But unless Pitt makes some sort of miracle turnaround, you have to start asking when they get to the next level. And if they couldn’t do it this year with this schedule, it’s hard to see it happening anytime soon.

I told a friend about the Tennessee game last week. Pitt was fortunate that Milton was so inaccurate. That easily could have been a loss.

Oh, come on. You really felt as if Pitt would lose this game? That’s insanity.

This is the worst loss in Narduzzi’s tenure here. Pitt had lost these games under Paul Chryst before. In the seven years, Narduzzi has been here, they’ve never had such a loss. If someone came into this expecting Pitt to lose, I’d love to hear about it. And no, I’m not talking about the tongue-in-cheek sort of comments that say Pitt beats Clemson but loses games like this. There is not a single Pitt fan that I know of that would have expected this result. Pitt was a two-touchdown underdog.

The funny thing is, I think people would appreciate Pitt more if they just cashed in some of these opportunities. I’m not talking about individual games — I’m talking about carrying that momentum forward.

In 2015, they get into the Top 25 at 6-1 then lose to UNC at home. Then they’ve got a chance to finish the season ranked and get blow out to Navy in the bowl. 2016 they beat Penn State, beat Clemson then lose the bowl to Northwestern when they have a chance to finish the season ranked. 2019, they get to 7-3 and have a shot at 10 wins but lose to VT and BC. Time and again, every time they’ve had a chance to take that next step, they just come up short.

2018 when they got into the ACC title game was the lone year they really cashed anything in. And even that ended up with the loss to a Stanford team in the bowl to give them a 7-7 record.

That’s interesting — I’ll trust that statistic. He still seemed to have a bunch of small gainers to me but perhaps it wasn’t that bad.

Yeah, I have really tried to hold out hope that Narduzzi could get Pitt to ten wins. At first it was the way he revitalized the fan base. Then it was beating Penn State. Beating Clemson. But I don’t know what evidence there is that he’s getting this team to the next level. And if he’s not, you either remain content at where you’re at or you make a change.

Well, that sounds worth listening to, haha. That’s crazy.

I’m interested to see if Narduzzi can pull off a reset. The one thing he said that I did catch was that the team’s goals were still attainable since it wasn’t an ACC game. But as someone pointed out, Pitt was flat out outplayed today. If they weren’t clearly better than Western Michigan, expecting them to beat the likes of Virginia Tech, UNC, and Miami is probably too big of an ask. They have time to fix things but they also have some really glaring issues.

Well, he got 12 last week and wasn’t great. But I don’t think Vincent Davis deserves to get the bulk of the carries again next week so we could see Izzy again soon. It just seems like there’s such a lack of a hierarchy at RB and Narduzzi always says it depends on practice. Who knows, Sibley could be #1 next week at this point.

I agree that Lyke may not bite if Narduzzi wins 7-8 games. And as you said, things could certainly be worse. Pitt could just as easily regress back to the 5-7 and 6-6 level with little effort. I don’t think people want to hear that but I think it’s entirely possible that Lyke retains him. I suppose my question to her would be, when does she get to the point where she demands more? Or doesn’t she? Is this the ceiling in her mind?

If Pitt doesn’t get to that next level this year, it could be a while before they do. That could be hyperbolic just because the transfer game can change teams overnight. But I don’t expect next year’s team to be as good and, Pitt has glaring holes in the running game and in the secondary. And, as I mentioned, there’s no clear-cut answer at QB beyond Pickett, either.

Narduzzi’s look at the end of the game said it all to me. He knew this was horrible when he paused before heading onto the field.

It’s funny. Vincent Davis is the one that’s had the most opportunity and done the least this year. Hammond got a look on that one fumble with the missed exchange but that was really it, today. There are definitely different styles on the team among the backs. But the coaches must not like any of them enough. I think after today, they’ve got to try someone different next week. Davis leads the team in carries and has the fewest amount of yards per carry (2.8). You just can’t keep that trend going — it makes too much sense to put someone else in there.

He’s gotten them into the Top 25 once or twice, but not nearly enough. And it’s sort of been their ceiling … like getting enough votes to just occasionally get there. It’s definitely not enough for being there seven seasons. I don’t expect them to be continuously ranked but Pitt has hovered in that 25-45 range most of Narduzzi’s career. At some point, you’ve got to get beyond that.

I expected to be able to run the ball in the second half with the offensive line sort of just wearing them down. That never happened. I was surprised the line didn’t just take over. They seem to be good enough in the passing game to give Pickett time but Pitt can’t run at all. And while I don’t think the running backs are necessarily that great, we’ve seen guys like Vincent Davis have outstanding games in the past. I don’t think those guys just forget how to run so I don’t know what you attribute it to, other than the line.

Yeah, looks like a throwback style — not sure if it’s a nod to Majors or not, though

Yeah, not sure what A.J. Woods was doing there. Looked like he was maybe off balance but he complete whiffed on that guy.

Oh, I’m here … doing some work in the background but watching every play.

Well, things are looking up

Guys — thank you. Very kind of you and you can all trust that I’ll still be following Pitt sports way too closely. I won’t be writing nearly as much about them but my enthusiasm and love for the teams isn’t changing.

This site never would have made it this far if people weren’t reading. And I’ve loved hearing you folks here, via email, and on Twitter about how important the site was to them. That makes me legitimately smile.

I’ll be around — commenting and writing on occasion. Thanks to all of you for being a big part of this journey and the backbone of this site.