DGreenwald's comment on What We Want to Happen Today 9/18 from The Blue Testament,

I'd definitely be more interested in a league where everyone can't pick the same players.

More like Fantasy Football I used to play in the NFL. It’s no fun if we all get the same players.

Apologies to Mr. Greenwald for doing this podcast instead of making one with you.

I like that SKC play out of the back.

That is how they carve up teams that press too high.

But I also agree, sometimes they are too beholden to it. Sometimes, trick them and go long. Sometimes, just lump it up the field to avoid a stupid turnover when you are pinned too deep.

I think, because it was 4-0, I was only half paying attention late in the game while I was trying to see who was warming up and Minnesota didn’t make KC pay, so I’ve blocked out the mistakes against Minnesota.

The first half was competitive.

For a while. Then it wasn’t. I’ve basically come to the conclusion, if you don’t bunker against KC, you may get a goal, but if you don’t and KC score first, they are capable of running it up. Minnesota had a bunch of near misses early, but once SKC started scoring, that was it.

Agree with this too Chzbro

I’d either like meaningful sub minutes, or loan them to SKC II so they can get full (or nearly full) games.

And I would only call Kuzain a bust so far from that list. Smith wasn’t HG. Harris, as you point out, has no meaningful minutes in situations that were positive. A lot of these guys are new signings who have either never played a regular season game (Cisneros, Pierre) or almost no minutes (Davis’ 1 minute cameo).

But I whole-heartedly agree. If you aren’t going to make subs earlier when you are up 4-0 (or down a man and down 2-0, then 3-0, then 4-0), when are you going to? It felt like in the press conference last night Peter was like, "aren’t you happy, I made subs." But I’d say they should have come much earlier.

The team will never tell us what it is. Felipe can decide how much (or little) he wants to share when he gets back.

I haven't heard him call non-SKC games. I knew he was doing some stuff for FS1

I also hadn’t noticed the players being uncomfortable. On their morning show I always kind of took it as a joke with Steven picking on Nate. I think Nate owns his fanboy nature, but I hadn’t taken it as players being really uncomfortable. I mean, Benny and he used to have that vibe and Benny plays on his over 30 team.

I agree on the playing out of the back.

I thought it was fine. There were shaky moments towards the end of the game, but they were clearly in cruise control.

Agree on your other points though.

On Salloi, it won’t show up on the stat sheet but he puts in dangerous shots that lead to the Khiry goal and the 2nd goal against Chicago that Johnny taps in. It’s not an assist, but it’s just as good as one. Maybe tonight is a little friendly as it was at Miller, but he couldn’t handle it. Shelton made a solid finish though. That’s no gimme on the header.

I'll have to look back at it.

He had the ball that setup the PK. I feel like he had another pass before the pass too. Maybe I’m misremembering.

Late in the game he needed to get off for sure. PV told us in the presser he put Davis on because he needed to give Roger a rest as he usually doesn’t do "cameos." It felt at least 20 minutes too late, but arguably 30 or more.

I think he owns that. He tries not to be a homer (as I do), but it’s hard. I haven’t heard enough Peterson games to form a strong opinion one way or the other.

And he created a PK later.

He’s having a half for sure.

As for Pulido, Walter and Kinda

No Reynoso, so that's good 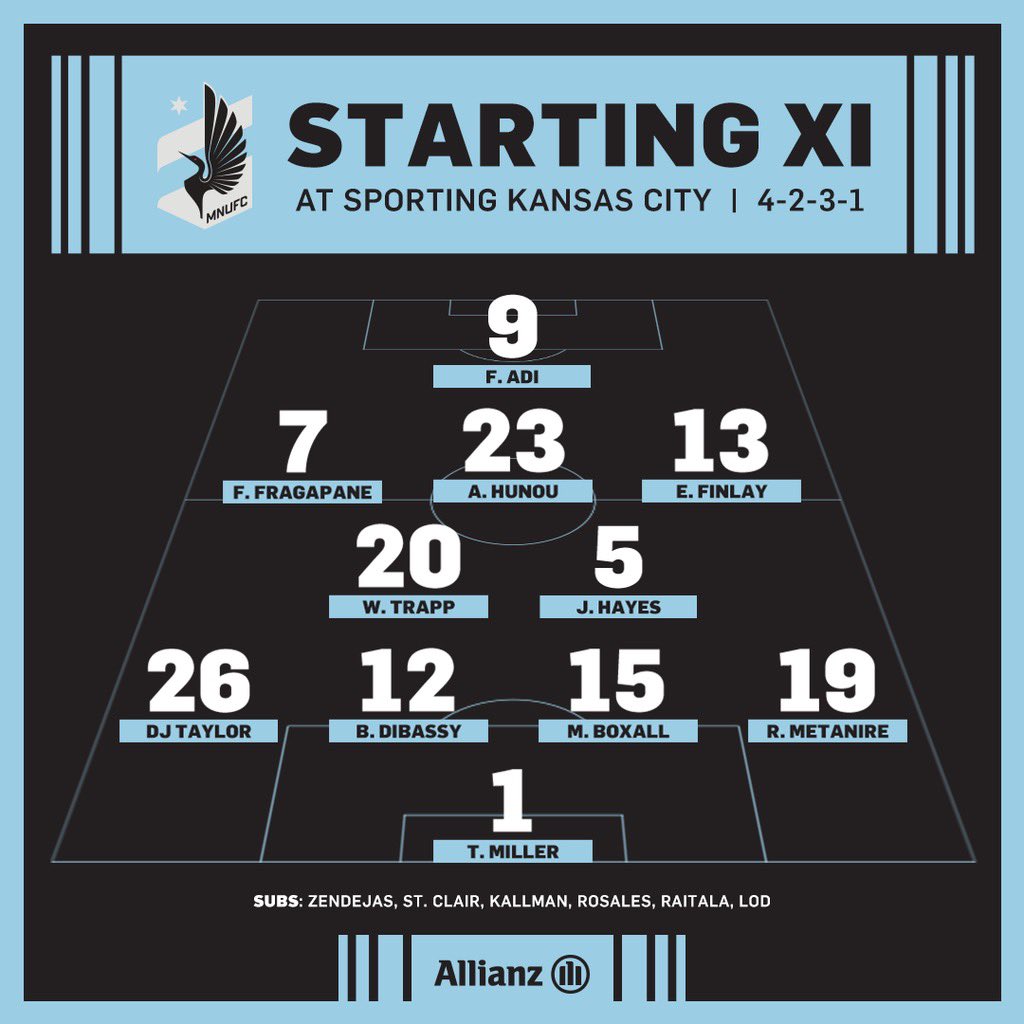