A wholehearted follower of Jesus (or at least I try to be). I love my wife and 3 children more than I thought possible before I had them. I love Clemson football more than I probably should. Life motto: Get godliness right, and everything else works out; get godliness wrong, and nothing else really matters.

Wow, name another school that will have 3 5-star QBs on their roster.

Not only will our starting QB be a 5-star, but his backup and the backup’s backup will be a 5-star too.

cutigr62's comment on Xavier Thomas to Return for 2022 Season from Shakin The Southland,

NIL is where you find it.

I’m not saying Shipley will get rich off this, but I imagine he’s making a pretty penny. The D-Line could put together a t-shirt highlighting their skills. Beaux Collins could to if he hasn’t already.

Clemson fans are pretty loyal and can/will buy t-shirts and other paraphernalia. It doesn’t have to be a $100k contract or anything. 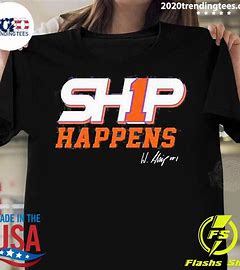 No one will catch everything, but at least eliminate the bad drops.

I agree on the raport with the QB, but we could have increased our average yards/game by 50-100 if they had just caught the passes that got to their hands. That’s the one thing I think the jugs helps with…muscle memory. Get so used to doing something it’s literally 2nd nature.

With proper coaching, that COULD be an elite crew.

Hopefully Clemson receivers & QBs step it up this Spring & Summer. Ngata, Williams, & the Collins non-brothers all showed flashes of brilliance at times. Add to that Adam Randall & Antonio Williams, and this could be a quick turnaround similar to what LSU had from 2018 to 2019.

I hope that's the reason.

commented on Farewell to Clemson Cornerback Mario Goodrich from Shakin The Southland, Jan 11, 2022, 11:53am EST

Off topic: Did I hear John Simpson say his high school instead of Clemson at the beginning of the game last night?

I know Nuk was doing that for a while because (I think) he wanted the Calhoun mansion renamed.

I might have my facts wrong there, but if Simpson did say his high school, what’s his issue with Clemson?

Btw, I never saw an official "Nick Eason was hired by Clemson" statement.

Did I miss it? Is it official? Are they still hammering out the details?

Don’t count your chicks before they’re hatched and all that.

"Love thy neighbor" could be just as crass without "as yourself."

They still have Fisher as their coach.

commented on KJ Henry to Return for Another Year from Shakin The Southland, Jan 5, 2022, 11:55am EST

"I’m afraid all Dabo’s hubris is going to come back to haunt us."

Like it has over the last 10 years? So haunting.

But seriously, is it more important to get a personality fit or a technical fit? Dabo knows Austin’s personality fits his program and he believes his technical knowledge will improve the OLine. If he goes "outside" to find someone, he might find someone he knows is more technically sound than Austin, but he couldn’t be as sure of the personality fit.

The two aren’t mutually exclusive, and Dabo believes he’s got a guy who fits in both ways excellently. "Best Is Standard" doesn’t mean you have the best at every player & coaching position; it means everyone does their best! We clearly didn’t have the best OC for the last 7 years, but their best was good enough for 2 NCs & 6 ACC championships.

Do you always wear the same "winning" shirt on game days? Put another way, does the shirt you wear cause Clemson to win?

You’re attributing our defense’s injuries to them being on the field too much. It may be a factor, but it’s anecdotal evidence at best, a causation misinterpretation at worst (ie A happened and then B happened, so A must have caused B).

I bet the defense LOVES being leaned on to win games!!! You think Goodrich wasn’t pumped when he caused the fumble and turnover on downs?

"Crane a technique. If a do right, no can defense."

I remember one year Dabo really raving about the OLine right before the season.

He said something like, "Everyone thinks they’re the weakest unit on the offense, but I think a lot of people are going to be surprised at how good they are this year." And they were. It might have been around 2016, but it seems like it was before that. Anyone else remember that?

That was when I really started trusting what Dabo said was accurate and not just pumping sunshine, so it seems like it was prior to 2016.

Still laughing at this 2 minutes later.

And I agree with Spencer_York.

Tomahawker's comment on Clemson vs. Iowa State: Tigers Outlast the Cyclones 20-13 from Shakin The Southland,

Spencer_York's comment on Clemson vs. Iowa State: Tigers Outlast the Cyclones 20-13 from Shakin The Southland,

Dapdaddy's comment on Clemson vs. Iowa State: Tigers Outlast the Cyclones 20-13 from Shakin The Southland,

But yes, I think given all the problems we’ve had this year, 13 points and a win is "Ok".

Plus, I believe we’d have gotten another 3-10 points if DJU’s pass wasn’t tipped at the LOS and Dabo hadn’t pulled back the reigns on the offense. With all the struggles we’ve had this year, 20 points against a top 10 defense would have been ok…especially when we have a top 10 defense as well.

Tiger Diesel's comment on Clemson vs. Iowa State: Tigers Outlast the Cyclones 20-13 from Shakin The Southland,

You don't think Dabo knows how good the defense is?

When he goes into "hunker down" mode, he’s saying "Our defense is going to beat you! The offense did enough to win this. Good luck beating our all world defense!!!" He simply trusts the defense more than the offense. Can you blame him after all our struggles this year?

That being said, I’d at least run a play that spread them out like a jet sweep with 4 WRs, a simple pitch play, or even a true option. I would NOT run straight up the middle twice in a row on 1st & 2nd down when there were 7-8 guys in the box.

I agree they should try something besides a run between the tackles when that was only getting us 2-3 yards all night, but I’m quite alright with Dabo letting the defense win the game as they so often do. Is it nerve wracking? Yes. Is it good tv? Absolutely!!

Lastly, a few years ago one announcer called Clemson’s defense the "Mistake erasure", because they routinely gave up 0 or 3 points when the offense turned the ball over on our side of the field. He was right, and Dabo is right to trust them to win the game until the offense becomes more consistent. Hopefully that starts next August.