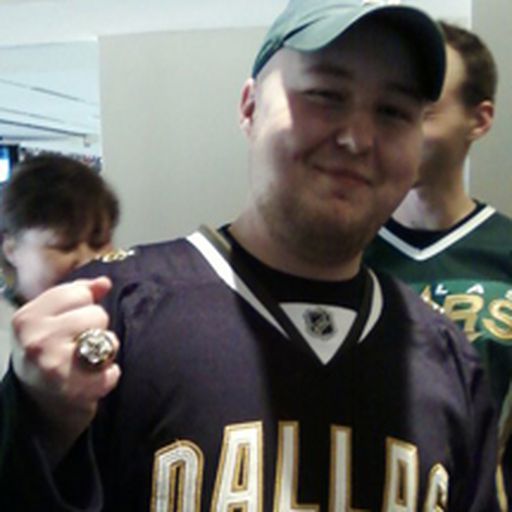 I moved to the DFW Metroplex in spring of 1991 as a chubby cheeked adorable little 1st grader, after living in Alabama, New York, and Boston as a baby. Lucky for me, the Minnesota North Stars decided to join me a couple years later, thus beginning a love affair that lasts to this day. After tooling around rec-level roller hockey for most of my youth, I decided to give up my lofty goals of scoring a Stanley Cup over-time game winning goal, and settled into a simpler career as a Police Communications Officer and 911 Operator, who blogs about hockey on the side. After founding the short-lived but surprisingly popular "The Other 6 Seconds" Stars blog, I retired from the blogging game. Rested and recharged from my down time, I decided to take Brandon Worley up on his long-standing offer to write for Defending Big D, and here I am... ready to share my undying love and passion for the sport to my fellow Stars fans and computer nerds.