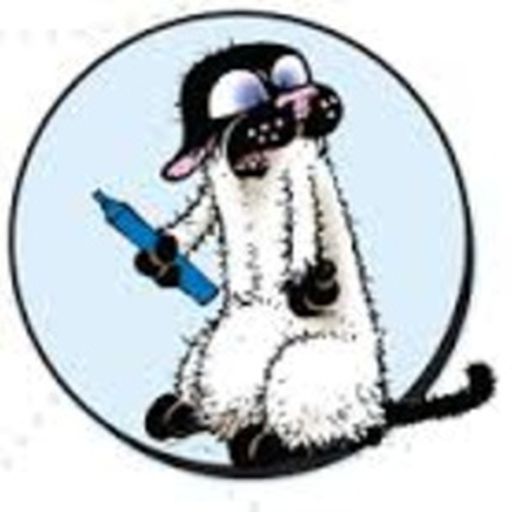 Can the Trail Blazers Contend if They’re Healthy?

smtx's comment on Announcement: A new commenting system is coming to Blazer’s Edge from Blazer's Edge,

I said at the time of the test of that module, we had no indication that it was going to be used, then or ever (and it still isn’t) and that I had no news or, or knowledge of, the comment system changing at all. That was true. Since then, this update has evolved. Now we have news about the comment system changing that we did not have 2-3 months ago. Also this is not the same system that was being tested then. So your comparison is a little bit apples to oranges, but it’s also not describing even what I said about the apples correctly.

because literally nobody here does that.

kills your spouse, then sends your house floating on an adventure to find exotic birds with pedestrian names in order to pacify errant boy scouts. I never touch it, myself.

when BE commentators make noise, people do listen. You are one of the gravitational forces that shapes how SBNation operates. Not the ONLY one, but you’re definitely noticed.

That’s part of why I’m concerned that we give good, reasonable feedback during this experience and ask smart questions before going wild. The people who design and make decisions are all sticking their ears to the door today, trying to hear what we’re saying. It’s not really productive to meet their straining ears with a bazooka. Hard to listen with your eardrums blown out.

However, if this community does end up having ideas for functionality that will improve the process (and if those ideas can be implemented technologically and will apply to a wide variety of sites), you can bet that voices here will affect the platform.

That should have read "lack of titles", not "lack of comments for the titles".

I already had him click on six stoplights and a motorcycle.

Hey, BE readers, this is the guy to listen to, who can answer your questions. Feel free to ask away. Do us all a favor and be respectful when doing so, eh?

It literally has nothing to do

with the GameDay module we saw before. Those are apples and oranges. Or at least way different kind of apples.

This is at least the fifth or sixth generation of Blazer’s Edge community so far. But this is a fairly modest change, as far as I can tell. It probably isn’t worth the vitriol. The changeover from the old site format (no cover pictures, only chronological posting) to this one was comparatively HUGE. People were really upset about that in the first 48 hours. Now we couldn’t live without it. If we tried to go back to the original Blazer’s Edge format, there would be a well-justified riot.

I don’t want to minimize people’s concerns. I’m just interested in making sure those concerns are over things that are actually happening, not over things we fear might be happening, but aren’t.

In reality, the code for our comment section right now is a dinosaur. It breaks often and is difficult to repair and maintain. That’s the genus of the update. From there, they just kept the features people wanted as much as possible, then tried to add flexibility in how to use them.

Yes, I REALLY understand it

As much as anyone could.

And yes, I’ve been through an orientation on it. That happened a month ago, knowing that at some point this was coming down the pike. The exact implementation date was variable, based on a lot of factors, including when features requested by members of this community (among others) could be implemented.. Therefore there was no news to report from my end as far as date of roll-out, as I didn’t find out the exact date much sooner than you did. It wouldn’t have made any sense to piggyback two announcements into the same short span of time. Seth and the SBNation crew have done a much better job of providing accurate information—and even video—than I could have. So it made sense to let their announcement be THE announcement.

Yup. I’ve repeated about six times in this thread already that the new commenting system is NOT, and has nothing to do with, the trial run of the Game Day module that we tested and provided feedback for a few months ago. That module is not part of the new system.

There’s a ton of misinformation and vitriol being spread in this thread already. I don’t understand it, but let’s get updated with some facts here:

1. This commenting system is NOT the same Game Day Module that we did a pilot run with a few months ago. We did that for the network so they could get feedback on THAT particular system. They did. It is not part of this implementation.

2. This commenting system is NOT the 1.0 iteration that went live on other SBNation sites a year ago. The network has garnered feedback and implemented things like threading, "Z-key" for new comments, and more that did not exist in the early builds.

3. If you watch the video (or, you know, just wait 24 hours and give the thing a chance), I think you’re mostly going to see that the system looks similar to what we have now, except you can change how you want to view comments (in what order: chronological, reverse chronological, etc.), gif embedding and other things are possible without html, and a few other nifty things…without really losing much. I went through the update and training on this system and I couldn’t tell much of a difference myself. A lot of the changes are on the non-public side to improve stability and ability to moderate. The public-facing part is pretty similar (or at least can be made to look similar) to what we have right now.

So if we’re going to talk about stuff, even if we have concerns, how about we ask questions and let the people who designed the thing respond to those instead of making claims that, for the most part, just aren’t true.

This is NOT the gameday module that was run as a pilot during a game a few months ago. This is totally different.

Nor is it the same iteration that was piloted a year ago at NFL sites. Features and functionality have been updated radically since then.

It is definitely not

That was a game-day module that’s not in use in this system, for many of the reasons pointed out by people here.

This is an updated version of what we have now, with a slightly different order to things but the same basic functionality.

I asked them specifically to include a video with the post. Me. Dave. I got that done.

I asked for it not because the system needed it, but so everybody could see the features for themselves without having to read through or have them explained. I also did it because, as far as I could tell, the new system is pretty much like the old system, just with new ways to order the comments if you want, give or take lack of comments for the titles and a commenter’s identity being at the top of the comment instead of the bottom. It’s not a how-to video as much as a, "Here’s how it works for everyone who is worried about the world ending" video.

The work they’ve done to update features since they went with the pilot on other sites over a year ago has been massive. They even put in the all-critical "Z-key" functionality. So yeah, I think watching the video, seeing what they’re actually doing, and then trying it out will alleviate most of these fears.

Who all, to a man, like to have the ball in their hands and operate best that way. Turn any one of them into a catch-and-shoot player as a steady part of the offense and you’re going to have issues,

The Critical Conundrum of Jusuf Nurkic

How Many Blazers Will Remain Next Summer?

Why the Blazers Aren’t Splurging Cap Dollars This Summer

they’re going to dump somebody. Even if it doesn’t make the team better, even if we don’t like it, odds are it’s happening.