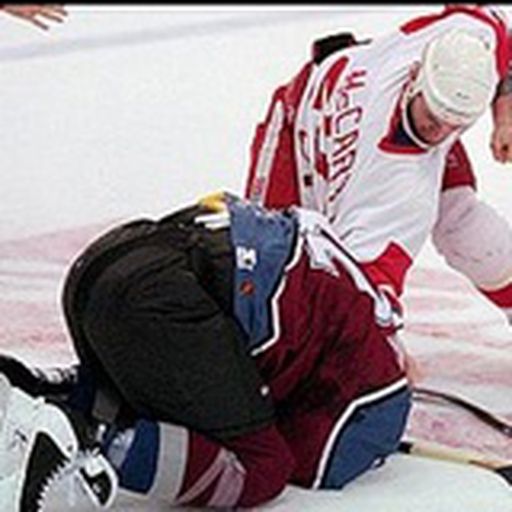 TODAY IS THE DAY Today is the day you dream of as a player and you live for as a fan. Today is the day that all other days come down to. Two teams have played their hearts out and eliminated all other obstacles. 60 minutes is all that stands between them and supreme greatness. For one team it is redemption and a chance to erase the failures of yester. For another it is a chance to remain kings of their domain, to show once more that this is no fluke, no politics, only destiny and domination. The last peg in the stronghold of what could be the last true dynasty of our era. Only in hockey can a team made up of mostly foreign soldiers fight for the hearts of Americans not only in the motor city but the world over. The closest thing you'll find today to such a spectacle is the armed forces. Obviously the two fail in true comparison but resemble each other strongly in what they stand for in the people who rely on them daily just to get by. Today is the day that our Detroit Red Wings fight not only for their fifth Stanley Cup in 12 years but for the pride of a city and state, that recently has fallen on extremely hard times. Another Stanley Cup for this town is possibly the last chapter they need to complete their dynasty. Another chapter that shows that even when down and beaten up a little heart can go along way. Quite possibly just the reminder the great city of Detroit needs to keep them going, so they are able to rise above the recent hardships. For me the true essence of what today means runs deep for family and friends. My late Grandpa Joe graduated from the University of Michigan with a degree in engineering and went on to work for GM for many many years. As where my Grandpa Don was a season ticket holder at the old Olympia stadium and then at the Joe up until he permanently moved to Florida a few years ago. Through out his early experiences he somehow was able to become good friends with some of Detroit's elite players. Including Mr. Hockey Gordie Howe, Ted Lindsay, Sid Abel, Terry Sawchuck, Bill Gatsby just to name a few. My father also got the chance to play for the Saginaw Generals, Red Wing's farm club at the time. He was also able to participate in the Stars on Ice program at the infamous Lake Placid sports complex. This meant he not only got to eat, sleep, learn from the greats but got to skate and play alongside and against them.