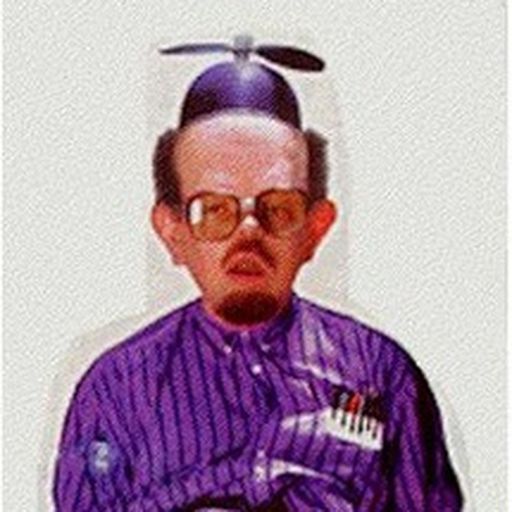 Braves gotta feel good getting both, with Freeman contributing nothing

At first I thought Taylor had a good chance at that...more dead center than true gapper

but Riley really tagged it…not much hang time, for that distance

kilnborn's comment on Place Your Bets on the 2021 Diamondbacks: The Reckoning from AZ Snake Pit,

I thought that was you….evading law enforcement. ‎

Sorry I missed you guys

I drove out there, hoping to meet up behind the plate in a relatively deserted, pandemic-era venue, akin to the photo Jack shared of a recent AFL game. But it was Saturday night in Scottsdale and a lot more crowded than I obliviously anticipated. Or perhaps congested is a better word, since SRF’s down to one entrance, that took me a while to drive, park and walk to, after I discovered AFL doesnt use the RF/Pavillions entrance I’m much more familiar with.

Anyway, it was a pretty nice night, even at 6:15, and I like to walk, so more problematic for me was the single, slow moving ticket line of 100-120 patrons once I arrived at the entrance. It snaked all the way out to that little bridge and looked like a good half hour wait just to pay and get into the damn place, so I said to hell with it. That’s just me. I’ll walk a mile to watch an occasional prospect exhibition, if the weather’s nice. I’ll pay nine dollars, or 7.50 or whatever. But I wont stand around for half an hour for what amounts to permission just to get in.

I'd split the difference between you and rye on this

I agree the Dodgers were in fairly commanding position when the Flores AB started, with roughy a 90% "probability" to win – and that figure doesnt account for Flores’ utter futility v Scherzer lifetime (0 for 17, 8 ks). So I dont think the call "completely delegitimizes" LAD’s advance. It didnt sway an even probability or "steal" a likely SFG win, clearly.

But let’s not pretend this was some 4-0 formality either. Giants are down one, at home w an enormous outfield, with a pretty fast runner on first, and are one swing from tying it on a gapper, or less likely, walking it off long. The previous batter, Wade, nearly walked it off with a sharp foul shy of the pole. None of that’s "likely" but it wasnt likely when Womack ripped a two-strike double off Rivera, who unlike Scherzer was an incomparable closer. These late game probabilities tell us a useful generic story but not the specific instance.

I think taking the bat out of Flores’ hands, in that context, does allow for some legitimate doubt as to the outcome. That day, and because it was Game 5, for the entire NLDS.

Fan exhaustion or diminished utility, from all that winning and early "repeat attending" in such a tiny market. Plus an ordinal standings decline courtesy of emerging SFG,LAD,CIN. Suddenly prohibiting BYOB in a brewery town awash in employee comped freebies. The 1961 advent of the Twins?

As for baseball, I didnt realize those Braves enjoyed thirteen consecutive .500+ seasons, or that Hank Aaron led them in bWAR fourteen consecutive years. I suspect the latter is an mlb record – Bonds, Mays both managed a dozen, Wagner eleven.

but what kind of surprised me in compiling the question was he’s the earliest of the four.

What the heck's gotten into Kike Hernandez?

Sweet bases loaded snag off the grass blades, then a 450 ft dong?

Only four pitchers in mlb history, to my knowledge, have received Cy Young votes

in seven consecutive seasons? How many can you name?

Hint 1: The oldest, or earliest, retired in 2008.
Hint 2: The other three are affiliated with current playoff teams…

A: Maddux, Kershaw, Scherzer and Sale

I only answer to Gavjz

if it’s a Czech swing

He joins the Outright Winner Club !

You, me, Makakilo. Lamar Jimmerson maybe? I’d have to go back and check. Believe there’s 5 or 6 of us.

You’re the all time "Money" winner, comfortably, and I think you also have most wins, including shared titles. Four or five total?

I stand alone, however, with two outright wins.

So this is directed at everyone here:

CATCH ME IF YOU CAN, SUCKAS!!

I dont think it's so much the individual ump

as the fact we fans have access to high def replay, whereas umps in many instances dont! It’s not easy to make that call in real time. I doubt I could. But the fact we have more and better information than the people whose job it is to "make the right call" and enforce the game’s standards is an inevitable source of frustration.

The Scherzer pitch that impressed me

was after he fell behind Wade 2-0, with Bryant on first base and one out, Max threw Wade a backdoor curve for strike one. I assume he really didnt want to go 3-0 there, potentially walk Wade and put Bryant in scoring position. But Scherzer didnt try to spot a fastball. He went with a curve, got it in there and locked Wade up w it, then after a line shot foul, eventually retired Wade for the second out.

Seems 'appropriate' or par for the course

that perhaps the greatest seasonal rivalry of my lifetime ends on such a weak ass, wrong and unreviewable call. Yet another illustration how mlb cant really seem to host a playoff competition of integrity. I know it’s just one call and sounds melodramatic, but to end this particular rivalry on that particular call shows how worthless the human element in umpiring can be.

It’s not merely that the call is objectively wrong, it’s even more wrong for an ump to effectively end a series (and season) on such an inaccurate imposition.

KJKrug's comment on The Diamondbacks in 2004 vs 2021: How it all fell apart from AZ Snake Pit,