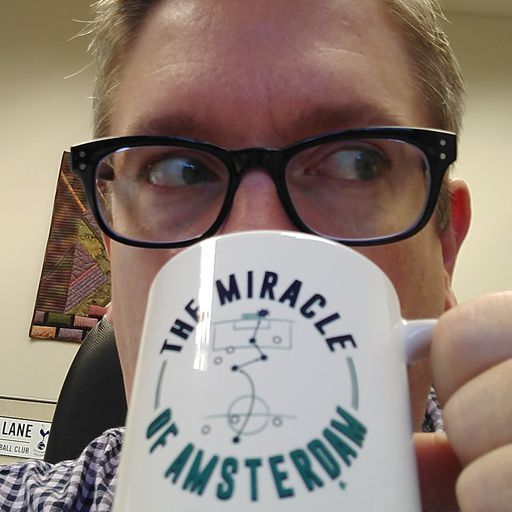 Dustin George-Miller is Managing Editor of Cartilage Free Captain, the largest Tottenham Hotspur fan blog in North America. Dustin has been a Tottenham fan since 2007 when he threw a dart at a map of London and hit White Hart Lane. He has lived through two-points-in-eight-games, the sales of Luka Modric and Gareth Bale, Chelsea's 2012 Champions League title, and bottling the Premier League to Leicester. He has earned these scars. Dustin started as a commenter at Carty Free, and has worked as a moderator and author. He fell bass-ackwards into the Managing Editor position in 2014.

Arsenal 3-1 Tottenham: Player ratings to the theme of Spurs players as vegetables

Conte coy on Kulusevski injury ahead of NLD

Let’s talk about those Harry Kane to Bayern rumors

Conte preaches patience with Bissouma, Skipp ahead of Leicester match

Sporting CP vs. Tottenham Hotspur: Match Thread and How to Watch Champions League