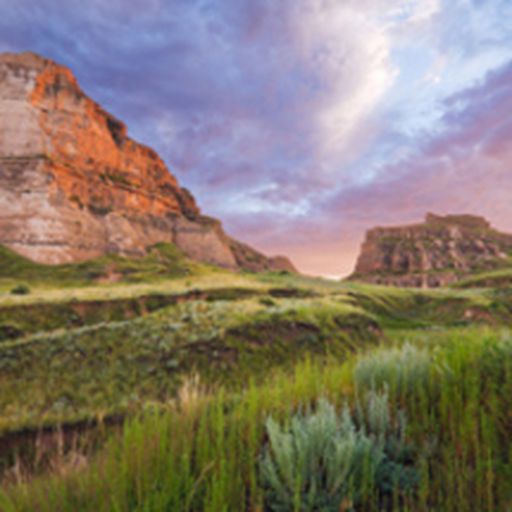 why would MJ want to come to Nebraska for the same position? Is it because of the added responsibilities which probably mean added pay? Is it Brian Kelly and him don’t get along so he is moving on? Is it Kelly brought his guy so MJ was looking for a job? I can’t imagine looking at the WR talent at LSU and Nebraska and thinking the switch was a good idea.

that could win some games

bfroning2's comment on It’s Official: Mickey Joseph Is Coming Back To Nebraska To Coach Wide Receivers from Corn Nation,

not many players out there that I have cheered harder for. AM was as standout of an individual as you could possibly hope for. Nothing but the best wishes for him in the future.

My only thought is that

snaps with the 1st team help develop chemistry between individual players so if you have a QB that is not taking snaps from the 1st team center very often, you are more likely to get a bad snap because those two don’t have chemistry. For the WR, if you have taken more snaps with the backup WR, you probably don’t have the instincts to know which option the 1st team WR is going to make. Even though they are practicing the same techniques, they are executing them slightly different which can make a huge difference.

The rumor I read was that Kelly was going after him

so that was why he wasn’t going to come. That conversation must not have gone well because like you said, 24 hours later he is a sure thing to Nebraska

I don’t think that offense would ever produce an actual title caliber team. I think it could be a consistent 5-7 win type team that could possibly get to 9-3 if all the stars align (which could make them in the "run" for a title but probably not going to make it. Think Colorado circa 2005).

you keep saying GT has a low acceptance rate

where are you getting this from? Not saying you are wrong. Just trying to get educated. Duke has a low acceptance rate for their school but they let anyone in for a sports scholarship. I assumed Ga Tech was the same way but was not able to find it with a quick google search so was curious if you had a source.

Why did you just do that to us??

but take your rec anyway

I think AM at K-State could be a pretty solid fit.

It is a good comparison from a work load perspective

I always thought Lord was underappreciated due to the losses he was part of specifically 2002.

I was sad for Martinez

I don’t think McNamara deserved to be on the list but being the division winning QB I guess counts for a lot. If anyone, I would have put Thorne in over Martinez for 3rd team.

Aiden O’Connell went on an absolute tear to end the season and was pretty deserving of the 2nd team. He averaged over 400 ypg, 77% completion %, and a 14-0 TD-INT ratio and two of those games were against Ohio State and Michigan State. Crazy stats.

Super happy for Allen. That is a great honor

Disappointed for Martinez. I really thought he has a good argument for being 2nd team and figured he would end up 3rd team. mid season I thought Thorne from MSU would bump him and at the end I can understand O’Connell but am not a fan of McNamara bumping him out.

Well...the lists kind of reflected where I thought we would be halfway through the season

Offense:
Adrian Martinez – I really thought he would be in the top 3 and still think he should be in the top 3 but only got honorable mention. Late season TOs probably hurt him.
Samari Toure – I thought 3rd team but the voters decided to go with 3 OSU receivers instead. I am ok with the honorable mention but would have liked to see him get that 3rd team selection
Austin Allen – I called for 1st team and he ended up being Tight End of the year.
Cam Jurgens – Called for 3rd team as long has he cleaned up a bit and he ended up making 3rd team for the coaches.

No other honorable mentions which wasn’t surprising.

Overall 4 selections to all conference teams for a 3-9 team is not too shabby.

Mike Gundy, the king of the state of Oklahoma and proof that you don’t can a coach when a couple of years get rough.

Also, when can Nebraska get back to 7-8 wins in a year being rough?

hope he continues to excel. Looking forward to the game tonight. Hard to really tell how good this team is yet. NC State should provide another decent data point.

Sigh...I wish we were not in Texas's bracket

I feel like Nebraska can compete with about anyone but Texas, Louisville, or Wisconsin will be holding the trophy at the end of this I think.

obviously putting my opinion in there. I don’t see them doing any worse than 2-1. A loss to MSU sends them to a weaker bowl. A win would likely set them up against a more difficult team. I still think if they can get healthy, they are better than what their record shows. That Illinois game just makes you scratch your head though

I am in line with your thoughts but

I also think there is a lot left to learn this year. My perspective is Penn State wins out and they end the year 9-4 (yes I think they beat MSU) and ranked in the top 25 and while people will grumble, won’t really impact his future much. If he loses to Michigan state and his bowl game, then I can see a much warmer seat in 2022.

I would have looked at firing him last year

so any week he is still employed is crazy to me. That being said, the renegotiated contract is a lot more attractive so I can see a lot of fans being ok with retaining him. My biggest fear is that the easier schedule makes people think a 5-7 season is worth keeping him around for year 6. Not sure even Frost could screw up badly enough to not improve his record (assuming he loses out and goes 3-9 in 2021).

NW – L (Northwestern sucks this year which means next year they will be inexplicably an 8-4 team and Nebraska will have a new offense)
ND – W (I hope we won’t have to worry about this North Dakota team)
Georgia Southern – W (a bad team in a bad conference should provide a solid win)
Oklahoma – L (blowout loss or are we still on this keep everyone game close train?)
@Rutgers – W (Please please do not start a losing streak against Rutgers).
Indiana – W (I actually think Tom Allen is a decent coach. Not sure what happened this year but let’s hope it continues next year when they come to town)
@Michigan – L (maybe we keep it close or maybe Michigan smacks us around)
Minnesota – L (Row the boat keeps rowing)
@Wisconsin – L (could be ugly)
Purdue – L (Hey. I am trying to be team sunshine here and hope we can stumble our way to a bowl game but losers tend to lose).
Illinois – W (Hey we can beat them every other year right? Right?)
@Iowa – L (keep it close but the team with the non losing identity takes it)

5-7 gets Frost fired right? Please tell me we won’t play this "improvement" game for another year.