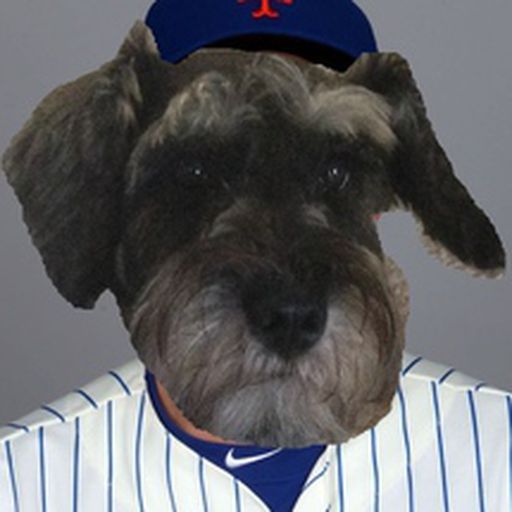 Khalil Lee also cost a (at the time) top 20 prospect in Freddy Valdez ... who had a rough season but still has tons of raw talent and might be a name in the future

but overall I get the point.

The Mets can, and should, emphasize that they won the trade by signing Matz as a fifth starter.

Matz could probably hit better than half our team

literally half of them pertain to winning or winning in NY

this is a cool article from 2017 … https://www.espn.com/mlb/story/_/id/19103117/will-new-york-yankees-jean-afterman-baseball-first-female-gm-sport-lucky

here’s one from this year I didn’t read: https://www.bizjournals.com/newyork/news/2021/04/22/sharp-tounged-jean-afterman-is-the-glue-behind-t.html

I guess she hasn’t been entirely enthusiastic about taking a top job, but maybe a few zero’s would convince her!

(0 WS championships since 1990, 0 credibility with the fan base, 0 MLB ready propsects)

I don't think so, I'm starting the rumor here

Do they need permission to go after Jean Afterman

not sure she would leave the yankees – but she checks all the boxes:
1) history making move (first top baseball position held by a women)
2) understands NY market and NY media
3) high profile grab from another (back page competitive) club who has proven success (countless postseasons in 20 yr career with the yanks)
4) track record of success with big budget, including periods of restructure
5) female hire, emblematic of overall culture shift towards inclusion and respect (LIKE QUITE LITERALLY: AFTER – MAN)
6) low profile in NYC (hard to do) with very little known incidents (or at least not that I know of, didn’t really bother searching)

I’m sure her loyalty to the Cashman & the Steinbrenner’s is super strong, but I wonder if she’d do it for enough cash.

Yes - Parker, Dubois, and Joyce are right there two

And as some of these guys fade, give real tests to the likes of Hrgovic and Ajagba,Yoka

AJ, for all his flaws, is a tremendous champion. He actually showed really solid footwork and stamina, but was out classed. I don’t think he vs. Fury is as lopsided as some make it out to be. Don’t get me wrong, until he’s not, Fury is the (gypsy) king and deserves his spot in the rankings… but he should be tested all the same. To be real – outside of Wilder and Klitschko , his resume is pretty lackluster.

Like you can shit on Wilder’s resume all you want, but he remains Fury’s biggest test.

not considering there were a bunch of 98's in there

and Fury gave a road map for fighting Wilder – which is bring the fight to him and keep him on his back foot. If Usyk could do that against AJ, I like his chances against Widler

That OPS doesn't really work for a DH either - I mean they have like no trade value, so bringing Dom and JD back makes sense to me

better than having another Turner-esque non-tender situation on their hands. But it also means they can’t really add too much in FA by way of bats – which I also support.

His legacy is too strong there, and he’s getting up there in age. If he wouldn’t leave for Boston 18 yrs ago, for massive amounts of money, why would he today?

yes, this - he was actually pretty shitty after coming back

a .731 OPS isn’t going to cut it with below average defense. Todd Frazier would be better at that point

deGrom, Syndergaard, Stroman, Carrasco, Walker could be a solid rotation – with some average to above average depth.

If the mets get >120wRC+ or higher performances from Dom/JD (splitting the DH roles), Lindor, Cano and McNeil – that’s a formidable offense. Save LF for a young kind or sign a veteran who is not on a QO … and then add some pitching help

They shouldn't do that anyway

He is family oriented, got more drip than Mr. Coffee, and his humor and fun-loving nature are polarizing. He fight like cat.

I was skeptical, nervous really, about him facing one of the hardest hitting and fastest heavyweights of the last 15-20 years. You can like Usyk for funny sound bites, self-effacing butchering of the English language, and his accomplishments in the cruiser-weight division… but this past weekend, he gave boxing fans what they really wanted: an absolute master-class in boxing, at the highest level, against the highest competition, in the heavyweight division.

I honestly don’t think I’ve ever seen a more enjoyable heavyweight match live. This was a throw-back event, where you had two large humans moving like middleweights for 12 rounds of exciting boxing. It was action-packed entertainment, excellent movement, footwork, and pace – countering punching and adjustments (by both fighters) kept this fight close for 8-9 rounds, and even in the championship rounds – as Usyk starting cruising to the finish line – you had to respect that Joshua has the power and ability to end the fight in one punch.

Usyk was on another level that night. He’s a boxer’s boxer – and his instinct and skill were unmatched. There was a moment in the fight (middle rounds) where Usyk ate a right hand, blinked twice (or five times), sharpened up and went on the aggressive before Joshua could follow-up on the powerful blow. That to me is when you knew that the hype on Usyk as a heavyweight is legitimate.

I want to see Usyk/Fury – I think it’s a compelling fight. Fury’s chin is not perfect (yes, his ‘get up’ in Fury-Wilder 1 was unbelievable – but he’s been put on the canvas and bloodied by inferior fighters as well) – and he’s a tactician … but it’s completely fair to wonder if he can keep up with Usyk’s pace. He is not as fast as Joshua, and I don’t think Usyk is that easy to bully (though I do think that that’s going to be the only way to beat him – to try the absolute ugly blitz method of Chisora).

Great fight – very happy with the outcome – and looking forwards to a rematch. A few losses shouldn’t be a death sentence – AJ’s career should not suffer too greatly. He showed amazing heart and stamina – and I wish him well.

I always like Wagner Lagrange, so hopefully he and Kilome (and maybe the wendy’s guy) come back on MILB FA deals.
Have to protect: Cortes, Mauricio, Vientos, and potentially Jose Butto

Peroza and Consuegra are too inexperienced to lose during a rule 5, but interesting names

If you round up, he has a 7ERA in his last 7 games

Colorado plays Washington and Arizona, two of the worst teams in the MLB

but KC and the Twins play each other and then CLE and DET respectively … CLE and DET are middling teams…. so I can see one of these teams sinking further, and the other wining a few games. So the Mets can dip past Colorado, and maybe even score a #9

The best path forward for the franchise is to try and reestablish some value over Dom and JD – and carve out a path for Vientos, Mauricio and Baty to make their MLB debuts. By the end of next season, McCann could be relegated to an expensive, but better than league average back up catcher.

So I wouldn’t go out and try to improve the team in one season – Lindor’s buddy should go chase dollar signs that someone else is willing to pay. Roll with the soft core of McNeil, Smith, JD, and Cano – with the ambition to turnover 2/3 of those spots to emerging talent by the end of next year. Go ahead and retain Syndergaard and Stroman – and see if you have better luck next year with the same depth pieces (Peterson, McGill, Yamamoto, SRF, et al).

And if the team isn’t in first place by 10 games and looking formidable by May – don’t be afraid to trade stars like Noah, Stro, etc if they can return a king’s ransom. TBH – if they get a solid offer for even the likes of Pete Alonso – they should ship him off. Be aggressive in the rebuild. They only have a year or two left of deGrom – so a quick reboot to set up for a solid 2023 is probably the best path forwards

from above "For their final homestand of the season, the Mets announced that Marcus Stroman & Trevor Williams, Taijuan Walker, and Tylor Megill will pitch on Tuesday, Wednesday, and Thursday, respectively."

..So you’re telling me there’s a chance!

Fury has a "style" all his own ... Usyk coming in hot with that 1990's NBA press conference look, giving Clyde Frazier a run for his money

commented on Joshua vs Usyk: Who wins the fight? Predictions and preview for Saturday’s main event from Bad Left Hook, Sep 24, 2021, 2:56pm EDT

commented on Joshua vs Usyk: Who wins the fight? Predictions and preview for Saturday’s main event from Bad Left Hook, Sep 24, 2021, 2:53pm EDT

I dont think there is much buzz in the US for any boxing match outside certain circles (Mexican community, fight fans, etc). Even Fury/Wilder 3 (mostly due to Wilder ghosting the media, as he was driving the US interest) feels muted. The US needs a star of their own in the HW division to really drive interest, or a very marketable and clearly elite talent to rally behind (like Canelo or Loma in lower weight classes) for there to be any real buzz in boxing

commented on Joshua vs Usyk: Who wins the fight? Predictions and preview for Saturday’s main event from Bad Left Hook, Sep 24, 2021, 2:51pm EDT

I hope so - but this is really win-win for boxing.

I think Usyk is the perfect test for AJ. If he can handle the smaller guy who has an elite skillset, he might stand a chance against the talented mountain

If Usyk can beat AJ by decision – I still think (with the UK appeal) AJ vs Fury is a match that can be made and extremely intriguing (the athlete vs. the boxer)

If Usyk knocks out AJ, rematch – and you get to see if AJ can continue to mature and adjust in the face of adversity

if AJ knocks out Usyk … I’ll probably need a few days to grieve, but will then get excited for AJ/Fury ( or AJ/Wilder god forbid)…

On top of all that – this should open up the door for some more intriguing match-ups in the division. I like heavyweights facing off against the top of the division, and a loss not damning a guy’s career. Hopefully we see Ruiz come back and face a Wilder or a Whyte, or Joe Joyce rematch with Usyk – or Daniel Dubois . Or some stiffer challenges for the likes of Hrgovic, Ajagba or Yoka (against the likes of Parker/Hunter/Whyte/Chisora).

Hopefully tomorrow fuels some more excitement around the heavyweight division

commented on Joshua vs Usyk: Who wins the fight? Predictions and preview for Saturday’s main event from Bad Left Hook, Sep 24, 2021, 2:45pm EDT

this is going to be size vs. skill.

And that’s not knocking Joshua – he’s plenty skilled… but whereas Usyk is 90% his size, I don’t think many boxing pundits would argue that Joshua skill level is 90% of Usyk’s

commented on Joshua vs Usyk: Who wins the fight? Predictions and preview for Saturday’s main event from Bad Left Hook, Sep 24, 2021, 1:39pm EDT

Hard to know how Povetkin/Usyk would've went. Marco Huck had a tought MD loss against Povetkin, but was outclassed and KO'd by Usyk

Pulev, Klitschko, and Povetkin were all 38 or older when they fought Joshua – so it will be interesting to see how he fares against a prime skilled boxer

commented on Joshua vs Usyk: Who wins the fight? Predictions and preview for Saturday’s main event from Bad Left Hook, Sep 24, 2021, 1:35pm EDT