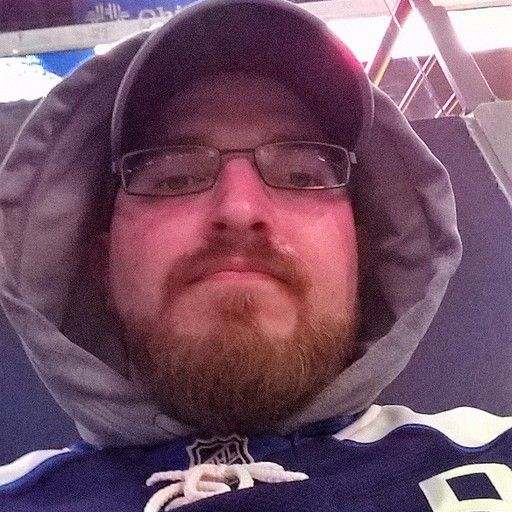 The Columbus Blue Jackets is my top, favorite team. That's out of any team, in any sport that human beings play professionally . In the early years before CBJ came into existence(est. in 2000), I was(still am) a very proud Philadelphia Flyers fan(1996-97, even as a kid I found Pittsburgh annoying so I skipped that noise and went down to Broad Street wearing Orange & Black). So... the Flyers take a close 2nd in my fav. teams category and in my heart, I was always a big fan of the Legion of Doom growing up. Lindross was my first fav Flyer skater but as time went on and roster changes happened, Simon Gagne was the next Flyers I really had a genuine love for the way he played the game of hockey in Philly. #12 is #1. I generally have a love for just about all sports. Just some I'm more die-hard and involved in then others. Sorry basketball....still love ya Cavs!.... Let's Go Jackets - Carry the Flag - We Are The 5th Line - CBJ: All the Way! -Last thought, I'm still a huge Rick Nash fan. I know many CBJ fans don't have much love for the man that bolted out of the Heartland and went to New York to play with the Rangers. He did bring back some great assets to the team in return: Brandon Dubinsky being one of those pieces of note. If it wasn't for Rick Nash, who with his usual display of crazy skill scoring jaw dropping, highlight reel caliber goals, instantly had me hooked and brought me down to Nationwide Arena to see my very 1st NHL game against the Dallas Stars(we lost 7-3 but we also played a crazy game the night before against the Senators and won in OT 1-0 with a goal from Voracek when he stilled donned the Union Blue for Columbus).... ...Point being is that without Rick Nash, I would probably NOT be a Columbus Blue Jackets fan.... ....I may have never given CBJ a chance and maybe they never catch my glance and I never notice this franchise as I stay loyal to the Flyers for 20 years now.(12 years for the Jackets) Rick Nash made me a Jackets fan and for that I'm forever a Rick Nash fan. Thank You! (I was there @ NWA for Rick Nash's last game in a Jackets uniform - he scored his last goal as a Jacket that night as well.) WOW!