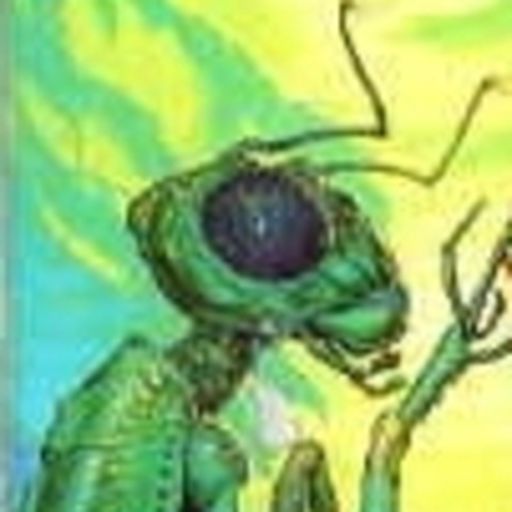 Truzenzuzex is, as you can plainly see, an alien life form who's ancestors were of the phylum Arthropada, known collectively as the Thranx. Created by the science fiction author Alan Dean Foster, Truzenzuzex, or Tru, is a character who appears in Foster's Flinx of the Commonwealth series. The Thranx are a peaceful and beneficent race which have formed an intimate bond with humanity, creating an amalgam known as the Humanx Commonwealth. Tru is an Eint and First Philosph, or theoretical philosopher. His specialties are the history and trajectory of civilization and galactic anthropology. Along with his friend and former ship-brother, retired Chancellor Second of the United Church Bran Tse-Mallory, Tru explores the universe attempting to gain insight into the many mysteries which impinge upon the Humanx condition. I chose Tru as my avatar because I fancy that, like he of Foster's imagination, my years have left me wiser and more amenable to reason and logic. Like Tru, I am no longer young, and I think the benefits of that fact outweigh the negatives. My real name is Glenn Logan and I am a small business owner currently living in Louisville, Kentucky. I have been a Kentucky fan since about age 12, when I moved to the Commonwealth from Bristol, Tennessee. I attended Western Kentucky University and spent six years as a reactor operator in the United States Navy, serving aboard the USS Olympia, SSN 717, a Los Angeles-class fast attack submarine. I have been married to the former Petra Carr since May of 1987.