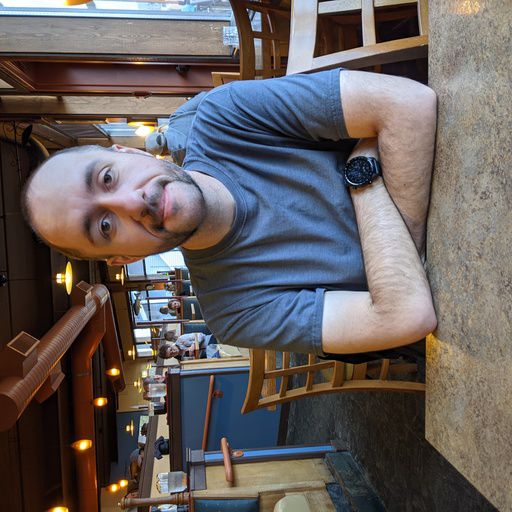 It is super super easy to see how Flexen could decline.

He’s ever been that good before and we don’t know if that homer suppression is real. His xFIP was over a half run higher than his FIP. He’s not a huge groundball guy and doesn’t have great stuff. Home suppression on guys like him go away overnight all the time. Gilbert has 120 innings to his name, so he could go either way.

It is and if anybody is wondering, that will not change.

Because putting anything would be a pure guess at this point. Might as well wait until the CBA is signed and we have a real number.

I was one of the biggest skeptics of O'Neil when he was coming up. i was calling for him to be traded well over a year before he actually was.

And even I have to give him some credit for turning himself into an excellent corner outfielder. At the very least it has made his floor higher than I imagined it could be.

and more than once visibly threw a fit on the mound when things weren’t going his way. So much so that, during one of his most awesome moments, Mike Hargrove actually walked out to the mound, put his finger in Thorton’s chest, and chewed his ass right there on the mound for a solid couple of minutes before taking the ball from him.

I was already planning on doing this for the reasons I outlined, but a 93% vote of yes seals the deal.

So, I have added in arbitration estimates and will do so going forward.

Even though I also expect a loss, I think I'll be back watching tonight.

Especially with how much better they’ve been playing overall lately.

Well ultimately I want this to stay true to it's one and only goal, which is to show how the Mariners themselves budget and what they think they have to work with.

The point has never been to actually be technically accurate as to what contracts are reported. For instance if a player signs for 1 year, $5M with a total of $3M in various playing time incentives, every other site lists that player as making $5M. I list them as making $8M. So I would not use both totals.

Very obviously the Mariners use some kind of estimate in their budgeting. So leaving that blank until contracts are signed has always been wrong on the surface, I’ve just chosen to use that kind of wrong instead of using a figure that did not appear to be close to being ultimately accurate. But that no longer appears to be the case.

At this point I'm not convinced that the Mariners own arbitration estimates are that much better than Matt Swartz's arbitration modeler.

Especially considering that he actually does economic consultant work for MLB teams.

Though, something I have been thinking about recently, and I want people's inputs here as well.

A poll. So previously I have not added Arbitration estimates to the #Mariners 40 man payroll spreadsheet because they are just that. However, estimates, especially those by @mlbtraderumors have proven to be incredibly accurate. So, should I add those estimates going forward?

So generally pre-arbitration players work like this in the off-season.

Players are listed at league minimum until they either sign some sort of contract or they are automatically renewed sometime around when spring training starts. A lot of the times these renewal amounts are not known for a while with the exception of high profile cases. For instance last year we knew Kyle Lewis’ renewal amount almost right away. But yes right now you are correct, we do not know what the league minimum is, and neither do the Mariners, therefor they can’t budget for it so I’m leaving at an unknown. I’m sure they have an internal estimate, but I’m not privy to that as of now, so I’m not including it. But you can mentally add I’d say $600k or so X 15 or 16 or so players and add about $9M-$10M to my figure.

Thank you! Now just need Muonz' contract and the terms that Padlo and Godoy agreed to.

Uneven is definitely a way of putting it.

Parts of season 2 are quite excellent(hence why those parts are now getting their own show). Season 3 started off pretty fantastic then utterly butchered the landing. Season 4 is TBD so far.

Lower Decks though is quite excellent almost throughout. There were one or two issues that bothered me in season 1 that was completely fixed in season 2. The showrunner does a great job of listening to fans and appears to be the only current Star Trek showrunner that is an actual fan.

Though I don’t dislike Prodigy so far, even though it’s very specifically not aimed at me.

Picard season 1 was garbage start to finish. Basically nothing redeemable outside of Jeri Ryan’s acting. Patrick Stewart’s acting being one of the more negative aspects unfortunately.

I'm in the cheapens it camp.

If the playoffs are expanded to 12 or 14 teams or whatever it is, here’s kinda where my arbitrary line is:

Nick Martinez remains a free agent.
The deal was not completed before the lockout.

Here's what I care about in these labor negotations in this order:

I do not give a shit how much money owners make. I do not give a shit what MLB players are paid, fairly or not. Fuck the players and fuck the owners. All I care about is whatever effects the Mariners chances of winning. I may have cared about this shit 10 years ago or whatever, but not anymore.

So basically, don’t fuck with or delay the actual season, don’t make the playoffs stupid, and don’t make the game itself stupid. That’s the only outcomes I am concerned with.

Yup. MLB is not allowed to use player's likelyness without permission from the MLBPA, which obviously they do not have right now.

Somebody needs to make a gif of Szmborski doing the opening sequence from the Beetleguise cartoon were he's cackling, coming out of the ground,

and finishing with saying "It’s Showtime!"

I don't recall see any reasons at all for why he quit, but then again I didn't search for any either.

MLB, as we currently know it, has died.

Hopefully something not shitty rises to replace it.

Breaking: MLB owners vote unanimously to institute a lockout. It is expected to begin tomorrow but unclear what time.

Not anymore! He quit a couple months ago.

Looks like Taylor was never really much of an option for any other team.

Ben Zobrist got 4/56 from Cubs entering age 35 season in 2016, a deal perhaps no team would give a player of that age today. Taylor gets 4/60 entering age 31 season, plus club option. His camp told other teams this AM that money wasn’t driving factor. He wanted to stay with LAD. https://t.co/0UQqV1Ntnz