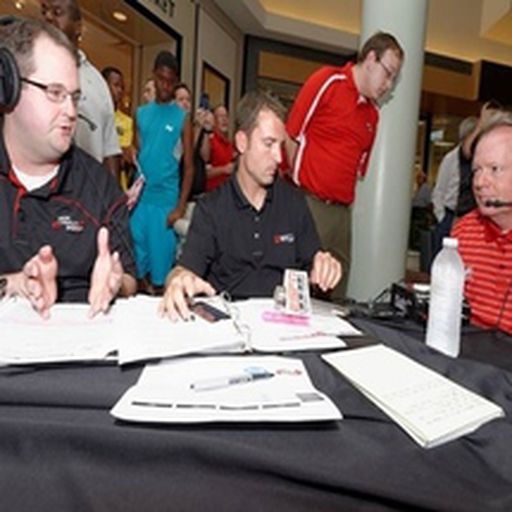 Jason Martin has worked in sports and entertainment since 1999. His career started in professional wrestling, where he worked in play by play and ring announcing and later served as head of creative for several organizations in the Southeast. He worked in an apprentice role with NWA Wildside/Anarchy as part of the production and writing team led by former NWA President Bill Behrens. During that time, Jason was also a successful freelance columnist for some of the most well-known websites in the industry, including regular contributions to the Wrestling Observer and a staff writer for eWrestling.com and one of the first to write for Wrestlezone when that site launched. He attended North Carolina State University in 1997 and 1998. After leaving for opportunities in professional wrestling, Jason returned to academia in 2010 and graduated from Western Kentucky University with a degree in Broadcast News in 2013. While at WKU, Martin won the prestigious Bob Proctor Scholarship in 2012, Sports Broadcasting's Outstanding Senior in 2013, and a first place Associated Press television award for a piece on Heads-Up Football and the dangers of concussions in youth football. Jason now serves as executive producer of Outkick the Coverage with Clay Travis on Fox Sports Radio. He can be heard on over 220 national affiliates five days a week. The show began on September 6, 2016. His journey with 104.5 The Zone in Nashville, TN began in May 2012 when he interned for the Midday 180. Jason officially joined the WGFX team in March 2013. He hosts SportsTrend every Saturday as well as Squared Circle Radio each week. Jason is a staff writer, focusing on television and film, for FOX Sports' Outkick the Coverage blog. He writes long-form reviews and other television related content on a regular basis for the site. He also serves as Broadcast Manager for the Sporting Times Broadcast Network, a regional high school sports radio network in Kentucky. In addition to management duties, Jason serves as play by play voice for football and basketball games in Kentucky and Tennessee.