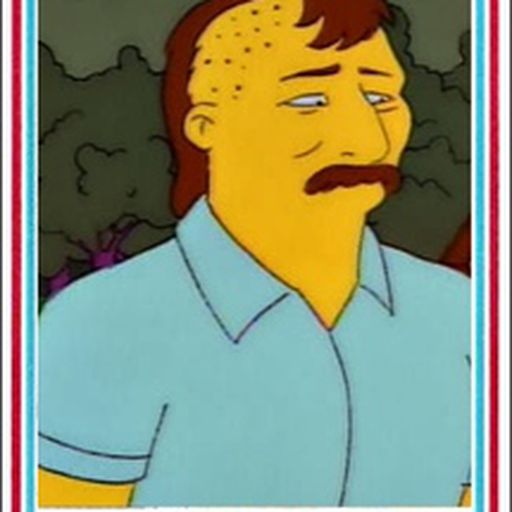 This dream seems unrealistic but only because Michael Kay wouldn’t be calling the wildcard game.

1. Sevy’s return has come a little late to really establish a pen role – at this point he’s probably the guy who they look at for 1-2 innings early if a starter gets roughed up.

2. Monty is the game 1 and 5 starter in the ALDS if they get there, other than running up the pitch counts a little too much he’s really had a great year.

Cortes gets game 2 right now, but we’ll see what happens with Kluber and Taillon the rest of the way. If Taillon gets another rehab start on the 27th, he lines up to pitch the 2nd to last game of the year vs. Tampa and Kluber gets the final game. Neither of those things fill me with confidence.

The MO they’ve developed this year is that they can lose to anyone and beat anyone. Other than the Toronto disaster they’ve pretty much beat most of the good teams they’ve faced in the 2nd half. So I don’t think opponent is really the issue it’s their own inconsistency and whether they have enough pitching.

Thankfully if you’re 38 years old and 2 for your last 21, and have started 16 of the last 17 days, the rest policy does not apply to you.

I appreciate what he’s done, a guy that’s able to get MLB hitters out without good stuff by mixing pitches and keeping them off balance is always a good story – but at the end of the day that’s what it is – not good stuff and more often than not the hitters are going to figure it out.

When it comes to being a part of the Yankees’ future, yeah, because what really worries me about the off-season is there are a lot of excuses to not go after the top SP free agents that I can hear already. "Look how good Nestor was." "We’ll have a full season of Sevy." "Gil and Schmidt!" "Taillon will be even closer to 100%!" Can 1 or 2 of these things actually be true? Sure, but when it comes to starting pitching the odds always favor things not going as planned. I can see us all here in June wondering how the Yankees are going to get the SP they needed at the deadline, which they ultimately won’t because Cash won’t give up any prospects and Hal won’t take on any salary.

commented on Néstor Cortes Jr. has forced himself into the Yankees’ future rotation plans from Pinstripe Alley, Sep 22, 2021, 1:39pm EDT

This is like a spy movie where the hero steals the villains secret plans which are in a manila envelope labeled "secret plans."

When there were 18 games left I wrote that we should see the "A" lineup at least 14 times but that in reality we’d be lucky to see it 6 times. So far I’m pretty sure it’s been zero.

jjpf's comment on The biggest factor in the Yankees’ offensive malaise is easy to spot from Pinstripe Alley,

This article is thorough and well reasoned, but you’ve missed the obvious issue which is that Aaron Judge needs to bunt more.

commented on The biggest factor in the Yankees’ offensive malaise is easy to spot from Pinstripe Alley, Sep 21, 2021, 1:16pm EDT

Before you start rooting for them not to win just to get rid of Boone, keep in mind that you’re probably not going to like the next manager either.

If the Yankees miss the playoffs, or lose the WC game, there’s a pretty decent likelihood of a Rays-Red Sox ALDS followed by one of those teams vs. the Astros in the ALCS. Uh…go NL.

Giants are definitely not "anti-analytical"

1. None. He’s looked a lot better lately but I don’t think I’ll ever have confidence in him.

2. Against the Red Sox and Rays, other than that I would not really care.

Severino should be a reliever not just the rest of this year but next year as well. First off, one of the major challenges the Yankees face this winter is the need to rebuild their pen without just throwing more money at it considering what they’re already spending on Chapman and Britton in 2022. One way to do that is by converting starters.

Severino is a FA after ‘22 and has the high end stuff to be a top reliever, but as a starter he’s going to be capped at 150 innings at most, probably less, and let’s face it, probably get hurt again. While 150 or even 130 innings is technically more valuable than 65 or 70 out of the pen, it doesn’t make sense for the Yankees to go through a season of missed time and abbreviated starts just to send him into free agency. Assuming the rotation is Cole-FA-Taillon-Monty-?, the ? innings are better used on guys like Gil and Schmidt who actually carry future value for the team.

I don’t think the front office is changing either way. If your main thing is wanting Boone gone, missing the playoffs should do that. Best case would be they’re embarrassed enough to spend a lot of money over the winter.

Yeah that was definitely something they were counting on when they made the trade.

Lots and lots of good hitters are streaky, you just don’t realize it with guys on other teams because you don’t see them every day, you just see their numbers. The key to a good offense is having enough good hitters that when some guys are slumping, you’re still scoring runs. The Yankee offense this year has basically been Judge and Stanton, if one of them is struggling they have a really hard time scoring.

It’s not like the Pujols contract because he signed it at 25 so he’s not getting paid until he’s 41 like Pujols.

In terms of trading him, it’s going to be really hard, he has a full no trade, so finding a team he wants to go to that also is a baseball fit is a pretty long reach. If the NL adds the DH that may open some doors…the Padres are maybe the only team in baseball more disappointing than the Yankees this year, but this means paying an additional $30 mil or so on top of what the Marlins are paying and also taking back Eric Hosmer, who does fill a hole for the Yankees, but is generally a pretty bad player with 4 years left on his contract. For me to want something like that I’d have to know what the Yankees are doing with the $$ they’re saving there.

I agree with the general concept that he was worth the contract when the Marlins gave it to him, and he’s basically justified it so far – but the trade changes the perception because most of the positive value went to the Marlins. The Marlins paid him $30 mil from 15-17 and the addition $30 mil they’ll pay to the Yankees so that’s $60 mil for 13 WAR from 15-17, which is a steal. The Yankees have paid him $106 mil so far, for which they’ve gotten 7.4 WAR, and still owe him another $163 mil over the next 6 years, which is not a steal.

One thing I don’t agree with here is using the WAR/$$ valuation – I just find that particular number to be deeply flawed because value is not linear. A 6-win player is worth more than 3x as much as a 2-win player because you can find another 2-win player pretty easily whereas finding another 6-win player is very, very hard.

Anyway this really hasn’t been a great year for Stanton, it’s been an OK year, much like 2018 was an OK year by his standards. The best thing I can say is he doesn’t look like he’s physically declining, the way hits the ball is still amazing, the reason he has 30 homers instead of 40 just seems to be these stretches where he just loses it mechanically. So there’s definitely hope for him having a great year again in the future.

In that sense it kind of reminds me of 2015 where they were awful down the stretch and blew a big division lead to Toronto, but ended up as a wildcard because just no one else was very good. Going into that game vs. Houston and Keuchel in his CyA season, there was zero optimism, the only hope was basically that Tanaka would pitch a shutout and they’d somehow score a run or two.

The pessimism that time was right but I’ve also seen teams stumble into the playoffs and then go on runs. I don’t want to compare this team to 2000 because the current pitching is nowhere even close but that team had problems scoring all year, couldn’t hit the final month of the season, and then ended up winning the World Series while still never really hitting that much throughout the playoffs. On the other hand we’ve seen many Yankee teams go in red hot and then be done in the ALCS in 4 or 5 days.

So as much as it feels like we know, we actually just don’t know.

I can’t stand the it’s over stuff, Yogi Berra’s "it ain’t over til it’s over" quote is probably the smartest thing anyone ever said about baseball because that’s just what baseball is. This isn’t meant to credit the Yankees in any way, because they certainly deserve no credit for how they’ve played the past 3 weeks and for most of the season, but there are 12 games left. They CAN win 9 or 10 of those and make the playoffs, again, not because they’re so good, but because literally the Orioles or the D-Backs can make a 10-2 run in baseball. So I mean you want to quit watching, go for it, I definitely don’t blame you, because this has been an awful, stressful and unexciting team to watch, but also remember what sport they’re playing.

But for all the late inning collapses, yesterday was the worst loss of the season. You have Cole vs. a bad lineup and a pitcher with a 6 ERA and not only lose, but don’t even compete. Cole did not pitch well, but the defense was bad and let extra runs score and the offense did nothing – again – to pick him up.

More than that the last 3 weeks are as inexcusable a stretch of games as I can remember. I’ll give them the 4 losses in a row on the west coast because they’d just won 13 straight and those trips to Oakland and Anaheim are always a struggle for them. But since coming home on 9/3, they’re 6-11, and 13 of those 17 games have been against trash opponents – the O’s, Mets, Twins and Indians. I said they should have fired Boone after the Mets series, not for any practical reason but just to make a statement. Right now they statement they’re making is that they’re a team in total freefall with no answers.

He has 2 starts left, both high profile games vs. Boston and Toronto, if he pitches great in both of those, he’d still have a pretty good shot.

This game, the misplay by Judge/Gardner led to 3 runs scoring, also if the Yankee bats had been competitive, he probably wouldn’t have started the 6th, so we could be talking about a meh 3 runs in 5 innings rather than an awful 7 in 5.2. Point being I don’t think the one game kills his chances that much.

Don’t think it’s doable to get in while losing the series to the Jays and Rays. 9-3 probably gets them in, 8-4 is a maybe, but the bigger issue isn’t what other teams do it’s the Yankees’ ability to go 8-4 or 9-3 which seems totally unrealistic right now.