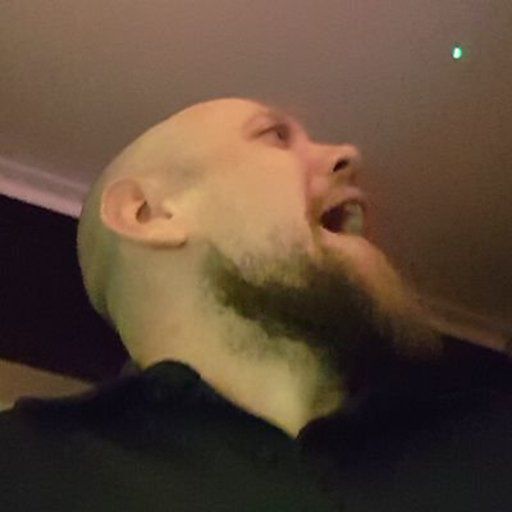 OmarReborn's comment on Will Smith is the Braves’ 2021 Roberto Clemente Award nominee from Talking Chop,

As one of the people you are probably referencing here

I just want to state, for the record, I am appalled every time somebody of vastly superior strength knowingly uses that strength to abuse another, mentally or physically.

Thank you for not being a dickhead

"In the heat of the moment" was a poor phrase I’ll admit, and of course I have no idea what the pattern is with Ozuna and his partner, whether this was a momentary lapse of judgement and a horrible mistake or something more sinister. I was certainly not saying that Ozuna acted in a way that was appropriate or acceptable. I don’t think a man who has plenty of lived experience in what is clearly a very challenging relationship as well as access to all the mental health resources in the world, should be reacting in such a manner. It is emotionally immature and rightly, by the laws of the land, a criminal act.

Understandable however? I’m not going to sit here and pretend I don’t understand what urges might drive a man to be violent towards another person, a spouse or otherwise. So yes, I can understand it. I understand violence, not only through my own lived experience but because it pervades our society at every level. We glorify it for our pleasure and we always have done, and yet we expect our peers to never fall into the trap this sets. These two things are incompatible, we cannot both worship at the alter of violence and by the same token never expect otherwise ‘good’ people to trip the wire.

To be clear and before some idiot tries to gaslight me, I am not condoning violence. At all. It’s just that I have been on this earth long enough to realise it is part of the human condition and that there are layers to it. It’s not as simple as "this person did a violent thing = this person is a bad person" and we should take care when judging the actions of others.

I appreciate I am on shaky ground here, but from a purely moral perspective this is a very rudimentary way of thinking to me.

Domestic violence is a thing that happens in toxic relationships. In the heat of the moment people do stupid shit, they lash out and make terrible mistakes that can impact the rest of their lives. We are inherently violent animals and it is only through self control that we manage to curb these urges. Sometimes, we fail. We often, sadly, have to learn through our failures. It is the nature of the beast.

Without knowing the specifics of his particular case, the context, there are situations where Ozuna could be deemed to have been violent towards his partner which could be deemed forgivable. I don’t really want to go into what they might be, you can use your imagination, but they do exist. Surely, considering we are also human beings, we can understand the root of violence? Without that understanding, pacifism wouldn’t exist as it would have nothing to juxtapose. If he is repentant and shows a willingness to deal with the issues that got him here in the first place, then we should be willing to take that on board in light of the context. Whether it loses him his job or otherwise.

Is there ever an excuse for child abuse and sexual assault? How can they be lumped together by any rational thinking person?

For a nation that prides itself on supporting its troops in war, when it comes to it’s domestic affairs America has some crazy notions of what is and isn’t forgivable. Or, at least, who can be forgiven for their sins. Former managers and centre fielders included.

Ivan the Great's comment on This may be the most crucial homestand of the season for the Braves from Talking Chop,

Ok, so what is the appropriate way of looking at this if not value?

I don’t know what ‘they’ look at, I assume it is individual choice.

The point was not to say he is or isn’t an MVP candidate. I wasn’t expressing a personal opinion on it really. My only point was that it isn’t as ridiculous a claim as has been stated at times.

I'll be glad the Braves are getting out of there

Purely so I don’t have to listen to out of sync commentary anymore.

iFrech's comment on Braves bullpen shines in 6-5 victory over Rockies from Talking Chop,

NJBravesFan10's comment on Braves bullpen shines in 6-5 victory over Rockies from Talking Chop,

GBraves82's comment on Braves bullpen shines in 6-5 victory over Rockies from Talking Chop,

Which is all fine

However, what makes you think the writers who vote for the NL MVP will be looking at UZR or WARP?

Whether you or I think he is a legitimate candidate based on the tests we perform is irrelevant, we don’t get to vote.

Why do people think this is such a joke?

I appreciate that to Talking Chop, fWAR is God. However by bWAR, where the defensive metrics don’t hate him, he is at 4.7, in 6th place in the NL. Only 0.7 wins behind Max Muncy and Tatis.

Between them he has Bryan Reynolds, Trea Turner and Juan Soto. None of whom are going to win it because reasons.

He would have to continue his ungodly post ASB pace through the final 29 games and achieve something wild like finish with 40 home runs, but considering the pace he has been on these last 2 months it’s just not that crazy.

Also Chip is paid to entertain and engage, and the thought of Austin Riley being an MVP candidate does what it says on the tin.