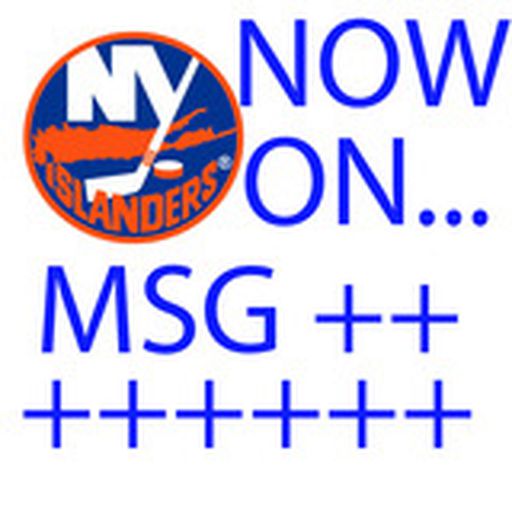 Grew up 5 minutes from the Coliseum. Lived in Brooklyn for 17 years, then moved back to the Island just as the Isles moved there. Because the hockey gods don't like me very much.

Ah buried right in the middle where I wouldn't see it.

They’re on to me!

"The ability to mute annoying commenters"

There will be zero replies. Zero. If you are a newcomer and read the comments, you will see one opinion, following an exactly opposite opinion, with no arguments. Even the two PA voices talking about the white and red zones at the airport in "Airplane" ended up arguing but here it will just be the differing messages without the arguments. That's gonna be a surreal experience.

Meanwhile, all the people who are usually here? They're gonna see, like, six comments per article.

Um… Now might be a good time to ask an actual question… Will the sarcasm font still be available?

In our case, however, that would mean that one of the RFAs was holding the announcements up because they were still negotiating (as opposed to having their contract in Lou’s sock draw for two months or whatever). Maybe Tito?

Otherwise, if all four (five? I lost count) contracts were signed ages ago, then it must be trade related, since as Trio stated, the RFAs are already content, and their agents would reject any GM calls (then again AGAIN, it’s the agent’s job to at least listen to a GM’s approach ah never mind I haven’t had my coffee yet why am I diving into rabbit holes?!?!)

I have a guess.

He was trying to get a deal done for a defenseman, and didn’t want his trading partner to know what the Isles’ cap situation was.

Cap space, I’m sure everyone will agree, has become a rather large factor in trades, as we have seen some players get "traded" for nothing because their cap hit negated their on-ice value, and in a few other instances where a player actually has a negative value due to their cap hit; in cases like that, a player gets sent somewhere with picks, for either nothing in return, or for lower picks than the ones going with the player.

The fact that all of these deals are now announced, tells me that the trade fell through, and therefore, there was no need to "hide" the contracts anymore.

As for Parise’s contract, it might be something like the above, but on a smaller scale (maybe a smaller move like buying out a smaller contract to make Parise fit under the cap). Or, it could just be that they want to announce him on his own day, since he’s the only guy being brought in from the outside.

I would not be surprised if we start to see more of this in the future, but since those damn Islanders are the ones who tried to benefit from it first, the safer bet is that the League stomps it out at the next meeting (they’ll probably also abolish offer sheets now that another non-Canadian, non-original-six team used one to put one of those hallowed clubs in a tough spot).

put an "at" sign before and after what you want to read as sarcastic, with no spaces between the @'s and the statement's first/last characters.

Thus if you’re wrong (and include spaces):
@ It’ll look like this. @

But if you do it right (no spaces):

Two deep playoff runs will do that!

Maybe that’s why my own has been so big for so long… He was clairvoyant!

This kinda worries me...

… that whatever deal was being pursued for a left-side defenseman, has fallen through. If that’s the reason why we weren’t hearing any numbers for all these signings, then hearing the info NOW, then it sounds like the Isles are going to try to fill that spot from within the organization.