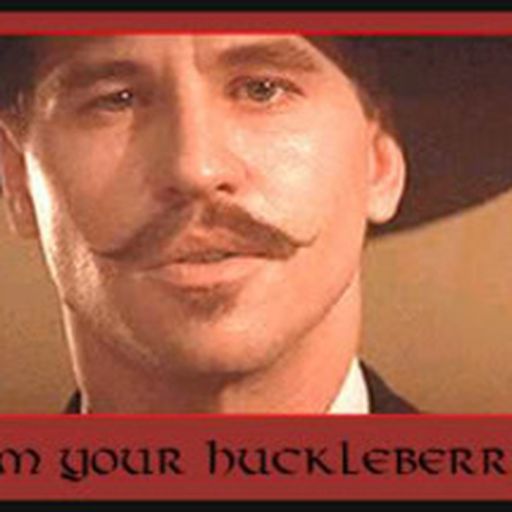 To add a little context, I decided to look at 2020 FGs at longer distances as well in case anyone's interested.

That’s overall. No idea what the rates were on last minute kicks when teams are down by 3 or less, and/or kicking for the win.

Well on his way before injuries, with double-digit wins in 4 out of 5 seasons where he played 15+ games.

Also tallied at least 1 playoff win in 3 out of 4 of those seasons that they posted double-digit wins.

Too bad that injuries derailed him. Seemed to have the talent and competitiveness to be great, but I’m not disagreeing with you regarding him falling short.
I used him as reference because experts liked to say Lawrence was the best prospect since Luck.

Trevor Lawrence faced a tough defense this week too, but he’s definitely been worse than anticipated so far w/ 4 TDs, 5 INTs and just 50% completions.

To be fair, Andrew Luck struggled a little out of the gate as well, going 2-3 with 7 TDs to 7 INTs in the first 5 games, before finishing 11-5 as a rookie.
Peyton Manning was worse than that in his first 5. There’s a reason that many coaches prefer to start a veteran and let their rookie take over later.

I don’t think anyone was comfortable with just running the clock. It puts more pressure on the kicker too.

Kicker should still make it, but I would have tried to make it easier on him, with a more traditional situation of running out there after the team made every attempt to get as close as possible.

In 2020, kickers made just under 93% of field goal attempts from 30-39 yards and almost exactly the same percentage on PATs.
That’s why I guessed around 90% at 37 yards. Around 1/10 attempts is going to end in failure, and the Vikings got that.

Chances are good for a win at that distance, but that number jumps up over 97% for the 20-29 yard range. A little bit closer can help quite a bit.

Scoring is certainly up in recent years.

Things like this are more likely w/ current offenses/rules.

If you look at the end of the Raiders game last week,

they were in FG range, but rather than just run it and have a FG attempt, they went deep and got the TD in overtime.

The Vikings had time for something like that. For a coach who has seen a lot of FG attempts missed in key situations, you’d think that Zimmer would want to try for TDs more frequently.

NFL kickers don't even hit PATs 99% of the time any more.

It’s probably more like 90% of the time on the 37 yard field goal to win the game. They definitely should have run another play or two in order to either move the ball closer, or go for a play-action TD pass. Didn’t like just letting the time tick down. Kickers should hit that, but the Vikings don’t have Justin Tucker in that role.

Vikings did a great job getting into nice field goal range, but no reason to not make it even more likely to get the W.

Justin Jefferson did get interfered with on that drop, but it wasn’t major and I agree he probably should have caught it.

That was my thought when the Bucs got him.

I would have liked to have him on the Vikings, but I was super happy for him to be on that specific team because I thought it gave him a good shot at a ring.

I don't think there's a good reason to move Mannion to the 53 once the free activations are done.

Mond is already taking up a spot. While it makes sense for Mannion to be active the first couple of games, if Cousins were to miss time beyond game 3, might as well let Mond get the experience of stepping in to see what he can do with the 1st unit. I don’t see Mannion sparking a postseason run.

Clearly Mannion isn’t going to do much, but after years of professional experience, they love the way he holds a clipboard(or tablet in these days).

viking22's comment on Minnesota Vikings - Don't sweat it as Zim says the team has a chance to still be a good team from The Daily Gopher,

viking22's comment on Minnesota Vikings - Don't sweat it as Zim says the team has a chance to still be a good team from The Daily Gopher,

TheHurricane4's comment on Minnesota Vikings - Don't sweat it as Zim says the team has a chance to still be a good team from The Daily Gopher,

fivefingers's comment on Minnesota Vikings - Don't sweat it as Zim says the team has a chance to still be a good team from The Daily Gopher,

Far from elite, but still better than Holmes.

commented on Minnesota Vikings - Don't sweat it as Zim says the team has a chance to still be a good team from The Daily Gopher, Sep 17, 2021, 11:34pm EDT

TheHurricane4's comment on Minnesota Vikings - Don't sweat it as Zim says the team has a chance to still be a good team from The Daily Gopher,

Kodiak adding some nuance to his commentary.

I used to think he was just all doom and gloom. You and Kathy capture the heart of the matter in the combination of your comments.

Kirk Cousins has the physical tools to be successful. He’s a very solid QB, but there are leadership questions that seem to linger.
To your point, he certainly executes plays. It’s not often that he makes a wow play that you don’t think 20 other QBs could easily make.
I will say, however, that Tom Brady doesn’t have a lot of wow plays. He’s overwhelming consistent in making the right plays, often in key moments, and for a significant portion of his career, he’s made far less money than would be possible if he tried to maximize his NFL salary.

Part of the brilliance of Tom Brady is focusing on TEAM success while taking team-friendly contracts that allow for a better roster than most other top QBs can field. Winning football leads to revenue opportunities outside of NFL salary that can more than make up the salary he might miss out on by not handicapping his team with a painful cap hit. Cousins will likely struggle to make deep playoff runs until he adopts a similar strategy. I thought he was smart enough to realize this, but maybe Rick never made that clear to him before offering a salary that’s a few million more than he should be paid.

commented on Minnesota Vikings - Don't sweat it as Zim says the team has a chance to still be a good team from The Daily Gopher, Sep 17, 2021, 11:23pm EDT

Kodiakviking's comment on Minnesota Vikings - Don't sweat it as Zim says the team has a chance to still be a good team from The Daily Gopher,

Cousins doesn't render himself unavailable when needed most.

Heineke seems to have matured into a very solid backup. If he was a true professional early in his career, things might have worked out much differently.

commented on Minnesota Vikings - Don't sweat it as Zim says the team has a chance to still be a good team from The Daily Gopher, Sep 17, 2021, 11:08pm EDT

commented on Minnesota Vikings - Don't sweat it as Zim says the team has a chance to still be a good team from The Daily Gopher, Sep 17, 2021, 11:03pm EDT

commented on Minnesota Vikings - Don't sweat it as Zim says the team has a chance to still be a good team from The Daily Gopher, Sep 17, 2021, 10:58pm EDT

I believe around 85% of hospitalizations are from unvaccinated individuals.

With around 50% of people being vaccinated, that wouldn’t be the case if the vaccine was "ineffective".

That vaccine is effective at reducing the severity of illness. It prevents most people from suffering severe illness and death.

It does not prevent people from contracting the illness, particularly Delta variant, which is highly contagious, but it helps your immune system be better prepared to avoid long-term health effects and/or survive. The vaccine helps keep people from taking up ICU beds at hospitals, none of which are equipped to handle people streaming in from respiratory ailments that are passed around as easily as the common cold. By keeping ICU beds open, everyone can help save people from other death from other acute illness or injuries that would be treatable if hospitals had the capacity for them.

commented on Kaprizov contract talks quiet down to almost nothing from Hockey Wilderness, Sep 16, 2021, 2:44pm EDT

REVENGE4KLUWE's comment on Kaprizov contract talks quiet down to almost nothing from Hockey Wilderness,

"Shooter was able to save youth from Seattle."

He didn’t need to buy out either of them in order to protect youth because either likely would have waived their NMC, but he used it as an opportunity to do so anyway. It wasn’t necessary, but he wanted to move forward with other players and the timing would make it seem more acceptable to those who thought they needed to be protected.

I’m not going to argue that Guerin’s vision is wrong because he knows more about how things are with the team on a daily basis. Not all of the moves he’s made have been winners, but none of them have been outright losses either. He’s remaking the Wild as he sees fit, which is what he’s paid to do.

I hope in the long run, Guerin is making the right choices. He’s played an important role in successful franchises in the past, so I’m willing to let him work towards his goal, and hope he’s making good decisions that not only help the long-term goals of the team, but also the individual players who are still on the Wild.

I didn’t find Johannson to be an appealing player for the Wild, but I believe Guerin was looking to change the leadership of the team and have JEE step forward. I don’t know if trading Staal was necessary, but Eriksson-Ek did step up his play last season with more minutes while Johansson failed to be effective at all teamed up with Fiala. So, the trade wasn’t a winner for productivity between the players involved, but may have had other impacts that Guerin was considering when making the move.

commented on Kaprizov contract talks quiet down to almost nothing from Hockey Wilderness, Sep 16, 2021, 2:32pm EDT

Anyone can say winning a Stanley Cup is a goal of theirs, but until they are part of an NHL organization, it doesn’t mean a thing.
If you have a passion for something like Rossi clearly does, the goal is always to be the best at it and win at the highest level.

You start talking about winning titles before you come in and put in the work at the NHL level, people are going to mock you for that.
Once you’ve proven yourself, and shown that you are working hard to improve every day, and your peers see that, maybe then it makes sense.

Reminds me of a quote from the late football coach Jim Fassel, "when it’s all been said and done, I’m more concerned with what’s been done than with what’s been said". And if you recall the worst football coach the Gophers have hired in the last 25+ years, he immediately started talking about winning Rose Bowls before falling completely on his face—he had a losing record 3 of 4 years and never won a single bowl game.