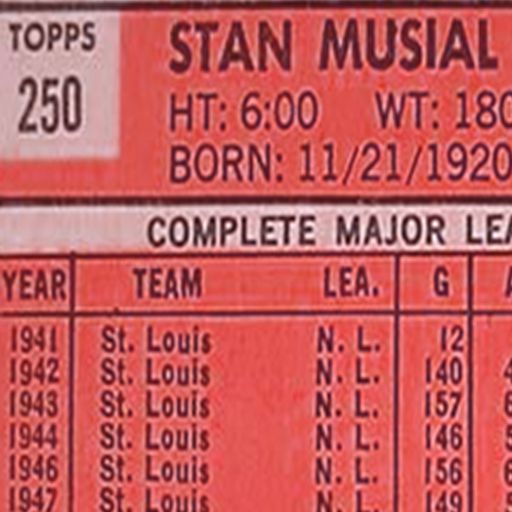 I write about the Cardinals. What I write always makes sense to me. I hope it occasionally makes sense to you. Regardless, thanks for reading. Follow me on Twitter at @JPHill_Cards

Bravo on the title

commented on I’m just a girl, standing in front of a boy, asking him why he intentionally walked the bases loaded - A Hunt and Peck from Viva El Birdos, Sep 22, 2021, 2:33pm EDT

Fastball has been moving up toward the mid-to-high 90s

in the second half of the season. We’ll just have to see if that revises his projections or if it’s sustainable.

Knuckleballer33's comment on Charting A Path to the Playoffs: Final Edition from Viva El Birdos,

Charting A Path to the Playoffs: Final Edition

Still, and I made this argument last spring about Williams before his service time case was decided… just because a player might be out of options doesn’t mean that you have to commit to them. I like Sosa and think he’s a fine player, but you don’t let someone of his caliber control your roster decisions. Not getting an elite SS because it would display a bench player is the kind of thing I’m talking about.

The Cardinals don’t do that. In certain situations, they should.

commented on The terrifying and exciting upcoming offseason for the Cards from Viva El Birdos, Sep 16, 2021, 10:54am EDT

The path I describe above is the kind of decision the Dodgers would make. They would sign an elite SS. They would keep DeJong and platoon him at a variety of positions. Same with Edman and Gorman. They would be ok holding Sosa at AAA knowing that injuries and unexpected opportunities will give him plenty of time. Then they would sign the starters, too, and do the same thing.

The Dodgers are extremely comfortable "blocking" their talent and still playing it. The Cardinals are extremely uncomfortable "blocking" their talent because they aren’t creative enough to imagine ways to play it. This is why they talked all offseason about "platoons" and then didn’t attempt to create even 1 viable platoon outside of maybe Justin Williams.

commented on The terrifying and exciting upcoming offseason for the Cards from Viva El Birdos, Sep 16, 2021, 9:54am EDT

I agree with a lot of this.

I am probably more interested in the FA SS’s than you appear to be, but only because the DH opens up a window for Gorman in the majors. If you assume an injury to the infield or outfield — a safe assumption — then Gorman moves into a starting role. He could play either corner outfield, either corner infield, or second. That’s a lot of potential starts, especially with DH in the mix. Yepez provides similar flexibility — though not as well defensively and probably not at 2b outside of emergencies — and he bats righty.

Theoretically, then, with a SS in the mix, you could have a 5 man (13-13) bench+DH of Kniz, Gorman, Yepez, Dejong/Sosa, Nootbar. You probably have to move a SS in this scenario but that would be a good way to restock the rotation or bullpen or, better, add quality depth to the system. I still think DeJong has value on the market.

Since there is no way the Cards actually take that path, I think we’re back to the one you suggest. I could definitely see them pursuing Scherzer and I think that’s a fine idea. As long as Busch stays a pitcher’s park — even if the rearrange the walls, it will — Scherzer should be fine. He can slide into the Wainwright role as he ages.

Then I would like to see them head overseas again and try to get someone like Kim — a swing starter who can compete for a role and land where he best fits. A starter will get hurt, so Scherz, Jack, Mik, Hudson, AW counts as 4. Then Liberatore and Kim 2.0 is there to compete for 5. Behind them, Woodford, Oviedo, Thompson, Rondon, etc. are just fine as depth.

commented on The terrifying and exciting upcoming offseason for the Cards from Viva El Birdos, Sep 16, 2021, 9:50am EDT

His main problem was with his forearm

That could be a symptom of an elbow issue but in his case, the elbow tendon was fine.

Jeff followed up after hearing from someone that Yepez has been ill and is not being called up. Sad face.

Jeff: Source says Juan Yepez is not sitting at Memphis because he’s being called up — he’s been ill the last few days, and given the environment, has accordingly been away from the team.

A non-update update on Yepez:

Hasn’t played for a few days with Memphis. His father confirmed on Twitter that he isn’t hurt. But said nothing else. Jeff Jones thinks something might be up, but he didn’t give specifics.

Maybe getting ready to join the team after the off day? Who knows. But there’s a little smoke here.

Yepez might be on his way here. Unconfirmed but he has been scratched from Memphis.

I actually think that by now, Edman would be the starting SS.

And that wouldn’t necessarily be a bad thing. Might be his most valuable position going forward, since DeJong looks pretty shaky as a reliable starter next season.

We would be a better team overall right now if Wong was still here. A lot of negative WAR PAs went to Marp, JWilliams, and a few others that would have been eaten up by Wong and Edman. We would be a few wins ahead.

Do that and invest in pitching.

The improvements that Edman has made since my last article on him have somewhat eliminated the need to pursue a starting 2b’man. He’s ok as a starter and has positional flexibility to serve as an MI if he drops. I wouldn’t be opposed to bringing in a SS but some combination of Edman, DeJong and Gorman at SS and 2b should be good enough. I don’t see how they can not give Yepez the DH job, with some competition from a solid UT type player.

If they settle at those spots, then the starting rotation looks like the key place to upgrade. The problem there is they can already claim a full rotation, if they want to. AW should return. Jack, Mik, Hudson. Then one spot for Reyes, Liberatore, etc. I could see them running with that and further cutting payroll. Better would be to use their available payroll — and there should be plenty of that — to bring in an upper-tier starter, pushing everyone but Jack back a spot. The certainty of injury creates space for Liberatore, who would be my first choice to step in. No rush there.

Oh, I don't know that anyone is being secretive.

Just that no one that has this info or might be able to get it cares to share it with me or help me get it. It’s a common problem with information like that. A few people play ball with us bloggers because they’re nice and helpful. Others just ignore us because our words don’t come printed. Very rarely does someone go out of their way to give us info. They’ve got their own job to do.

Yes, ask Goold in chat. Let me know if you get anywhere! He might not know the results either.

jdog55's comment on Cardinals are Considering Moving the Walls at Busch from Viva El Birdos,

The Cardinals have done their own wind studies.

I’ve made a brief attempt to get some of that kind of information from those that might know and haven’t made any progress. So, the answer to the question "how does BPV change weather at Busch" is a firm " no idea". But club clearly thinks it does and the data we have fits with that conclusion, though doesn’t confirm it.

Maybe what we want is for the park to play more like it did when it was designed.

At that point it was tilted toward the pitcher side of things but not so much as to really disrupt the offensive approach. Bringing in walls or tweaking their angle is not going to turn the park into Milwaukee or Coors. But it would lead to a more balanced environment than the hitters have now.

It's good for some hitters in some areas, but, yes, it's not an offensive playground.

commented on Cardinals are Considering Moving the Walls at Busch from Viva El Birdos, Sep 8, 2021, 10:56am EDT

It's worth noting that's what they've done.

1. Pitch to contect. Check.
2. A great and fast defense. Check.
3. Line drive hitters who hit the gaps a lot. Check. Edman, Carpenter, Carlson, Goldy, Molina.
4. Fast runners. Check. Bader, Edman, O’Neill are among the fastest in the league. Thomas was up there too.

commented on Cardinals are Considering Moving the Walls at Busch from Viva El Birdos, Sep 8, 2021, 10:55am EDT

Cardinals are Considering Moving the Walls at Busch

Is such a player out there? Get them!

commented on Saturday Stream of Consciousness: Can this Season Be Successful? from Viva El Birdos, Sep 4, 2021, 6:36pm EDT