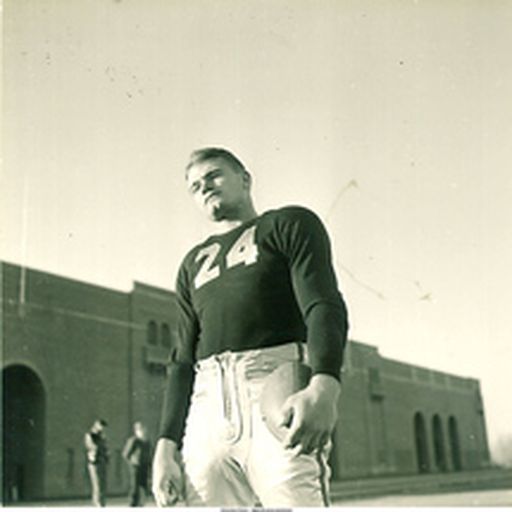 There should be an inverse relationship

between defensive scoring and offensive ToP. I’m not sure why the ability of the defense to score TDs would dictate that the offense is not able to control the clock. As noted, despite the offense not being on the field for three possessions because of defensive scores, the offense has still held serve on the time of possession. As you say, facts are stubborn.

of scoring more than 25 points. I just don’t see any world where the offense averages 33ppg the rest of the way (without the benefit of any defensive scores) without major inflation from a few games against Illinois, Nebraska, etc. If the offense can get to 24 on their own in every game, Iowa is going to win nearly every game they play. They will need some added juice in a couple of those matchups, but I think asking them to do that every game is holding them to a standard that has never been met in program history, regardless of coach or QB.

but I absolutely agree the gap between Padilla and Hogan is wider than that between Petras and Padilla.

I think I agree here

I still expect Padilla and Hogan to transfer, possibly after this year (probably for Padilla). Then it really is just a matter of can Carson May jump over Labas in his redshirt year. I kind of doubt it.

I think there are two things there

Kirk absolutely hates the idea of his mobile QB getting knocked out of a game or games. The risk is lower with statues who throw the ball away. But also, the ones who can move and are also accurate passers are 4-stars with absurd competition and we have almost no track record to sell them. They do offer those guys and if you look at recruiting, they sign a more mobile QB basically every other year. But we aren’t likely to get Brad Banks as a high school recruit under KF unless we really step up the NIL/bag men game.

I'm not out here saying

this is the greatest offense in the world. I wouldn’t even say it’s a good one. I just think it’s a lot more than "myself and few others" and the narrative seems to be that this offense is miserable and the defense is all-world so if we just had a better QB we would be in contention for the playoff but as it is we’ll lose a bunch of games down the stretch because of Petras (and maybe Brian, depending on who’s venting). And to me, we’re top-5 in the country. That doesn’t happen often. I’m not going to spend my energy freaking out over the offense because I just don’t think we know much about a team that hasn’t really been in a close game in the 4th quarter and has been pretty comfortable for the majority of game minutes this season. I think the defense is always good in part because of the style of offense Iowa plays and this year we have the benefit of a stud punter to makes it all come together in a KF wet dream. So why piss and moan about it when we could just enjoy something we don’t get very often?

Did you read it

Look at who they did it against

vs. who they didn’t. It’s pretty clear they chose not to do it against Kent State. When they did, it was successful. I think they do it more than once this week because CSU doesn’t lead the nation in interceptions like KSU. But they still won’t need to. I think when we get to Maryland, we see them take 4-5 deep shots. But at the end of the day, Iowa isn’t a team that throws it deep a ton ever.

The potential for an injury

is the best case you can make for getting Padilla reps. By all accounts (other than the drunk guy screaming behind me at games) Padilla has done absolutely nothing to warrant live reps over Petras. But should we have a repeat of 2009, it sure would be nice if Padilla wasn’t as lost in those live reps as he has looked when taking the field in mop up duty.

you can’t split them. They all go together. As much as we all want the offense to just blow people out, that’s not how this works. They absolutely should be finishing those short field possessions better, but the mental meltdown happening in the fanbase is not warranted in my view. They all go together and they’ve collectively been good enough to give us a top-5 team in a season where we thought they would 9-3 as a fanbase (at least according to the poll here). I’ll save my meltdown for when they lose to Northwestern.

31:56 ToP through three games and controlled the clock in the two games that didn’t have the defense outscoring the opponent with 2 plays. They may not be doing it the way you think they should, but they’re still doing it.

should speak to that, no? He was 1-1 on throws over 20 yards a week ago (and that probably should have been a TD). He was 1-4 in week 2 with a TD and one of the most blatant hold AND pass interference calls I’ve ever seen that wasn’t called. He went 0-2 in week one with a brutal drop on one of them. If referees and pass catchers get their heads out of their rear ends, we’re talking about a guy going 4-7 with 1-2 TDs on deep pass attempts. That seems like someone capable of completing deep passes if they choose to do it, unless you’re going to place the blame on SP for miserable officiating and poor performances from his receivers.

and I don’t think that reason lends itself to giving him game reps.

That stat is grossly inflated

by the average starting field position. If you don’t think Iowa is using its offense to help the defense you haven’t been paying much attention the last two decades.

I don’t think many teams really have any sort of emphasis around utilizing special teams and their offensive philosophy to aid their defense and win via field position. That’s evidenced by the complete lack of special teams coaches/coordinators out there. Further evidenced by the sheer volume of teams that emphasize high-scoring offenses to the detriment of both the defense and average starting field position.

has done this by design. Wild.

What a lot of people seem to be doing

is conflating choosing not to do something with not being able to. Iowa chose not to bash Kent State over the head with slow developing double moves. They were perfectly capable of doing it. It was there for them. That wasn’t the game plan. They opted to play ball control and avoid any potential for turnovers and keep the ball out of the hands of a potent offense. I don’t know what the game plan will be this week but if it doesn’t involve Petras launching bombs 5-10 times I don’t think that is necessarily the signal that this offense is doomed. Frankly, I don’t think we’ll know anything about this offense after this week. Maybe after Maryland either. Penn State will be where we find out if there’s anything there beyond killing clock for the defense.

I wish they would use a bit more

of that misdirection. Pause the video at 2 seconds. Everyone is so used to Pottebaum leading the way that all the LBs are keying him and have committed to getting to the gap he’s headed towards. Their eyes aren’t even on Goodson. It’s just that lone backside defender who is even looking at where Goodson goes. Crazy.