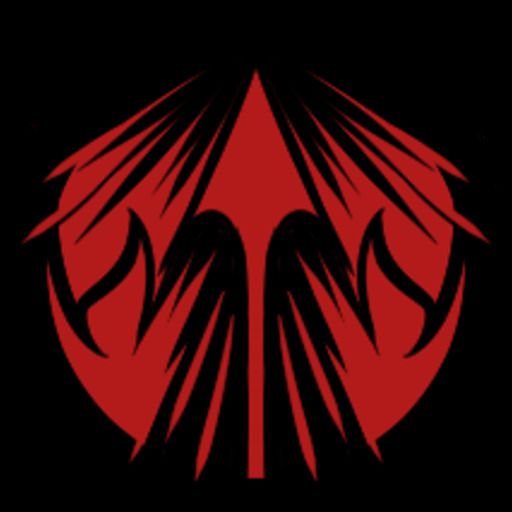 Inclined to disagree that Cargill should be in the running for the first holder of the title. Just in general I’d prefer inaugural champions to be people who are good in-ring workers to establish the championship with good matches and Cargill, for all her "upside", is still not at all good at actually wrestling.

Statlander and Rosa would certainly both work, I think they’ve more than proven themselves in the ring. Flair…even if she ends up in AEW I think the last thing they need to do is immediately give her the same push that’s made her so despised in WWE. Also, as far as I’m concerned, the fact that there isn’t much of a focus on knocking Baker off as the evil on a pedestal is a failing of storytelling on AEW’s part, they don’t need to hire Charlotte Flair for that. Shida would be good except even after keeping her off TV for over 3 months for no goddamn reason after losing the world title, I can understand people not wanting her to be a champion again so soon after a year long reign, even with a secondary title, though I think she should definitely hold such a title eventually. Any of the Joshi in AEW at the moment would also be solid choices; if AEW are so worried about promos being done in English (an issue they don’t seem to have with Andrade, for example, but I digress), they can pair Sakura or Riho up with a manager or advocate or lackey or whatever to do the promos for them.

My personal choice would be Serena Deeb, assuming she’s healthy. She’s a fantastic worker, and she’s posted some promos on YouTube that are actually pretty good imo. I think she’d be a great midcard champion, personally. Only issue is she’d be yet another heel champion in a promotion lousy with them at the moment, which isn’t ideal, but who knows where the other championships will be when/if they finally introduce a secondary women’s title.

That being said I’m also inclined to agree with Mr Ares above; I’m not confident a secondary title would help issues at all, given the feeling that the only reason AEW are treating the women’s world championship better now isn’t because of a renewed focus on women’s wrestling but rather because they’ve finally managed to get people behind their day-one chosen face of the division and given her the belt. Baker was always the only one to get any TV time and attention for her feuds, even back when she was a bland-as-distilled-water babyface feuding with Bea Priestley; she just happens to have a piece of tanned and dyed cowhide covered in metal as an accessory now.

commented on Who Should Be The First Woman To Hold The TBS Championship? from Cageside Seats, Sep 25, 2021, 8:53pm EDT

JavierAC664's comment on Tony Khan has data to back up calling AEW ‘the market leader’ from Cageside Seats,

commented on Tony Khan has data to back up calling AEW ‘the market leader’ from Cageside Seats, Sep 22, 2021, 6:41pm EDT

motavia's comment on CM Punk still thinks Hulk Hogan is ‘a piece of ****’ from Cageside Seats,

ChubbsPeterson's comment on Looks like the Tony Khan/Max Caster ‘feud’ is coming to Grand Slam from Cageside Seats,

StingRay02's comment on Looks like the Tony Khan/Max Caster ‘feud’ is coming to Grand Slam from Cageside Seats,

Randomrandom's comment on Looks like the Tony Khan/Max Caster ‘feud’ is coming to Grand Slam from Cageside Seats,

That move Hikaru Shida used at the beginning of her ending sequence was a Dominator, not a Glam Slam

I know because commentary did a bit about Eddie Kingston making Tony Schiavone call it as a Dominator. Even shouted out Ron Simmons. Also the glam slam has the opponent right side up and held in front, not upside down and starting on the shoulders.

MrMacy88's comment on Ric Flair releases statement on allegations from Dark Side of the Ring documentary from Cageside Seats,

Full Nelson Reilly's comment on Ric Flair releases statement on allegations from Dark Side of the Ring documentary from Cageside Seats,

It's hard to say

Audiences in Japan are still discouraged from shouting or cheering during matches, so it’s hard to say how local crowds feel about particular wrestlers. People get applauded, but crowds always applaud well done sequences and moves regardless of who’s doing them; even Sakisama frequently gets applauded after sequences. As for alignments, TJPW doesn’t really have solid faces and heels. Certain wrestlers tend to be face-ish and others tend to be heel-ish, but sometimes a face-leaning wrestler will act heelish and heel-leaning wrestlers will have clean matches, depending on what the situation calls for. That seems to be especially true of the more tenured talent, like Sakazaki and Mizuki, who will often amp up heel shenanigans to help get younger talent over. Overall, I guess I’d describe MagiRabi as heel-leaning tweeners, but everyone in TJPW is some degree of tweener really.

And for what it’s worth, I agree that it’s difficult to cheer for MagiRabi. Even against NBG, they’re hardly heroes come to defeat the wicked champions, more like a different sort of villain that the referee will let get away with way too much shit for the next couple of months (assuming they win). So, I’m definitely with you there.

I think part of it is an audiences willingness to buy into smaller wrestlers; even recently with matches involving Yuka Sakazaki and Riho in AEW you had people saying they "didn’t buy" their offense because they were "too small", which is entirely unfair to the wrestlers but unfortunately common. Another part of it that’s commonly cited is ring size; a lot of the bangers joshi wrestlers put on are in smaller rings that better match their size, and that’s what they train in and get used to. When they work in the US, they’re working in a much larger ring intended to accommodate much larger wrestlers, so their muscle memory isn’t used to the size of the area they’re given to work in. Combine that with the fact that women’s matches in general don’t get as much time in a lot of US promotions as they do in joshi promotions in Japan, and it’s a lot harder to show off what they’re really able to do.

And I am not bilingual, though I would certainly like to be. A lot of my knowledge regarding post-match promos, interviews, and press conferences comes from the DDT/TJPW English Update twitter account, an "unofficial but authorized" twitter account that provides live translations for a variety of things coming from TJPW and their brother promotion DDT.

TJPW posts a free match on their YouTube channel every week, and I would basically recommend any of them because they are specifically chosen as worth watching. If you want particular recommendations from what’s available on their YouTube channel, at a quick glance I’d suggest the Maki Itoh VS Miyu Yamashita match from January that I mentioned in the piece, this Magical Sugar Rabbits VS Shoko Nakajima & Raku match from the English-language show TJPW was doing for a while, and this match between Miyu Yamashita and Hikari Noa. And those are just the ones I found looking for like 5 minutes on the YouTube channel. If you want some Wrestle Universe recommendations, a recent match I’d recommend is the finals of the most recent Tokyo Princess Cup tournament between Shoko Nakajima and Maki Itoh, which is my current lead candidate for Match of the Year even though my favorite wrestler did end up losing.

Attracted To Gods's comment on Tony Khan says women’s division is ‘a real strength of AEW’ from Cageside Seats,

I'd argue Yuka is already there, as evidence by some banger matches in TJPW

She’s just never really been able to show any of that off in AEW, where she’s generally been used as a silly likable character who doesn’t really do much.

Agree on Hirsch and Conti for sure, a few months of proper build and they’d easily be top tier members of the division imo.

Gangrel'sDentist's comment on Tommy Dreamer suspended indefinitely by Impact after Dark Side of the Ring appearance from Cageside Seats,

RondaMark's comment on Tommy Dreamer suspended indefinitely by Impact after Dark Side of the Ring appearance from Cageside Seats,