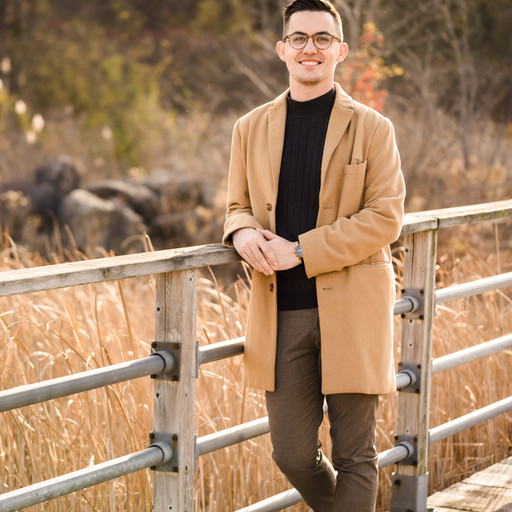 25 Smartest Moves of the Past 25 Years: Mariano Rivera extended

You know, that would be the case for me if I liked any other sport as much as I liked baseball. I originally had this in the article but cut it due to space, but I eventually became a huge fan of both basketball and football. I mentioned the Raptors championship in the article, but it took 24 years of bad basketball and constantly running into Playoff LeBron to get there, and my favourite football team is the Bengals, and I quite literally just saw their first playoff victory since before I was even born on the weekend. Growing up a Yankees fan in Canada I was routinely called a bandwagon jumper and all that, but if only they knew just how terrible my other choices were…

CA_Yankee_Fan's comment on What the 2001 World Series taught me about heartbreak from Pinstripe Alley,

Always been one of my favourite things about the playoffs.

I can’t speak for the others, but my vote ultimately came down to choosing two of Andruw Jones (67 fWAR), Gary Sheffield (62.1 fWAR), and Sammy Sosa (60.1 fWAR), and it took me far longer to decide than any fake ballot should ever take. Andruw Jones’ elite defense is what put him over the edge for me, and Sheffield had an edge with the bat, despite hitting 100 less home runs. In short, Sosa had 12 years of very good offensive production (134 wRC+ over that span vs. 124 for his career) while Sheff had 17 years of above average-to-elite offensive production (147 wRC+ over the span vs. 141 for career)

So, TL;DR: Sheffield’s longevity + consistency and Andruw Jones’ elite defense (coupled with solid offensive production and nearly 500 home runs from a premium position) gave him the slight edge over Sosa for me.

The fact that most of the damage came from Delmon Young and not, like, Miggy or Prince still baffles me to this day.

Andrew Mearns's comment on What the 2001 World Series taught me about heartbreak from Pinstripe Alley,

You know what, that’s a perspective I hadn’t heard, nor considered, before, so thank you for bringing that up. Every time I hear about the 2001 Yankees season, it’s portrayed as if they were destined to "win it for New York" and came up just short, but I never really thought about what the ramifications of them winning would have been on a population—both locally, in New York, and nationally, in America as a whole—that was still trying to make sense of/come to terms with what had happened not even two months prior. I’m Canadian and was still just a kid at the time so I’m not even going to pretend like I knew what New York was like at that time or can describe the intense levels of trauma that people were undoubtedly dealing with, but I honestly never thought of it this way before.

I think the reason this hit in particular haunts me even after all these years is not only because it was Rivera on the mound, but also because of just how weak of a hit it was. Mo hit his spot, it was up-and-in, but Gonzalez was just strong enough to punch it out there. Like, when Chapman gave up the walk-off to Altuve in the 2019 ALCS, for instance, at least Altuve put a great swing on it and crushed it. Gonzo made as little contact as you can possibly make to still get a hit, and it won the damn World Series!

What the 2001 World Series taught me about heartbreak

I know that this isn’t the point of the Jaffe quote you posted, but… Tyler Clippard?(!)

cnemarich's comment on Mariano Rivera, Billy Wagner, and a Hall of Fame standard from Pinstripe Alley,

Severino was signed before any of his major injuries and after throwing back-to-back seasons of 190+ excellent innings. Prior to that, I could be wrong but I believe he only had one IL stint with a triceps issue that was resolved in about two weeks. In hindsight, sure, the injuries immediately following the extension hurt, but at the time he signed the extension the Yankees had just inked a guy who projected to be a perennial Cy Young candidate for $10 million AAV for his ages 26-29 seasons. He stays on the field, that might be one of the best contracts—if not thebest—in the game. It’s unfortunate he got injured and stay injured, but that was a great signing.

commented on The five richest contract extensions ever given by the Yankees from Pinstripe Alley, Jan 13, 2022, 8:58pm EST

Esteban Rivera's comment on What does legal New York sports betting mean for the Yankees? from Pinstripe Alley,

Every time I see that Atlanta had Smoltz, Glavine, and Maddux, I just can’t comprehend how they only won in ’95.

In his first full season pitching from the 'pen...

ogrover's comment on The Yankees Champions Series: 1996 from Pinstripe Alley,

Oh my gosh, our wives sound the same! Thankfully for me, my wife collects vinyl records, so we have an agreement that every time she gets a record, I can match it with a book of my own. I also work in publishing so I have the built-in "it’s for work!" excuse on my side.

Hahaha sorry for the fake out – that was the best photo I could find of a sports card collection in our database! I would have used one of the boxes that I’ve brought home, but we’re currently in the process of renovating our basement so everything is jammed into a tiny room I can’t get to at the moment. I’m eternally grateful to my parents for a whole host of things, and them hanging on to this collection (as well as my stupidly large collection of books) has quickly become one of the things I’m most grateful to them for. I hope your son enjoys it!

I’m probably missing some things from her resume, but I think it’s safe to say her promotion is absolutely warranted, given her qualifications. If you want to read more about Rachel, I suggest Lindsey Adler’s piece in The Athletic.

commented on My late grandfather, Derek Jeter, and one massive card collection from Pinstripe Alley, Jan 10, 2022, 10:31am EST

Yeah I figured after doing a cursory glance that there wasn’t going to be much by way of monetary value to be gained—the cards looked a bit too generic for that—but it’s just been so much fun going through the cards, remembering players I had totally forgotten about, and telling my wife stories about my family and baseball that she otherwise never would’ve heard. She’s helping me organize everything into an inventory (I’m a graphic designer so Excel isn’t exactly my strong suit) and it’s gotten me talking to my brother even more than I already did, so it’s already a resounding win to me. The stories alone, like the Jeffries and Jackson and Sanders one you mentioned, are more than enough for me.

commented on My late grandfather, Derek Jeter, and one massive card collection from Pinstripe Alley, Jan 10, 2022, 10:31am EST