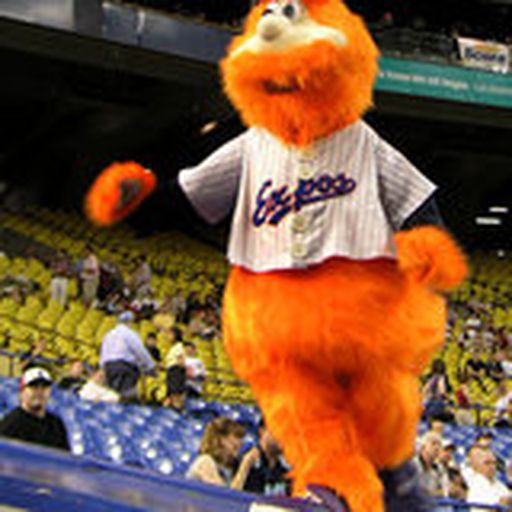 So Davey only got one bullpen member who throws with his left hand. I’m pretty excited to see him. Good fastball, good 12 to 6 curveball. I do remember Keith Law was really high on him, saying he thought he could have been a Top 100 prospect (as a starter) at one point if he’d stayed healthy. Injuries and the lack of a third solid offering moved him to the bullpen.

Clay certainly didn’t impress the first time around, but it does make sense to carry at least one lefty in the bullpen. Klobosits had the potential to be a nice story (still might… who knows?), but he just hasn’t been performing well enough. He’s allowed at least a run in 6 of 11 appearances and completely forgot how to throw strikes in his last outing. Sometimes kids will come up, get crushed, and grow from that when they go back down to the minors. We’ll see.

commented on Washington Nationals’ lineup for 1st of 3 with the Miami Marlins from Federal Baseball, Aug 24, 2021, 5:16pm EDT

Really excited for the Gray-Cabrera game

Should be a fun series between the two teams in the NL East that have officially conceded that it’s not their year. As someone from the Expos days, the Marlins may always be the team that I dislike the most of the divisional opponents…. even if that scumbag Jeffrey Loria is gone. Maybe it’s all the years that he euthanized the Expos… Maybe it’s the way that he took more than half the coaching staff, the front office, and even a lot of the club’s infrastructure with him when his reward for destroying the Expos was that he could use that money to buy the Marlins.

I'm shocked at how that played out.

It’s possible that, at 25 years old already, the organization is going to try and push Romero a bit. When you combine Tommy John surgery in 2018 (which cost him all of 2019) with COVID last year, we’re talking 2.5 years of lost development for him. He did mainly pitch at the alternate site last year, and technically he has just 24 career professional starts (+ 3 big league relief stints last year). Toss in his rib injury that kept him out until July 1 this year, and he kind of was rehabbing.

I do think there’s some context that needs to be included with those AA numbers, though. He’d thrown just 11.1 innings in 4 appearances between the Florida Complex and A ball before reaching AA. Upon reaching AA, he struggled a bit. His first outing was a clean 1 inning appearance, but he gave up 9 runs in 5.1 innings between those next two starts where he was beginning to stretch out a bit. In his past three starts, here’s how Romero has done: 14 IP, 4 R, 14 H, 3 BB, 22 K

I don’t think we should make too much out of 3 starts (or even 6), but for a guy who has pretty much lost 2.5-3 years of development, there comes a point when you have to try and push him a little faster and challenge him a bit more.

commented on Washington Nationals Minors: So What Is Pitchability? from Federal Baseball, Aug 24, 2021, 4:53pm EDT

MissB's comment on What did we learn about the Washington Nationals’ bullpen during the streak? from Federal Baseball,

The general rule is that teams will try them as a starter until they’ve proven that it just absolutely can’t happen. In the long run, I think Romero’s command is what will end up moving him back to the bullpen, but they should continue to try him as a starter for the time being. He’s 25 at this point, but he’s missed so much development time. Tommy John surgery cost him most of 2018 and all of 2019. He was rushed to the majors to pitch out of the bullpen for a few innings in 2020, but that was partially because there was no real minor league season. In total, since being drafted in 2017, he’s 27 professional appearances (3 as a reliever in the majors). Just 6 of his career starts have come above A ball. He hasn’t really had much of an opportunity to show what he can do as a starter yet. He hasn’t proven that he can’t.

commented on What did we learn about the Washington Nationals’ bullpen during the streak? from Federal Baseball, Aug 22, 2021, 11:38pm EDT

Gotta love that 3-0 auto-strike nonsense. Otherwise, Bell would be hitting with a chance to tie it with a grand slam. Nats lose, but put up a fight.

I think that’s the real second positive for mstomper today

Eh... Maybe he's not throwing strikes after all

You really don’t want to know, if you don’t already. He was recently sentenced to 2 to 4 years in prison for statutory sexual assault. Before that, he was an excellent closer for the Pirates for a couple of years. Traded him straight up for Melancon

Well, to be fair

There were some pretty good draft picks they traded away, like Lucas Giolito, Dane Dunning, Wil Crowe, and Jesus Luzardo. Flags fly forever, though.

OK… Maybe Crowe’s not so good, but if the bar is Jefry Rodrdiguez…….

Not sure he's ever pitched well

I guess he was half decent in that one season in Cleveland, but he’s been awful in both of his stints with the Nats

Just saying that it’s a little harder to keep the bullpen fresh when the starters can’t give him any length. I’d have liked to see Voth, McGowin, or even Jefry (in now, and yeah… that’s a homer) instead

Black Francis screaming in my brain

Not to give Davey too much credit

But when your starter struggles to get out of the fourth, there’s only so much you can do. On the plus side, Guerra’s gone and he got an extra bullpen arm when Stevenson was sent down, too.

It has been, generally

Those were his third, fourth, and fifth walks in the majors. He walked 10 in 32 innings in the minors this year. He’s a pitch to contact guy for the most part. Looked way off today.

3 BB, a HBP, and a grounder that needed a brilliant play by Garcia in right field to get him out of it.

If only they weren't batting Alcides Escobar behind him

They were, by the way

But he’s really shined in this series. He’s the one who took advantage of that embarrassment of a play on the popup last night. Leadoff homer and a two run triple today.

Nats killer… at least this weekend

Now he's looking like he hit the wall pretty quickly

I think that’s ten straight balls? None of these are even close

The wandering strike zone cost the Nats a bit there