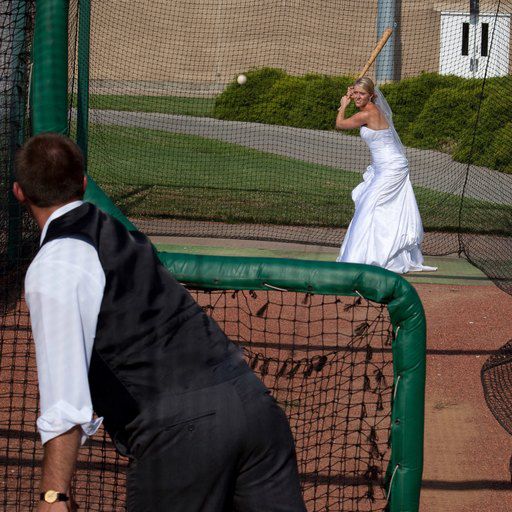 Those players (assuming the Twins want to keep them) will have to be added back to the 40 man roster after the World Series. That’s why they have cleared out some space already by waiving Colina, Barraclough, Vincent, Gibaut, Farrell, Albers, and Maggi. They’ll still need to make more, though because of the large number of players on the 60 day IL currently.

On your point about hiring personnel away from Tampa Bay, I’d just point out that Rocco Baldelli was hired away from the Rays, and so was Josh Kalk.

commented on What should the Twins do with Alex Colomé next season? from Twinkie Town, Oct 16, 2021, 2:46pm EDT

What should the Twins do with Alex Colomé next season?

I thought the Dodgers had a great game plan last night that was well executed throughout. Roberts seemed to have an advantage on Kapler at just about every decision point.

The opener strategy stole an at bat each from Ruf, Posey, and Bryant against Urias, instead making them face high octane RHP stuff.

Webb was fantastic last night, but I thought Kapler should have lifted him after the fifth instead of letting him bat again. I even would have considered hitting for Webb in the 2nd when they had 2 runners on, too. A close game that figured to be low scoring, that situation in the 2nd probably was the best run scoring chance the Giants had all night. With Gausman and Wood available in the pen, they had plenty of length in the ‘pen. As a result, though, the Giants only got 1 AB from a real hitter out of their pitcher’s spot, whereas the Dodgers got 3. It didn’t make a big impact, but it’s a big strategic decision advantage for LAD.

I also thought Doval did Bellinger a favor by throwing him 4 sliders in the 9th in the game deciding AB. Yes, Bellinger hadn’t come close to hitting spin the whole night, but he’d seen three in a row and Doval had already hung one in the AB. I felt a fastball up over Bellinger’s hands would have been a better pitch there.

Hard to know if Dodgers are better than SFG

After all they played 24 times this season, and each won 12. The first 19 were managed much differently, of course. But a 5 game winner take all series probably doesn’t determine "best" very well.

The catcher in the Ynoa/Garcia deal was…

He was somewhat popular with a certain segment of the fanbase, as I recall.

He was a teenager coming off a shoulder surgery when the Twins sent him to the Yankees for Cave. Now he’s 23 and the Yankees’ top pitching prospect. Hindsight is 20/20 and sometimes the higher risk lottery tickets hit. But, it would be nice to have him around now to front the new rotation with Ryan and Ober.

Brandon is doing yeoman's work for us...

Braves left Morton in two batters too long, I think. He started getting shake with command in the 6th. I was surprised he came back out to start the 7th, and it bit them.

I heard this live on radio

I was driving home from work and heard this call… then the confusion while they figured it out. Very bizarre.

I thought maybe it was the result of broadcasters trying to call games remotely, but I’ve since seen other links that suggested Sterling was in Fenway Park for that game. Just missed it. Playoff adrenaline, I guess.

Matt Wisler was a waiver claim that worked out pretty well. Ian Gibaut, Ian Hamilton, and Beau Burrows were some recent ones that have not.

It looks like he might survive the Mets coaching changes, but perhaps not in his same pitching coach role. Maybe the Twins can try to bring him back? It seems like he was pretty highly thought of on the pitching side in Minnesota before he left for New York.

I’m going quibble with your assertion of causation there, Rich

Pitcher’s Velocity and stuff are far better than they’ve ever been before and pitchers are being interchanged more often to be able to stay closer to their peak stuff. Those changes play a big role in making the traditional "string hits together" approach untenable for a lot of hitters.

From our seats, I think we overestimate how a MLB hitter should be able to "just make more contact" and "hit the ball the other way" to beat the shift. In reality, those things are incredibly difficult given what they are facing and I don’t think it’s usually a simple, conscious trade choice to sacrifice contact for power.

I think it’s more, "I can’t make reliable and useful contact" so "I better try to do max damage" on the limited chances I get. It might be more a response to the scarcity of being able to make contact.

It’s somewhat chicken and egg. Just a counterpoint to consider and discuss.

Somehow, all four wild cards did line up their aces this year

I’m not disagreeing with James’ point, though. It’s maybe not surprising on the NL side since they’ve been set for a little longer.

I think it was more LH vs. LH matchup

With Odor and Rizzo both due, trying to platoon split there. Might be testing to see if Fleming is a guy they can use that way in playoffs.

Using best remaining reliever (Chapman in this case) top 9 in a tie game at home should be a standard protocol — no save to play for, so do everything you can to keep the game tied (not that anyone should ever manage to a save anyways, but some do, incorrectly).

And that's before making any room for acquisitions, too

There is going to be a lot of turnover on the pitching side, but a few of these guys probably get cut and then brought back on non-roster MiLB deals for spring training. That seems like the likely path for Barnes, Gibaut, Coulome, Minaya, and Albers. Might be the case for Smeltzer and Thorpe, too. Thorpe seems to stand out as a change of scenery guy that another org might tweak up and find usefulness from. Coulome and Minaya might have shown enough that another org gives them a guaranteed 40 man deal, but I’d be very surprised if it’s Minnesota.

The offseason GM project is going to be fun!

The Twins will not have many opportunities to get players that can be among the top in the sport. Buxton’s upside, in a full season at this maturity level, is just that. His market right now is also probably suppressed somewhat by his injury history, so in a lot of ways extending him is a bit of a buy low-ish / high return kind of deal for the team. Those are precisely the kinds of bets you have to take.

Of course, Buxton and his agent know that too, so it’s not straight forward from a negotiation standpoint. But I believe there is a middle ground, with the right kind and level of incentives, that can get it done.

On the off chance he ever plays a full season, it will be worth it.

Gordon hit for him late in a recent game

In high school baseball (at least in Illinois where I played in high school), the DH can hit for any other player, not just the pitcher. Simmons this year would be a good candidate to DH for.

But the narrative for his 2021 was set in stone after April and May. It would not have mattered what he did after the team fell out of contention, most casual observers would still think he has had a bad season.