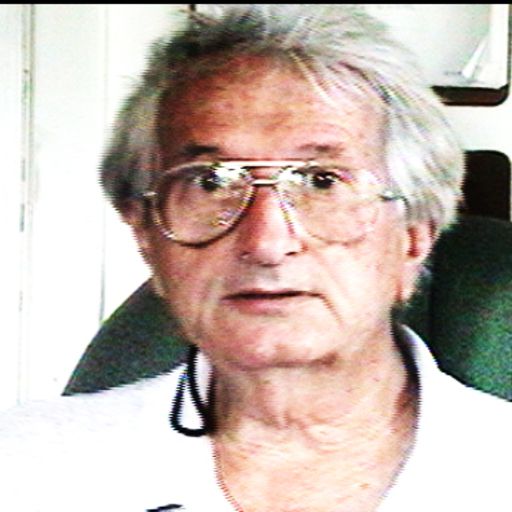 Are we back yet, no!

that’s what happens when you hit the post button without proofing first.

I'll tell you what I miss more than anything from the old days - pre-00's and even pre-80's - three things:

I miss the absence of SOTU, the peace of mind one could enjoy even after a loss, and the endless joy of just thinking about beating the frikkin gators.

Bobby returned for a day or two after a long hiatus – took a look around – asked himself what he was doing here – and promptly departed again. Turns out, Bobby’s smarter than all of us put together!

But, I am still looking forward to Saturday – LOL!

well, when you put it that way... LOL - but, yeah - behind and underneath it all - it was Richt (and Blake)

and if the recruits are stacked, we’ll start to show improvement next year. We’re carrying too much dead weight this year.

Reminds me of when Lou Saban took over – he took a good look at what he had, and cut about 30 players immediately – saved the U some money – and let the ‘players’ play.

Eddy, you're asking-wishing for far too much - Manny and the U are still trying to build a necessary foundation on which to accomplish

a recovery from the disastrous empty cupboard left by Coach Richt. When the well of Golden’s players dried up, Richt got out before he had to hear the boos he knew would be coming – he should have taken an administrative position with Georgia.

See my comments to Alim under your Dabo Fan Post describing the necessary steps that must be taken in order for us to have a shot at getting ‘back’.

Of course you don't have the need - but I do lol

Yeah, go ahead and shoot me
your address.

BTW – what city are you in?

note: stay in the middle of the road thinking about your check - and you're gonna get crushed by people going in either direction - not a good place to be.

If you look at that color chart and think about it, you'll see that there is a world of difference between 6 - 6 and 8 - 4.

at 6 – 6 – you’re alive and collecting your league paycheck for providing a team.

Just add two wins – TWO WINS – and you’re knocking on the door of fame, stardom, happiness, power, etc. Knocking, but not quite inside.

Then, just add one more win – and you’re frikkin gold!

Our goal as fans is to demand (and encourage) just 2 more wins. That’s the necessary step before you can hope for or expect to move up to the next glorious wrung on the ladder.

Send an email to the gentile AD and demand an upgrade of 2 more wins.

How about we start a "two more win" society – and march on the AD office with placards – or, better yet – fly a plane – people love those planes!

Kc - please email me your email

mine is posted up in the bio – just click the picture
or
even easier:
just remember who I am → johnyonko @ (the ubiquitous) gmail.com
is that clear – or obfuscated?

Eddy, it's tough, I know. I might be willing to trade those 20 years of greatness to avoid these 20 years of agony - and return to the days when

playing and beating the gators was better than beating Nebraska in ’84. And the gators were always there, real and achievable.

Bear Bryant and Alabama could have the natty – it was nothing compared to the feast of eating gator meat!

That's what happens in the 'double yellow' zone, Alim

We have to move toward and into the Light Tan where there are fewer teams who can beat us. Funny how that works.

Obijon says: I sense much anger in you, my young padawan edster. Much anger have you. Yes.

But express it well, you do.

That may be the first, but if not, it's the 2nd greatest paragraph ever written!

The one that may be greater – I know the book, I’ll have to go read it again – haven’t seen it in many, many years (20 – to 50). Can’t tell you what it’s about – I just remember that it was an amazing paragraph. Now I have two great ones. (I also have one fantastic sentence that I can also find again – I seem to remember the books, but not the contents – you would expect something less weird from me?)

LOL - I think you just created some kind of mixed metaphor - but I loved it!

the boys are on a roll tonight!

nice stats, Ed - I would like to take complete credit for having influenced your growth as a writer

I did say I would like to get the credit, not that I was actually responsible for your skill development. Still…one never knows…LOL

AlimPerez1's comment on Monday Musings: App State review; Sparty line is what?! from State of The U,

Nah - after one quarter with this guy and his pompon waving buddy - I've given up!

besides – the Canes and State will be – or at least might be – well matched for an entertaining contest. Smith v Yonko is unfair.

I use the original pompon, but that reflects my age; pompom is also used and both pompon and pompom are considered as ‘standard’.

Pom-pom and pom pom are both considered as non-standard.

exactly, Kc - but you said 'spectacular' - absolutely miraculous is more like it - a 5 coach parlay - I don't think anybody has ever done that.

We’ll see what happens after Dabo; and Saban.

you've hit another tell-tale nail on the head, Big44

some years ago, I charted the all-ACC picks for about 10 years, and the eventual wins, losses and draft picks. Supposedly, we had talent everywhere. The ACC selections said otherwise, as did the first, second, third etc round draft picks.

The chart described reality – forwards and backwards. When we had more ACC selections, we wound up with more wins, and eventually, more and higher round draft picks.

Fans and writers claimed the ACC was prejudiced against Miami and slighted us with their all-ACC selections. But then, so did the draft selections, and the wins column.

This year, the ACC says we have one all-ACC player (plus the two kickers, but they don’t figure in the 11 offense and 11 defense players). Clemson, by comparison, has 8. If Bama was ACC, they too would have 8 – or 9 or 10. And the wins will reflect those numbers, and so will the draft picks.

The talent we have who can kick anybody else’s ass is: 1 – being Bubba Bolden.

Sure, we still put some people into the pros – in the later rounds – not multiple players in the 1st, 2nd and 3rd rounds where it matters.

So Big – you get an A for today’s surprise question: Where’s the beef? You answered correctly: I’m struggling to find all this talent everyone keeps raving about.

Problem is, nobody’s gonna like that answer. So, what we have to do is find a better question. Try this one:

What if we had a Quarterback: Height. 6-4. Weight. 224 lbs. Class. Freshman. Hometown. Glastonbury, Conn. Could we build a great team around him and kick ass like Bernie?

or, how about:
are we building a team with our recruits now for Van Dyke to win a natty in his first year?

One last stab at Richt – he ‘resigned’ because he knew the cupboard was absolutely bare (and Manny lost 7 games with it). Must have been a funny look on Blake James’ face when Richt walked into his office with an empty bag of players names and said, "here, you do something with it!"

And that’s another reason why Manny needs and deserves more time to rebuild this program that was destroyed from within by Richt and James.

Rock and a hard place

so we hope for the make believe
and prepare for the likely realities.

I’ thinking that Manny will grow into the job
he’ll be better next year,
and the next
he’ll have an experienced quarterback
and an offensive line (maybe) in the 3rd year.

Minimum 2 years to go before we can start to look forward.

Enjoyed talking with ya, bdCane.

you looked up an idiom - and found one.

Now look up the grammar used in that idiom – you’ll find that your usage is grammatically incorrect, as is the grammar in the idiom.

You’re about 0 for 3 or 4 in this game. I suggest you go and write something – that would be a better use of your time.

News flash! (LOL) I was not critical of your criticisms.

You said, "I like Michigan State…". I suggested you could – and should – find a more creative way to say that, especially while you’re in the home of the Canes.

You replied by saying that I singled you out, and was critical of your criticisms. You also asked, "Me focusing on nothing but positives accomplishes what exactly?"

What? oh, wait – I get it – the more comments we banter back and forth, the happier Cam is. ok – good work.

BTW Allin - I'm struggling with the phrase "always wishing for things as they are not" - I think that could be improved.

And Craig – the correct grammar is to "call things as you see them", not like you see them.

Allin does seem to have a better handle on when to use like vs as. That’s a good thing for writers!

my my touchy aren't we LOL

Of course you can write anything you want – in your opinion – and of course, so can the fans.

Craig gave his unsolicited opinion – and I replied with mine. I did not call anyone any names. I merely suggested that when you write for a specific market, that market appreciates it when the writer appreciates the reader.

In my opinion, it’s not a good practice to offend any of your readers – especially when you can make your points loud and clear without risking being offensive. In my opinion – better to make a fan of your writing than to lose one needlessly. As for the news flash – well, thank you for it – it wasn’t expressed too obnoxiously, was it. I always enjoy good writing!

Great line, Kc – we used to give out awards for things that – called a Bergey – I turned the job over to – who else – Sir Bergy!

If you can’t get one from him, I’ll have to dig into my files and find the original template – and send you one!

Meanwhile – please rescue my newest Fan Post from the dead zone – about Blake James and the future of Canes football. Spoiler alert – you probably don’t want to read it – lol.

when you said the Canes should have had a field day – I said you were dreaming (in a positive way) and trying not to wake up (positive). But – you pointed out a lot of facts (negative), probably all true – but there were many positive plays nobody mentions – and then you concluded with an insulting negative (not what I want from my homey writers): … I like the Spartans straight up this weekend…

What I want from my homey writers is something more like: "I’m afraid the Canes will struggle mightily against Mich State – but – where there’s life, there’s hope – and I’m still alive, so GO CANES!"

I don’t need my homey writers to tell me who they like if its not the Canes – that sucks more than telling me the Canes suck in general.

You see, Craig, in my opinion, telling me the facts straight up is one thing, like telling me my mother was a bitch. But telling me you hope she’s rotting in hell is not entertaining on my pro-Cane site.

For clarification – I’m saying your facts are great – but you can be a better fan. Of course, you may disagree.

I’ve been a Cane 2x graduate and fan for almost 60 years – never once felt the need to say "I like the opponent". Nope, come hell or high water, I like the Canes!