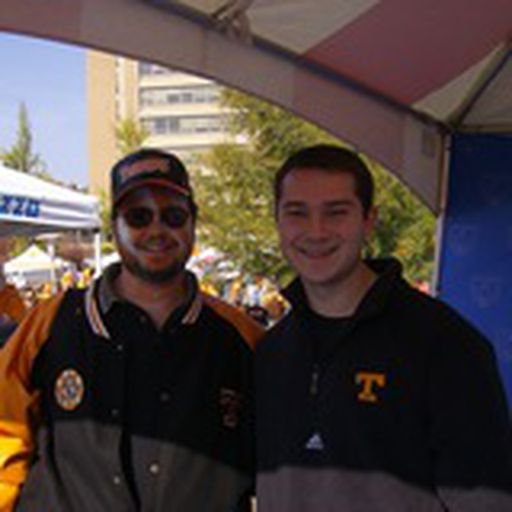 Joe has been a blogger for over fifteen years. Starting back in 1994 he and his best friend formed a website Techography.com.His friend obviously had no clue what he was doing by giving Joe a keyboard because its been down hill ever since. In 2009 he branched off in to his own website Registered Evil. Joel and Will have suffered his antics at Rocky Top Talk since 2008, for which Joe is extremely appreciative of. One day he intends to buy them cold adult beverages at a undisclosed location in Knoxville. Joe has a degree in Business, a Bachelors in Management, and is currently perusing his Masters in Project Management at Missouri State University while studying for his PMP. He has attended college at North Metro Technical Institute, University of Tennessee, University of Phoenix, and (currently) Missouri State University. He served in the United States Army for almost 10 years before being honorably discharged, a tradition that as a first generation America (his family is from Ireland) he chose to continue. He currently works as an IT Project Manager for a Fortune 500 retail company, does volunteer work for Storm Prediction Center in the Midwest and contributes to Rocky Top Talk in his spare time.

The dreams of cats are filled with mice

Game of Thrones- Arkansas and Tennessee

Welcome to the SEC

Garden of the Gods

The gift that keeps giving

It's nice to know ESPN is on the ball for this weekend....

It's Great to be in the $EC