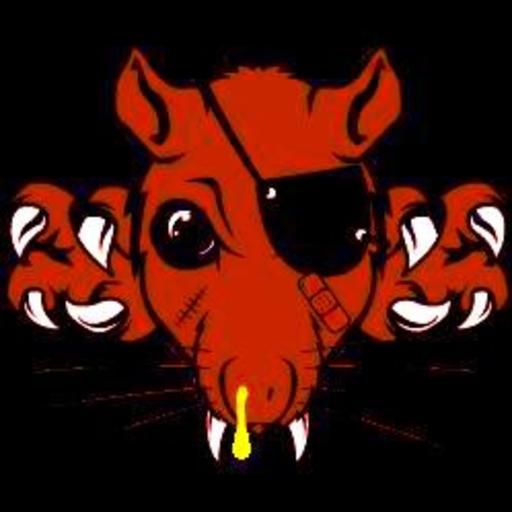 I am a lifelong fan of Kansas City sports teams. The Royals have been my team in baseball since 1972. The first football game I ever watched start to finish was Super Bowl IV. I saw game 7 of the 1985 World Series in person.

I am not sure what

you mean by "natural voice". I mean, are you talking about someone like Adele, or Pat Benatar (using a couple of different genres there), someone who has a pure voice and a wide range?

If you are, that is correct, of course. She doesn’t have the purity, or that big of a range, but I think what she does have is a quiet power, and that is an underrated weapon that not everyone with a better voice has. She can sing softly and make you feel it. She doesn’t have to let the animal completely out of it’s cage to do the job, and she has figured that out and learned how to use that power in quieter songs like the example here. She can let it loose in heavier songs, but finds the ones that stay in her range.

I am agreeing with you, but trying to point out her strengths and how she has played to them.

with unlimited. I went there once and the next thing I knew time had ceased to exist and I stayed up too late and felt like I had partied when I woke up the next day without the fun.

I will just do the daily word when I get home (I work at night so I arrive home after midnight) a little short diversion while I am relaxing.

these went away in 2018. Along with increasing the standard deduction and doing away with personal exemptions, it mostly took away itemizing for the middle class.

They had groups that featured musicians, and made complete albums. Wouldn’t work today. How many people (especially younger ones but most people are like this now) make a habit of even listening to a complete "album" anymore. It is all about downloading one song.

There are exceptions, of course, but not necessarily popular ones. You have to dig hard to find the good ones today.

was invented by a rocket scientist. That is not a joke or sarcasm, it is real.

need a new stadium, but I don’t think a Florida team will ever draw well. Everyone in Florida is from somewhere else, and a ton of them are from the northeast, where they bring the love of the Yankees and Red Sox with them.

the guys playing close to and into their 40s would be semi crippled by 35.

was s guy, not a conspiracy. He did prison time. There is no doubt that a referee could be betting on games or taking money from bettors to make calls to change the game. That is what Donaghy did. He got $2000 per game he got to go the right way. With a large number of NBA games, that is quite a bit of money. It might take more than that for an NFL official, (they average a little over $200,000 per year) but it is always possible. I would even go so far as to say that it will probably happen again someday.

It is not possible for some kind of grand conspiracy that goes "that goes all the way up to the NFL commissioner" which was the theory posited by the guy I replied to.

You do sound crazy

The idea that they could have Goodell, the refs and however many other people would have to be involved in something like this without it getting out is laughable. First, there would be a ref or some other regular paid job that would want "negotiate" more money for his silence. This would happen in about 2 weeks max. It would end up in either a big traceable payoff or an untimely death – or a book deal. Even in the 1% chance that didn’t happen, you can’t have something like this without someone telling their spouse or best friend. Hell, even if that didn’t happen someone would get drunk and tell people, and it might even be filmed today They would swear them to silence, but you know how that goes, they would have to tell someone. Whoever they told, now being two levels removed, would waste no time spreading the story, and soon it would be common knowledge and the NFL would basically have their credibility destroyed. They might even be canceled.

Not only is the idea they could keep a conspiracy like this under wraps demonstrate a clear misunderstanding of human nature, the idea that anyone would take this kind of chance, risking throwing away an elaborate money machine just to favor one team is ridiculous.

Sure, they might find a ref with a betting problem, calling key penalties someday. That is not a conspiracy, that is just a guy.

there are people that still blame the players. First I think there is an element of jealousy. Many baseball fans briefly had the dream of doing that for a living as a kid, and saw it as their dream job. Every time their is even a salary dispute involving one player, there are people that say "They get paid millions for something I would do for free". First, No you wouldn’t, and second, no one would want to pay to see you play, and TV and radio stations wouldn’t pay to broadcast you.

Secondly, over the past 40 years, this has gone from a country that focused on individual workers to one that is focused (and some would say run by) corporations. It is the norm for people now, and many just accept it. Along with that has been an ever escalating campaign against unions given directly to at will employees making a smaller piece of the pie than any time in our history. They walk around with their hands on their ankles thinking they are part of a team. Corporations pay little in taxes and constantly have their hands out for bribes in the form of tax breaks. Less people are in unions, and they have a well fed bias against them, and don’t understand why people they think of as rich need them. The fact is that they would be bent over by the owners just as quickly as someone working a low wage job.