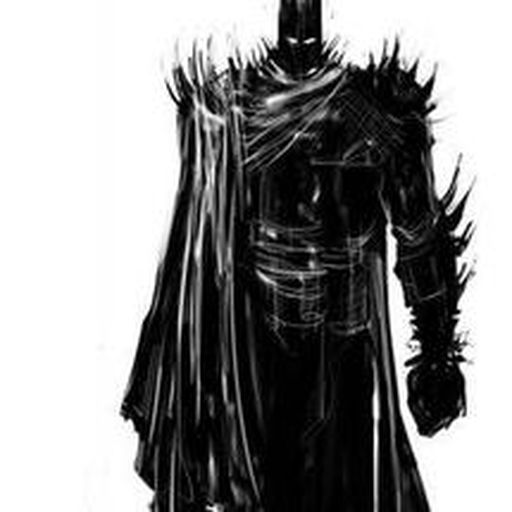 All I can say is I'm a sports nut, and pride myself on following as many sports as I can.

Is it really that, or are they just leveraging this because of their previous issues with game time and turf?

Yes their are rules that the clubs help create and work together on, but there is the league offices/officials who implement those rules and run the direction of the league for the clubs. Thats whats missing here, is real leadership in those roles.

By example, fact they seem to just be a figure head that pushes all the actual stuff back on the clubs. No reason the thorns should have been handling championship tickets from the beginning.

Earlier you said this isn't punishment to portland

But if this isn’t, and they new and were upset when this happened, only 1 thing has changed. That is this entire ordeal, so basically the PA are using this to get what they wanted back then. Which means its punishing portland for it.

No matter what side you are on, it is a bad look, and just another poorly executed move by the NWSL

You are correct, but one big difference here

College sports are subsidized by their bigger money makers in their colleges, and thats mainly due to title 9 and other things that force equal sports.

In Europe the womens teams are ran by the same clubs in many cases, and yes they are pumping money into them. But the ones that are succcessful are making so much money on the mens side that its peanuts to subsidize the womens programs.

MLS isn’t running NWSL, and seems to have no interest in doing so. They are under no contract and really have no reason outside of PR reasons to put money towards the NWSL. They aren’t making a ton of money, so its unlikely they have the extra funds to do so out of the goodness of their hearts. US youth soccer was who was subsidizing womens soccer, but now with them offering equal contracts to the men and womens national teams, its unlikely the women will get those extra benefits that the men weren’t getting. I know we are a long ways away from the end of the US youth soccer contract issues, but that is one area I don’t see them retaining, unless they get signed contracts from both the men and women that neither side will sue (assuming it ends up being different contracts again).

They wont get over 10K fans unless they give away tickets

Just another step to the end of the NWSL. Just can’t seem to get anything right. Once US soccer stops subsidizing their league with their top players, I really wonder how long they will hold out as a league.

If fans demand MP sale the team, then the league is done in my opinion

Thorns are by far the most valuable brand in the league, and hes not just going to sale them and leave them in portland. My guess he would be more likely to just shut it down over sale them, but even if he did sale it would be to a different location.

It really is a difficult situation to be in

Because the league itself isn’t exactly making money as is, and to make the changes they are wanting will take more money being poured in. At some point it could be come more than a lot of owners want to put in, and they close shop. So the question is how do you make changes and increase the revenue?
when you couple that with the idea that its looking more an more unlikely that US Soccer is going to continue paying 100K to the women player as salaries to stay in the NWSL and you see the top players going to Europe, its tough to see how they get back on top.

Once they passed that information onto the league, and a new team starts their hiring process, the thorns have zero say at that point to what that other team should or shouldn’t do. No team in sports is going to tell another team what they should do in their hiring process. To me the league is 100% responsible to take the information that was given to them from the thorns and work with WNY in the hiring process. Take any other sport out there, you think the blazers should go and tell the Knicks who they should hire or not hire? of course not.

But this is why I want an investigation and information on the re hiring process and what the league and WNY did. For example did the NWSL even give WNY the information? If they didn’t, then they failed. If they did give them the information what did WNY do with that info? Even if it wasn’t a "damning report" did they at least reach out to the thorns to ask follow up questions and get clarifications. Teams do that all the time in many sports, but its up to the hiring team to do their due diligence and the follow up work. IF they did reach out to the thorns, then lets find out through an investigation what the thorns told them at that point. If they got the info from the league and chose to not do any follow up, then thats on WNY now.

Thats why I really want an investigation on what NWSL new and what was in the report.

The players are the ones we are talking about protecting and creating a better work environment for. So I want to know their demands/asks.

But I have heard the term "cover up" with this a lot. But did they cover it up? They investigated, fired him, and reported it to the NWSL. In most businesses that would be the proper process to go through. Not publicly making a statement that calls him a creep isn’t covering it up. its protecting yourself from a lawsuit. Now I still have a LOT of questions about what process were in place (if any) with NWSL. How he got more jobs after they had the info from the investigation, and all sorts of other questions. And maybe I just haven’t read yet the cover up part. To me though a cover up would be hiding the information you found from the league, not sharing it.

I do get that, but we also don't know what discussions happened at this time privately

We don’t know if there was threatened lawsuits or other things going on at the time, or what was going on. We are just guessing. But when it comes to him getting re hired, what does it matter what they put out publicly, if they told NWSL all their findings? NWSL knew what they found (regardless public statements), and I would assume they shared that with WNY, and knowing all that, they still hired him. To me that is the most outrageous part of all of this. The first time someone’s caught, and punished is one thing, but for the league to have this information and allow him to be hired 2 more times? That’s what I REALLY want to know more about with an investigation. how did the 2nd and 3rd job happen with the information already handed into them.

On a side note, I also wonder if this is the beginning of the end of the NWSL, and how sad that would be

Before this happened, I was wondering if they are entering their end. The top players are starting to go to Europe for better contracts. Most teams can’t seem to sell tickets. The Womens national team is in their new CBA with US soccer, and that is NOT going well. Their latest lawsuits that failed are now creating a situation where US soccer is offering "equal" contracts to the men and women, the problem is they are no longer offering 100K yearly salaries to the womens team to stay and play in the NWSL, so if that goes away (with benefits) how many top players will stay in the US. Lots of questions on all that. Not sure if this will be the nail in the coffin or not for the league.

I have been all over the place with this, but I do think this is way too much way too soon

I’m trying to relate this to a normal business situation. I need to know more about what actually happened from the thorns standpoint before I can really have a point of view, which is why I agree with those above that these demands are way too early. From my understanding so far (as I said so far)
1. a complaint was brought forward
2. the company investigated the complaint (as they should)
3. they found it to be enough to fire the coach, but not criminally liable.
4. They then fired the coach
5. They informed the league of their investigation findings

But, they followed what is normal at this point. What blows my mind though, is how he was hired 2 more times after this. It is NOT the thorns fault that the NWSL allowed him to be hired 2 more times after they reported the findings. That is 100% on the NWSL. I would love an investigation on how that happened. That to me is where the bigger issues lies. If the thorns handled things as it is reported they did above, I am okay with it, but still let down a bit there wasn’t a better process in place. If they adjusted the process after to improve it, then that is a step in the right direction. I wish it was better to begin with, and they need to accept they failed there, but at the same time it doesn’t look like they stalled or covered up for it. They fired him right away and reported it to their league. That is pretty straight forward procedure at that point.