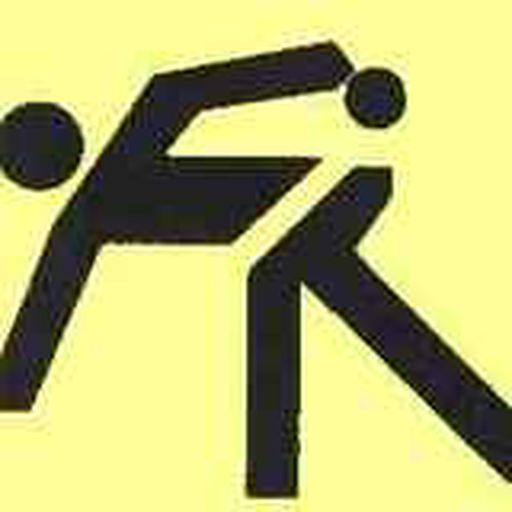 Writer, instructor, Cub fan. Born in Chicagoland but been in Michigan a while now.

But I have a feeling it’ll be whichever of the two stays healthier. I’m wary of both right now, though I’m not sure that’s fair to Madrigal. I know nothing of his history, only that we traded for him and he was already on the IL and out for the year. So he’s kinda like a ghost at this point. Nick who?

Al Yellon's comment on A Cubs fan’s guide to the World Series from Bleed Cubbie Blue,

I vote No for Nelson Maldonado

And Yes for Nelson Velazquez.

I luck out being on the west coast

of Michigan. I have MLB.TV and don’t get blacked out unless we’re playing the Tigers, even though I’m not really too far from IL. And to your point, there are just as many Cub fans in these parts as Tiger fans, most likely due to WGN.

that if the ball nips a corner, it’s a strike. What’s the issue with that? Calibrate and let’s go.

It's not that I don't like the "opener" strategy

so much as I, and maybe others, lament the loss of the true starter that could actually consistently give you 6+ IP. I’m more than willing to see where this goes. The DH seems inevitable, at this point. And as much as I’d like it not to be, it is hard to argue for pitchers having to hit when they haven’t had to do so in their entire professional careers.

commented on The pitching ‘opener’ and the universal designated hitter from Bleed Cubbie Blue, Oct 19, 2021, 11:41am EDT

I voted to extend

but I really can see them trading him. My fear is if you get rid of him, who the hell is gonna catch next year, or the next? We don’t have a starting catcher anywhere close in the system, as far as I know. So maybe we sign a FA catcher for ‘23 and beyond then? Who’ll be available though?

didn’t want to partake in the off-season devil-magic rituals they had scheduled.

Yeah, I noticed that, too

Kinda scary. Really hope we’re not planning on Wisdom as our starting 3B next year. Maybe as a backup, utility 3B/1B? But please no on the starting.

You are amazing, JW

Always with the stats. Thank you!

Venk N.'s comment on With the universal DH likely coming in 2022, here are a number of ‘lasts’ for Cubs pitchers at bat from Bleed Cubbie Blue,

There is an online Scrabble calculator. Actually, there are many!

Vance Lawyer's comment on The Cubs’ Jed Hoyer talks about the team’s future in his season ending news conference from Bleed Cubbie Blue,

I don't disagree with anything you've said

And hope that your reasoning is essentially spot on. That would better the odds for a real break-out season for him next year, which I’d love to see.

I think I'd push Happ's grade down a tad

to a C+. His hitting the last two months was A+ level, to be sure. But really, where were you?!? the first 2/3s of the season? I like Happ and want him to succeed. But it’s difficult to manage a player that can be so cold for so long and still win ball games. Makes me really think there had to have been an injury or something causing him to be MIA for so long. Hopefully in ’22 he can avoid being Heywardesque for 4 months.

fortwaynecubfan's comment on MLB’s runner on second base in extra innings rule is history from Bleed Cubbie Blue,

flmike's comment on MLB’s runner on second base in extra innings rule is history from Bleed Cubbie Blue,

cubfred's comment on MLB’s runner on second base in extra innings rule is history from Bleed Cubbie Blue,

MN exile's comment on Reflections on what is likely the weirdest season in Cubs history from Bleed Cubbie Blue,

that the core was not some magical, perfect group who had been crushing it. They were in 2016. Since, not so much.

commented on Reflections on what is likely the weirdest season in Cubs history from Bleed Cubbie Blue, Oct 4, 2021, 1:04pm EDT

But it’s foolish to want them all back. What does that prove? That we can be a mediocre team with several aging, "core" members locked in place for X more years? They weren’t getting the job done, which is easily proven by the fact that our replacements – those guys you’ve derided in multiple posts now – put up a better runs/game average than the vaunted core did. As Al mentioned, it was the pitching that doomed us, not ridding ourselves of the core.

As painful as it is, you have to move forward. Yes, hopefully the Ricketts spend money. And if they don’t, I’ll be just as angry as the rest of us. But along with increased spending, our young guys will mature, and they will matriculate to the majors, and some of the them, hopefully, will be very good ballplayers. And yes, maybe even better than some of the old core. That’s kind of how baseball works.

commented on Reflections on what is likely the weirdest season in Cubs history from Bleed Cubbie Blue, Oct 4, 2021, 12:49pm EDT

Al Yellon's comment on On The Horizon: Cubs vs. Cardinals series preview from Bleed Cubbie Blue,

CDu's comment on What should the Cubs do with David Bote? from Bleed Cubbie Blue,

Classic! My friend and I used to sit across from each other and play our own games, talking about what was happening in each game as we went, because we were too competitive to actually play head to head!