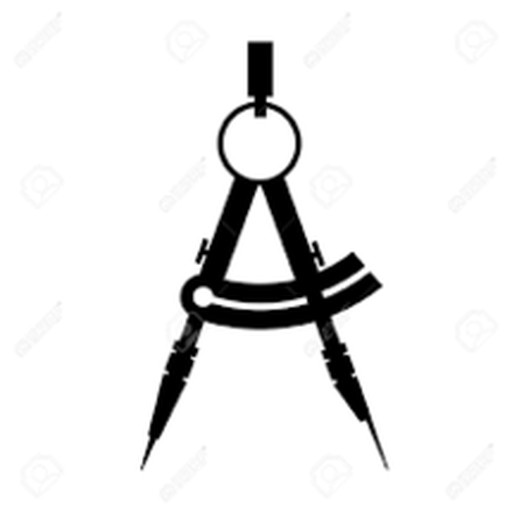 Too much chaos this year.

If UGA waxes Alabama, then ND may slide up. If it’s close, then Alabama will be rewarded with a playoff appearance.

F&*k, man. I am so pissed. Clemson gifted this game away. Starting to sound like a familiar tune.

BB should have pulled Honor. He was a tough shit show with the game on the line and a big reason for the epic collapse.

Good God that was hard to watch. Saying I’m disappointed is an understatement.

You mean to tell me you don’t understand why someone would want to return home just before retirement while drawing a fatter paycheck?

I totally get why he wants to leave.

Ego. It’s all about the ego.

I'm not mad we offered Adjou

Sometimes you strike gold, sometimes you don’t. I think he’d be a fine ST player if we can get hime to tackle/hit.

Beyond that, I think he’s a decent 3rd string WR.

I wondered if TE didn’t work TP into the rotation this year if he’d stick around. TP doesn’t have pro potential, so I thought there was a slim chance he’d stay. There will be some team who will take a chance in TP.

Good for him, but it would have been great to have some depth with experience.

I'm with Rare Breed on this one

Question: Did DS & TE screw up early?
If you answer yes, then you don’t ignore that reality and hand them a trophy for ‘fixing’ their failures.

That’s like a QB screwing up the first half of the year, then getting a Heisman for playing a perfect second half of the season. You congratulate DS & TE for a 9-3 season and that’s it. Finito!

Cutcliffe is a phenomal QB coach.

His offenses have been pretty innovative – just lacked talent to go with his schemes. If I’m David Cutliffe, who just turned 67 in September, I may not want another HC job after Duke. According to an article in FanNation, his HC salary at Duke was $2,669,345. I’m sure Clemson could find a figure that would be respectful enough to entice him to come for a few years.

Rutgers is a good team – let’s get that out of the way. Don’t let their 3-3 record coming in distract from that. Rutgers has plenty of height, experience, and good outside shooters.

The fact is the Tigers were lost for the better part of the 1st half. As the commentators mentioned several times, Clemson is one of the best shooting teams in the country and got plenty of good looks. The ball movement was good, but the Tigers simply didn’t knock down any shots. That’s the REAL story of the game. At some point near the end of the 1st half, I remember Clemson being around 33% from the field. I think they shot below 30% in the 1st.

The final stats lines: Clemson shoot a measly 39% from the field, 22.2% from range, and 22 fouls. This team came with energy, but nobody got into a rhythm. Rutgers didn’t do anything special, it wasn’t our guys night. Road game blues.

I was inspired by Clemson showing toughness to climb out of the 11-point hole in the 2nd half, but I was flabbergasted when they fell flat and coudn’t take a lead. At the 3:26 mark Rutgers held a manageable 4-point lead. I thought Clemson got tight in the last few minutes when Rutger’s stars got hot. The Tigers didn’t stand a chance getting the game to a one possession game. To add insult to injury, the Tigers missed a lot of front end shots at the charity stipe, that would have cut into the lead.

I can’t fault BB for this one. Sometimes the players have to make plays. Hall fouled out going 5-13 and only 10-points. Tyson was 2-9, Dawes 2-7 (didn’t hit a shot in the 1st half), and Honor was 2-9. You’re not going to win games with that kind of shooting night.

I suspect the disparity between the haves and have-nots will continue to grow and deepen the established structures. Schools and student athletes are still trying to figure out the nuances of the NIL. What I’m seeing is only a few athletes (QB, WR, and RB) are getting the benefit of the NIL. You’re average OL and DE aren’t going to be attracting splashy 6-figure deals like DJU. As coaches changes schools, fortunes will rise and fall as they always have.

I think Dabo is more adept at the NIL changes than with changing his offense. What concerns me more is replacing BV should he leave. I think replacing TE might be far easier.

Kane knows the NFL isn't in his future

He’ll leave Clemson with a degree and use the transfer portal to an opportunity to get a post-graduate degree. Seems clear to me. Kane is looking beyond football, so good for him.

I gotta agree with Rare Breed

DJ fought hard, played with an injured throwing hand and a bum leg. He was not particularly accurate throwing, but his WRs didn’t give much of a chance.

We’ll see if the WRs and QB can develop some more repor before the bowl.

How many passes did the WTs drop today? It’s diarrhea epidemic and every has it.

Great end to the season

mdlusk's comment on Clemson Tigers vs. South Carolina Gamecocks: How To Watch, Online Streaming, Live Gamethread from Shakin The Southland,

Watching our offense this half is offensive

I need a drink.

I really wasn’t aware of Tillman, the man. That was enlightening.

As a non-native S. Carolinian (but a true southerner), I never identify present day institutions by their past. Truth is, the past is ugly on many sides. It depends upon the lens you look through.

I love Clemson’s Agricultural-Engineering roots, which is why I chose to get Civil Engineering degrees there.

As far as our game with the Gamecocks, I will always pull for Clemson and be sad for the entire year if we lose . We have that in common. Once again the outcome may be coin flip. I hope it’s not too ugly

The Irish don’t belong in the ACC.

I, for one, hope FSU gets to bowl eligibility. I like Wake below Clemson in the rankings…just my personal bias

I dont blame guys for leaving for more playing time elsewhere. I would love it if Lyn-J got his head on right, but he didn’t want to share carries after sitting behind ENT. It just got in his head. Hate it for him and Clemson. Same could be said for Chez Mellusi. Either way, Shipley, Pace, Mafa are awesome.

I, too, thought the UGA was the best defensive game of the season.

It’s been noted that the teams we played in the first half of the year were the most defensively competent teams and that the backhalf of the schedule gave Clemson the opportunity to put more point on the board. Clemson has now put up 30-pts, 30-pts, 44-pts, and 48-pts going back four games. Given the offensive ineptitude and mistakes we’ve seen, it’s a step in the right direction. [Footnote: Clemson had four FG’s in the first half of the UCONN game and we coudn’t finish drives for TDs.].

I’m not blinded by our sudden offensive success to think Clemson should be ranked or will cake-walk through USCJr. It’ll be another tough road game for Clemson it the offense or defense doesn’t bring their ‘A-game’. When it comes to rivalry games, sometimes you have to throw out the history books. I do think Beamer will register his first loss against Clemson.

Best game of the year on both side of the ball.

1. DJ battled hard. Made some WTF throws, but given his throwing finger injury (splinted) and knee/foot injury (?) maybe those are to be expected. I was impressed with his tough running and his ability to work through his progressions. He battled hard all day. Gutsy performance.

2. TE came in with a quality game plan and made some great creative wrinkles. Funny how we are so thin at WR that we only have four folks catch the ball: 4-rec by Collins, 6-rec by Allen, 1-rec by Swinney and Shipley. The yards after contact was tremendous – tough running. Our goal line running offense still needs work, but I liove the pass by Shipley.

3. Defense: Wow. Wake’s first four drives ended in punts. They found their rhythm for a 14-play and 11-play drives ending up with a FG and TD. On their next four possessions, they had an INT, FUMBLE, FG, and FUMBLE. At that point, it was 38-13 and the game was essentially over. The defense held Wake to a season low in scoring and yardage. What else is their to say. Great job.