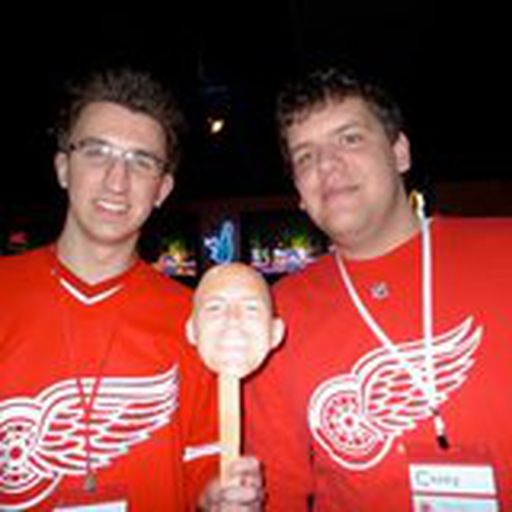 Greetings, my name is Kyle, and I like the Detroit Red Wings.. a lot. My fan-ship started as a wee lad, finding and loving hockey after the 1994-95 strike, and consequently being shattered as that 94-95 Red Wings team went on to lose to the Devils in four games. Since then, I've been privileged enough to see Detroit capture 4 Stanley Cups, each one better than the last. I've evolved in through hockey to acquire a rather unhealthy obsession with leagues outside of the NHL. The Wings are still my one and only, but I watch as much major junior, college, international, minor-pro, and even a little European hockey as I can. I'm a bit of a draft nut, so I find that watching this much hockey is the best way I can know if I approve of who the Red Wings draft, because as we all know, it'll be 5-6 years before they actually make the Wings.. unless you're a freak like Helm. I've got my own blog over at Babcock's Death Stare, but I'll be providing additional coverage over here at Winging it in Motown. Look for my regular updates on Detroit's prospects.