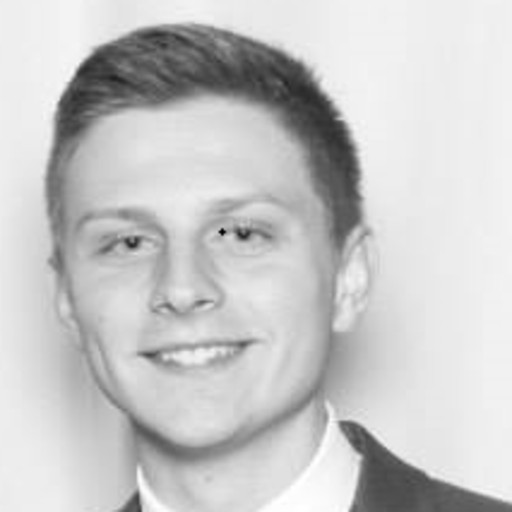 With over ten years of membership at Clips Nation, including eight as a writer and editor and four as editor-in-chief, Lucas almost certainly has less of a life than any of the other obsessive Clippers fans that he writes for. After building the Clips Nation brand for the last decade, Lucas and the entire Clips Nation staff moved to a new, independent venture: 213Hoops.com. An L.A. native and former Saugus High School basketball player, he is a graduate of St. John's University and Syracuse University. Media requests for Lucas can be sent to LucasHann@213Hoops.com.

start him vs Mexico in november

will be interesting to see where RB's priorities are

We’ve still got a lot of UCL group stage ahead of us, but we could easily see Leipzig out of european competition altogether in the spring while Salzburg is entering the champions league knockout stages. Do they pull Aaronson up to try and secure a top finish in the Bundesliga to get back into champions league next year? How many matches do they have for him without fixture congestion? Do they keep Aaronson in Salzburg and try to see if they can get to a quarter or semifinal?

commented on SSFC Spotlight: Samuel Shashoua on the rise at CD Tenerife from Stars and Stripes FC, Oct 16, 2021, 3:35pm EDT

Where I would agree with you is that we haven’t really seen Turner play with the kind of lineup Steffen got to play with.

2-0 win, 62% possession. Granted Arriola and Zimmerman are downgrades compared to Weah and Richards, who replaced them for Steffen’s match vs CR. So 8/10 outfield players are the same, 2 are better for Steffen than Turner.

pay PSG to loan one of those guys maybe

But Salzburg is on their way to finishing 1st in their UCL group against the French winners (and Tim Weah) and qualifying teams from the Bundesliga and La Liga.

And Aaronson might be more essential to Salzburg than CP or Reyna are to their sides. BA could play at Chelsea or Dortmund and I think next year he’ll be playing in the Bundesliga for Leipzig.

I wonder if you can play that formation with different responsibilities

For example, we heard a lot after the Panama match that Acosta wouldn’t have been as bad if he had a lineup around him that was suited for his skillset. He can track back on defense, cover the wings, cut off angles to stall counters, but he isn’t going to progress the ball or play long diagonal passes. So playing him with Turner, McKenzie, Zimmerman, Bello, Moore, Lletget…. there’s a lot of redundant flaws in that defense and midfield when it comes to ability to combine and move the ball forward.

What if we think about Busio as a 6? I already know, everyone is going to say he’s not big enough, not fast enough to play transition defense, not strong enough to win tackles. But I think he’s going to be really good at helping us advance the ball and play long passes up to the wingers. Maybe with Busio at the 6 you take out Brooks and play a more athletic CB pairing for transition defense and duels. You don’t need Brooks to be the "DLP" anymore because Busio is. Then, you make sure that McKennie and Musah are the 8s playing with him because they’re most likely to win tackles in the midfield. You might even decide that Tyler and Dest should take the same match off so that you can play a RB who is going to stay at home more (Yedlin) so Busio doesn’t have as much responsibility covering out wide.

If we have to build the lineup around the weaknesses of our non-Adams 6, I’d rather build around the more talented player and use Acosta’s roster spot on someone like Konrad or Hoppe or Pefok

the nice thing about Dest/Ant/Scally/Yedlin

Is that Dest and Scally being able to play on both sides means that group has 3 LB options and 3 RB options. Add in Richards’ ability to play RB and there’s lots of depth there for a tournament.

I totally understand why folks say they don’t want to play 3ATB because it would mean taking one of our great midfielders out… but if Adams is already going to be out, whether it be for injury or suspension or rest, I would be fine playing Richards/Brooks/Robinson, which would allow Ant and Dest more freedom to come forward and help the midfield shuttle the ball into the attacking third.

Pepi is going to stagnate very quickly if he stays on an MLS bottomfeeder. Getting him out of Dallas is probably the most important USMNT goal in the january transfer window, even if it means we can’t have him for the WCQs at the end of January.

is thinking that if you told Musah "hey, we’re up 2-1 with 15 minutes left, time to pump the brakes and recycle possession", he wouldn’t be able to make a negative turn and pass to his CB just as well as Lletget.

Musah can easily do everything Lletget can do, and better. Just because he’s also capable of playing at a high level doesn’t mean that he can’t make simple, conservative plays when the situation calls for it.

I want Sargent in to close the game as the central defensive forward.

If it’s tied or we’re down, go Pefok.

sub on for Pulisic

yeah this is more or less how it looks

I think Zimmerman probably gets the CB4 spot as a late sub for aerials and general devotion to the program shout.

I’m more and more leaning towards leaving Acosta out of my 23, even though I know he’d be on the plane if it was leaving today. I think at the WC we need Adams to start every match and either play a 3rd CB or a double pivot (I’d like to try out a McKennie-Busio and/or McKennie-Musah double pivot with Reyna at the 10 in one of these spring qualifiers) if he subs out or gets hurt/suspended.

The bad news is you can’t start all of them (maybe 6/7 if you play Weah as a ST or otherwise use a false 9/play someone out of position).

The good news is that if/once we get to Qatar there should be absolutely no need for anyone besides those 7 to start a match at a wing or midfield position, unless that player breaks into this conversation quality-wise (Busio might be closest for me).

Ant and Dest are nailed on first-teamers at FB. Looking forward to Scally breaking into the team for versatile depth.

almost halfway through the octagonal

Honduras is probably all but done, which is bad news for us because Canada has both matches left vs them while we have both matches left vs Mexico, so our 1-point lead is offset by a harder schedule and the remaining H2H being away. Right now just looking at the fixtures, Canada probably has the upper hand. We’re going to need to get big time results.

Our next 5 are vs MEX, @ JAM, vs El Sal, @ CAN, vs HON. If you can win all 3 easy matches and get draws vs Mexico and Canada, you’re looking at 22 points going into the last window which probably qualifies you but really puts the pressure on since you’re going to Azteca and then playing crucial H2Hs with teams who could be competing with you/each other for 3rd/4th: home vs Panama and away vs CR. We would be in a lot better shape if we had gotten better results in our easiest, first window.

GK (3): Turner, Steffen, Johnson — Horvath would be fine but he isn’t gonna play here. Turner for shot stopping vs Mexico, Steffen for possession vs Jamaica
LB (2): Ant, Scally — Let Scally start vs Jamaica
RB (2): Dest, Yedlin — Obvious top 2 RBs, only need 4 fulbacks for this window
CB (5): Brooks, Richards, Robinson, Zimmerman, Ream — McKenzie dropped for poor performances, Miazga not brought because we only have 2 matches, Zimm for emergencies/late sub, Ream as asst coach
CM (7): Adams, McKennie, Musah, Busio, Acosta, LDLT, Soñora — Only bringing a 7th guy because of the yellow card situation, it’s possible we have to face Jamaica without both Adams and McKennie. Will be nice to get Soñora in a camp even if he doesn’t play.
W (5): Pulisic, Reyna, Aaronson, Weah, Hoppe – Hoppe is probably just injury insurance and I’d be ok if he’s left home, but I think he is a part of this group.
ST (3): Pepi, Sargent, Pefok – Pepi starts both, bring on Sargent if we’re ahead and Pefok if we’re trailing. Hopefully both get a 30’ sub appearance.

Robinson is still ahead of Richards on GB’s team sheet, and he’ll use those guys but in a 4-3-3 with Reyna at RW

Steffen: 6. I really thought he should have done more on the goal, but he was much calmer and more precise on the ball than Turner had been and I think he had a lot to do with us breaking down the CR press and creating chances.
Dest: 8. Really fantastic game all around, so good progressing the ball forward, and an absolutely beautiful goal.
Miles: 6. Some really crucial defensive moments, but too often after his own mistakes on the ball.
Richards: 7. Why did it take so long for this guy to get a chance?
Antonee: 7. Solid performance on offense and defense, but his crosses weren’t finding their targets in the final third. Still, really good in the buildup.
Tyler Adams: 7. Did everything you want Tyler Adams to do, which freed up everyone else to show off a little bit.
Weston McKennie: 5. He was at least aggressive, but he was pretty poor. Lots of heavy touches and inaccurate passes.
Yunus Musah: 8, MOTM. Yunus was just so, so good tonight at making dangerous turns and advancing the ball to start our attacks.
Tim Weah: 7. So threatening all night long, good dropping back in the build up and hitting Dest on the overlaps, and that’s a Weah goal in my book.
Pepi: 5. Disappointing for me. Was invisible all night long and couldn’t get involved in the wonderful buildup play that we were getting from the rest of the attack.
——————————
Hoppe: 6. A little dangerous, not too much to show for it.
Yedlin: 6. Nothing too influential in his sub appearance, but had a nice run forward.
Busio: 7. Thought he made a good impact. Would have liked to see him more this week. Has improved in Italy and had some good long balls and a nice run up the right wing.
Zimmerman: 5. Only got a few minutes at the back, not much to say.
Zardes: 6. Ran hard and won a couple of balls late.
—————————-
Berhalter: 7. He almost picked his best XI (I’m not sure how I feel about Turner/Steffen), in part made possible/necessary by throwing the Panama game. I’m glad Weah played instead of Arriola, but Greg doesn’t get credit for that. I thought the subs were on point, too. Lletget wasn’t even on the bench for this one.
Ref: 6. Bang average performance. Got some stuff right, got a few things wrong, and I couldn’t believe that yellows didn’t start coming for all of the CR fouls in the midfield as we were searching for the 2nd goal, but that’s CONCACAF

Hoppe should have taken that first time

Also, no reprieve for Weston and Tyler as they try to avoid a yellow card suspension vs Mexico for a few minutes longer