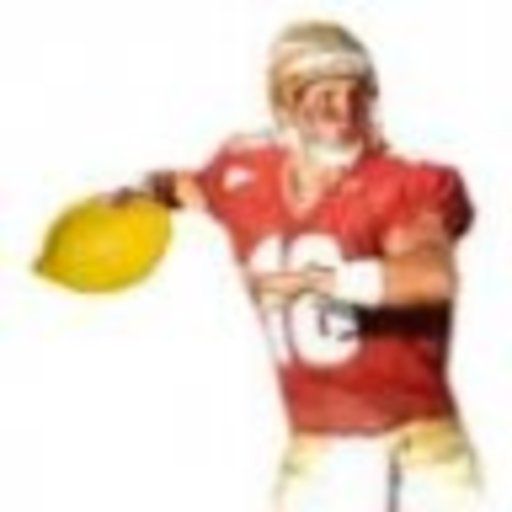 Remeber the time I threw a lemon at Steve Spurrier?

westjef's comment on Three things to watch in the Braves’ upcoming series against the Phillies from Talking Chop,

JForde's comment on Three things to watch in the Braves’ upcoming series against the Phillies from Talking Chop,

Wrh2k6872015's comment on Three things to watch in the Braves’ upcoming series against the Phillies from Talking Chop,

Kirby is at or above Saban in recruiting, just not getting the results yet. Part of that has been turnover in players, turnover in coaches, just bad luck, or conservative playcalling. I’m seeing improvements on all fronts. But if you compare Kirby to Saban, most of Saban’s players and assistants have been with his program for years, that is the big difference.

Richt was a good coach and he had early succss, then a lull/platea. He won the SEC in 2002 and 2005, but then couldn’t get by Saban. 2012 with Aaron Murray he came close. I don’t know why, but it just feels like Kirby has UGA at a higher level than Richt did even though Richt won the SEC twice and Kirby only once so far. If the Dawgs win the SEC this year, Kirby will have equalled the number of championships Richt won but in half the time.

Neither Gressel, Garza, nor Meram were not super athletes but they would often dribble all the way to the goal line, turn, and either shoot or pass. Getting a player that far forward changes the passing lanes and opens up their defense. Just the threat that they might go forward adds something else to defend and made them more effective.

Bello will do this on occassion but avoids it because he knows he’s not a good passer.

Lennon hardly ever does it.

commented on Three phoned in thoughts on Atlanta United’s phoned in performance in Philly from Dirty South Soccer, Sep 28, 2021, 4:55am EDT

SSLBraves's comment on Three phoned in thoughts on Atlanta United’s phoned in performance in Philly from Dirty South Soccer,

yupthatsmeagain's comment on Three phoned in thoughts on Atlanta United’s phoned in performance in Philly from Dirty South Soccer,

chrisjonesatl's comment on Three phoned in thoughts on Atlanta United’s phoned in performance in Philly from Dirty South Soccer,

I don’t think the first 70 games is a particularly meaningful stat:

When Richt came in, he had a lockerroom full of Jim Donnan’s recruits. His winning percentage trended down afterwards, although there were some moments.

Kirby has had to overcome a lockerroom full of Richt recruits.

shameus's comment on Three phoned in thoughts on Atlanta United’s phoned in performance in Philly from Dirty South Soccer,

if he meant "acting performance" for faking injuries and wasting time, yeah it was an oscar worthy performance

I’ve heard their baseball crew make fun of Atlanta for being stuck in a rain delay. I mean, not just an offhand comment, but a whole conversation taking delight that our announcing crew would have a late night.

Philly’s xG was only 1.1. Guzan saved our bacon several times.

Travis Hunter rolled up 134 yards of total offense (126 on 11 receptions) and scored three touchdowns in as many different ways — a catch, a run and an interception return — and had a strong game on defense, while Sam Horn completed 28 of 35 passes as Collins Hill improved to 6-0 on the season for the first time since 2002, and only the second time in program history.

He’s not only putting up stats, he’s doing so at clutch times in the game: https://www.gwinnettprepsports.com/sports/collins-hill-races-past-east-coweta-in-battle-of-unbeatens/article_3f0736aa-2f8b-548d-bfb7-4ff48d8bf873.html 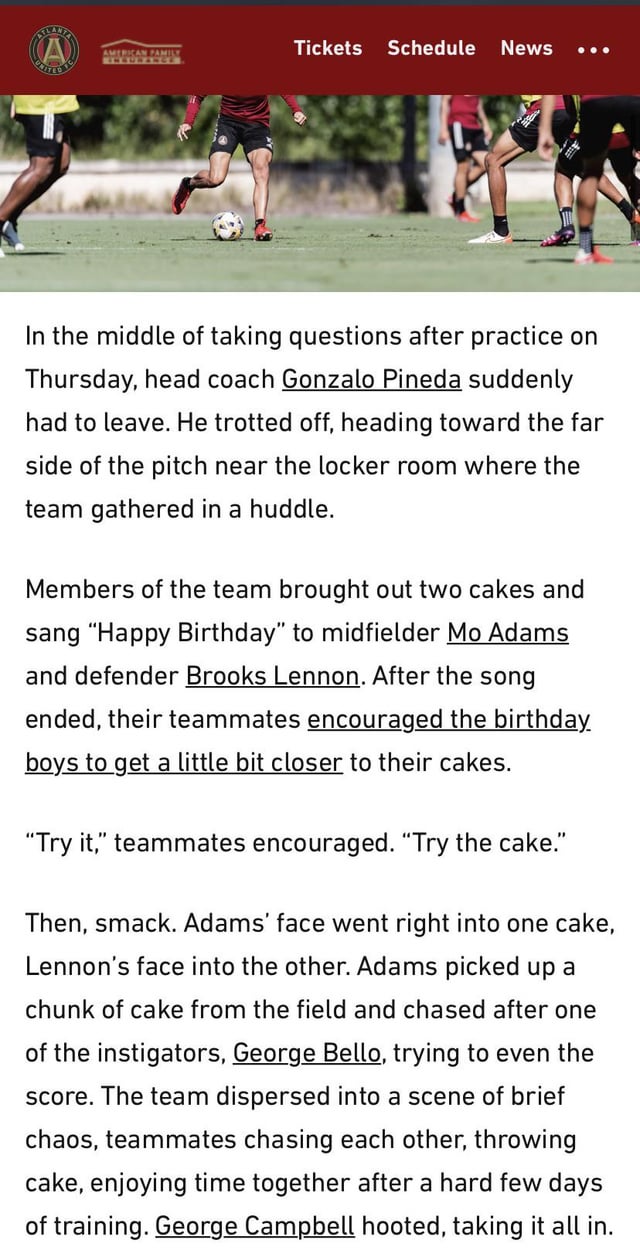 commented on From the Supporters’ Section: The ‘fun’ is back at Atlanta United from Dirty South Soccer, Sep 25, 2021, 6:31am EDT

American culture is less permanent and more transient in many respects.

A lot of Americans no longer live in the city they were born in. People relocate within America for jobs all the time. I grew up in Miami, 11 hours away by car, and my sister still lives there. In Europe, that might be like someone in London relocating to Berlin.

Also, its very accepted to root for a team in another city, especially if you have a connection (my dad grew up there) or just because your favorite player plays there. In a less mobile socitiey, I could see that being interpreted as strange or disloyal.

commented on From the Supporters’ Section: The ‘fun’ is back at Atlanta United from Dirty South Soccer, Sep 25, 2021, 6:17am EDT

baseball is a very dynamic sport.

Sure, it can have long stretches of defense, which are boring.

But once you get a runner on base, then everything changes. Offensively, you might sacrifice to get him over. Defensively, you might play for the double play. The pitcher changes how he pitches the next batter. Its sort of like 7 card poker where every batter, like every card, changes the caculus.

commented on From the Supporters’ Section: The ‘fun’ is back at Atlanta United from Dirty South Soccer, Sep 25, 2021, 6:12am EDT

and Pineda to a lesser extent.

Its amazing how well your interactions go when you understand the other person, and they are allowed to do what they do best and they feel valued for their unique contributions.

Valentino knew all these guys and let them do what they do best, rather than imposed his own style on the team.

Pineda seems to have continuted that decision and taken it to the next level.

commented on From the Supporters’ Section: The ‘fun’ is back at Atlanta United from Dirty South Soccer, Sep 23, 2021, 5:58am EDT

Angry Rodent's comment on From the Supporters’ Section: The ‘fun’ is back at Atlanta United from Dirty South Soccer,

Pleased so see that he is having so much success in the NFL, but I don’t remember seeing an NFL dback on the field for us last year. Could it be coaching?

commented on Noles News: Will Jordan Travis be available for Saturday’s game? from Tomahawk Nation, Sep 22, 2021, 7:20am EDT