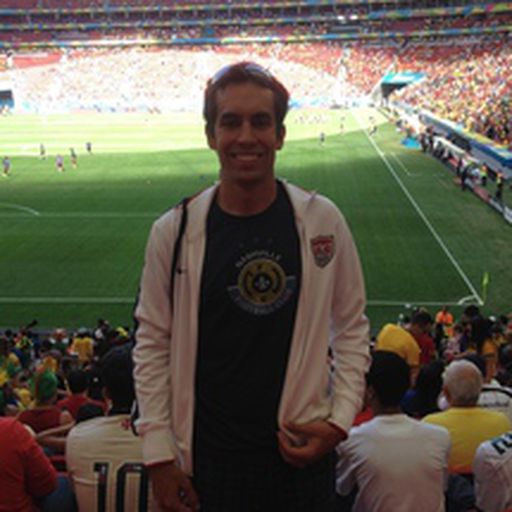 But have you watched OSU?

They also look like garbage. Spencer Sanders makes a lot of bad decisions and doesn’t have Tylan Wallace to bail him out anymore.

But yeah, after that, he’s probably out.

commented on Bring on the PodCats with Nevada Sports Net’s Chris Murray from Bring On The Cats, Sep 14, 2021, 8:57pm EDT

Sean T's comment on SLATE: Thompson may be back soon from Bring On The Cats,

Nevada's a better team than OSU

That being said, winning in Stillwater might be tougher just because of the road environment, but in terms of talent I think Nevada has the edge. On the offensive side of the ball, it’s not particularly close.

Jeremy Sharp's comment on SLATE: Thompson may be back soon from Bring On The Cats,

So, a couple updates

Some news came out in the past couple days after we recorded this that made some comments on the podcast not entirely incorrect.

The big one that most of you probably already know is that it appears Skylar Thompson will get to play again this season, so we were wrong to assume the worst, thank goodness.

The much more amusing update is that late in the podcast, when talking about new job possibilities for Nevada’s Jay Norvell, we mentioned the USC job would likely come open soon if they kept struggling like they did against Stanford on Saturday. Well, apparently that was enough for USC, since they fired Helton on Monday. Also, Chris tells me the USC interim coach, Donte Williams, was a former Nevada quality control coach.

commented on Bring on the PodCats with Nevada Sports Net’s Chris Murray from Bring On The Cats, Sep 14, 2021, 6:29pm EDT

commented on Bring on the PodCats with Nevada Sports Net’s Chris Murray from Bring On The Cats, Sep 14, 2021, 6:24pm EDT

Bring on the PodCats with Nevada Sports Net’s Chris Murray

IndianaCatFan's comment on SLATE: Thompson may be back soon from Bring On The Cats,

I appreciate the Iowa State shade

There’s a good chance K-State’s going to be a double digit underdog in that game unless something weird happens between now and then.

Well, it's also on page 2 of the weekly game notes

Again, that’s not super accessible (in a PDF once again) and a lot of fans probably won’t know to look there, but it is at least more useful than page 223 of the media guide.

In case you missed it, the Arkansas social media person was on fire last night. My two favorites:

Honestly, that’s on me. I’ve been around here long enough I should have known. In my defense, it was late, even on the West Coast.

muqluk's comment on Gameday! from Bring On The Cats,

The Tulsa team that lost to UC Davis in Week 1?

No, they are not good.

defender110's comment on Big 12 invites 4 new members from Bring On The Cats,

Limming's comment on Big 12 invites 4 new members from Bring On The Cats,

Don't feel bad for him

He could have kept his job as the starter at North Texas. Instead he chose to come to Kansas. Poor decisionmaking has consequences.

I’m not sure about that. Kansas State never had a 54-game conference road losing streak. K-State had a better record in the 10 years pre-Snyder (23-85-3) than KU the last 10 years (18-99). Don’t give that KU program more credit than it deserves, especially on this blog.

Leipold gets KU to maybe 6 wins in 3-5 years or whatever, then takes the first better job offer he gets and KU makes another stupid hire to go back to being terrible.

Any field that is at least one solid color is considerably better than UCA.

At least it's not Central Arkansas

Their gray and purple color scheme is the ugliest field in America and it’s not particularly close.