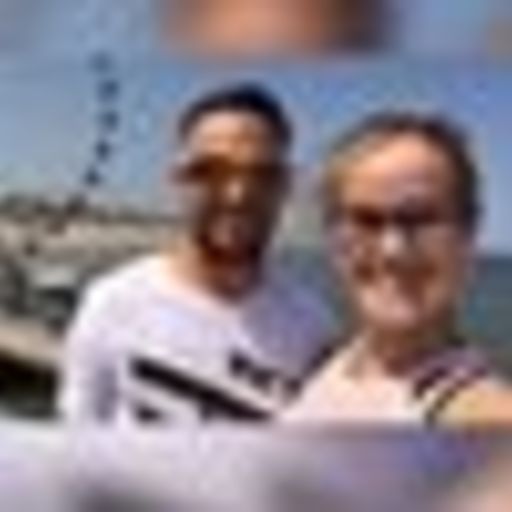 I would like to give him a clean inning, because of his history as a starter.
He could pitch multiple innings but wouldn’t let him face the lineup a second time. So would pitch 2/3 innings depending on his performance.
Their recent strectch of pushing pitchers into heavier workloads isn’t hopefull so lets try to keep them at least healthy, otherwise we’ll be seeing a lot more of Heaney and/or Nelson, etc.

commented on What can Domingo Germán offer the Yankees down the stretch? from Pinstripe Alley, Sep 17, 2021, 7:14am EDT

Harlan Spence's comment on The Yankees rolled the dice with their rotation, and it’s coming back to haunt them from Pinstripe Alley,

BBWC Fan's comment on The Yankees rolled the dice with their rotation, and it’s coming back to haunt them from Pinstripe Alley,

Harlan Spence's comment on Why don’t the Yankees put players in the best position to succeed? from Pinstripe Alley,

Harlan Spence's comment on Why don’t the Yankees put players in the best position to succeed? from Pinstripe Alley,

I'm fine with their addition

However, that shouldn’t be all the moves they made regarding the starting rotation.
To have success you need to limit the "If’s"

For a kind of reason you cheer for him on the opposition. However, don’t want him facing Cole in a big situation anymore.
Pearce is more hate and mutual after they ditched him

commented on Ranking the five most unlikely Yankee killers since 2017 from Pinstripe Alley, Sep 9, 2021, 4:17pm EDT

Develop pitching, trade for it or sign it in FA

Now we have a little bit of everything and still nothing to show for. They gambled in the offseason to acquire multiple players who could potentially be very rewarding.

Kluber signing was a gamble, to stay healthy throughout the season after a lost season due to injuries. Once he was dealing, after some rust to start the season he got injured. It seems like they don’t have the right "feeling" when to push it with their pitchers and when to pump the brakes.
Some minor signings panned out in the form of; Cortes, Luetge and Ridings. But those were mostly signings for depth purposes.
I’d rather had them resign Tanaka who could have been a stabilizing factor in the rotation after Cole.

We traded for Taillon, who was coming of his second TJ surgery. To be fair, they traded away more quantity than quality for him. But still a huge risk, as the succes rate after 2nd TJ is lower than the first, to come back healthy and return to previous form.
In-season they mostly reshuffled their bullpen to free up some cash and went sinker-happy with Holmes, Rodriguez and Peralta. To be honest, they perform better than I initially expected when we traded for them. Gil and Abreu were also acquired a few years ago and are finally coming through. Trading for a more established pitcher (Gibson, Marquez) would’ve gone a long way in stabilizing the rotation after Cole and Montgomery (yes I’m including him because he at least takes the ball as #3/#4). Or they could have gone for more flashy (Graveman, Kennedy, Iglesias, Rodriguez) name to add to the bullpen with the injuries/ineffectiveness of O’Day, Britton, Wilson and Chapman on a down year.

That gets me to the last point and that is developing pitchers. Garcia, has fallen flat after last year (I expected him to win the #5 SP out of ST). That also had to do with my personal view on German. Schmidt has been mostly injured. King pitched some meaningful innings and is also injured. One of the most stupid decisions this ofseason was to select for example Estrada over Whitlock, who got picked in the rule 5 draft.
I do have faith in the overhauled pitching department, however in New York you don’t have that much time as they did Cleveland.

To conclude (a way too long comment), I’d preferred if they acquired players with less risk attached to them with quality over quantity. As the farm can produce depth (see: Gil, Abreu, King, etc), however it is lacking a bit star power to partner with Cole at the top

commented on Why won’t the Yankees add an ace at the trade deadline? from Pinstripe Alley, Sep 9, 2021, 4:10pm EDT

As a kid growing up in Europe in the nineties, we had limited access to televised games.
But they did televise the World Series every year, where the Yankees happened to be a lot in those years. I would watch with my parents and friends during midnight local time (and we still do every year).
I grew up watching baseball and seeing a lot of the Yankees and Jeter, wanting to emulate the same success.
Because of those successes he is one the best shortstops to ever play the game. However, that is mostly the young kid in me talking baseball. As a grown men, I have access to metrics which give a broader view on his defense which isn’t the best. But like others mentioned, he passes the eye test because he makes all the routine plays and is his instincts are supreme.
He is more than just a ballplayer, who handled the spotlight of the success in New York with such grace (watching from afar).
I’m glad that I had the opportunity to see him play live one time (sadly wasn’t the case with Mo, who was injured in 2012).
I also set everything aside to watch some of his latest highlights on live TV; homer as 3000th hit, last Fenway series, last Yankee Stadium series

commented on One fan’s reflections on Derek Jeter’s career through the years from Pinstripe Alley, Sep 9, 2021, 1:40am EDT

Damn_yanks's comment on One fan’s reflections on Derek Jeter’s career through the years from Pinstripe Alley,

NJYankeeFan's comment on This Yankees team has been even streakier than one might realize from Pinstripe Alley,

The first one coming to my mind. No matter if it was Tampa, Baltimore, Toronto or Boston he always seemed to destroy us.
Ji-Man Choi also comes to mind, especially against Cole, but he has better overall numbers than the players mentioned.
Jacky Bradley Jr. seemed to have good numbers against us by the eye test.

commented on Ranking the five most unlikely Yankee killers since 2017 from Pinstripe Alley, Sep 2, 2021, 4:40pm EDT

Harlan Spence's comment on Aaron Judge would make an excellent next captain of the New York Yankees from Pinstripe Alley,

CA_Yankee_Fan's comment on Aaron Judge would make an excellent next captain of the New York Yankees from Pinstripe Alley,

Damn_yanks's comment on It’s time for the Yankees to remove Aroldis Chapman from the closer role from Pinstripe Alley,

Joshua Diemert's comment on It’s time for the Yankees to remove Aroldis Chapman from the closer role from Pinstripe Alley,

Jesse Dorey's comment on Despite recent success, some questions linger over the Yankees’ offence from Pinstripe Alley,

jjpf's comment on The stretch run is Aaron Boone’s time to shine from Pinstripe Alley,

On the other hand, if you make all series at least a best of 3, that would increase the likelihood of the "deeper" roster winning the series, as it is harder to ride out the hot ace pitcher.

cnemarich's comment on Women, the Yankees, and how we’re going to move into the future from Pinstripe Alley,