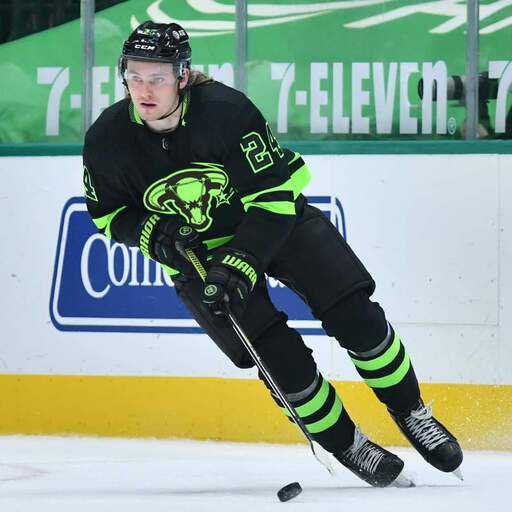 Traverse City: Stars End Tournament on a High Note, 7-3 Over the Blues

I think that you’re missing the guys who the team and Klingberg’s agent end up fighting over on comps. In my mind, Klingberg is going to try to get Josi on the list, and most likely the team is going to be pushing Krug. Barrie might also be on the team list for inclusion. My opinion is that they end up falling in the middle of Krug and Josi – so somewhere in the 7.75 range – and probably need to go 8 years to do it.

The big question that I have is how teams end up valuing a PP specialist (which is where the bulk of Klingberg’s value comes from). Krug and Josi can be pigeonholed into that model, and to a degree Barrie as well (Barrie’s defense just kills his value, which I think answers the question about his current contract and how GMs evaluate defenders). Shayne Gostisbehere also fits the model – and I’m guessing that he tries to use Klingberg as a comp when his deal comes up the year after next.

One other thing to keep in mind. This year is likely to be the first where Miro and his partner are "officially" considered "top pair". That means that Klingberg is going to be a "second pair" guy if they wait to negotiate until the end of the year – so there is some value to getting a deal done early for Klingberg (and the Stars). This will be interesting to see played out if something doesn’t get done in the next month or so.

Gurianov and his stats

Just looking at the raw numbers here doesn’t really show where Gurianov’s growth needs to come from. If you look back 2 years, his goals were 1) off the rush or 2) one timers from the right dot, especially on the PP. Last year, teams focused on stopping the rush chances, and Gury wasn’t put in a position where his one timers weren’t anticipated shots – he just didn’t play with guys who could get him the puck while also maintaining an alternative threat. That left Gury with one timers where the goaltender was mostly set and waiting – and that just isn’t going to work all that often.

So – what to do. First off, give Gury a bit more freedom to fly the zone. He’s not great at D zone clearances, so this is another way to put pressure on the points to get the puck out of the zone. Even more importantly, the team needs to have Gury set up with linemates who create chances in ways where Gury’s one timers aren’t the only/primary threat. If the goaltender is moving for the one timer, there are so many more holes for Gury to hit. Hopefully this would put him on a line that includes Benn, or as an alternative, Seguin (or both).

jts09's comment on Dallas Stars Daily Links: Will We Get Roope Hintz On God Mode? from Defending Big D,