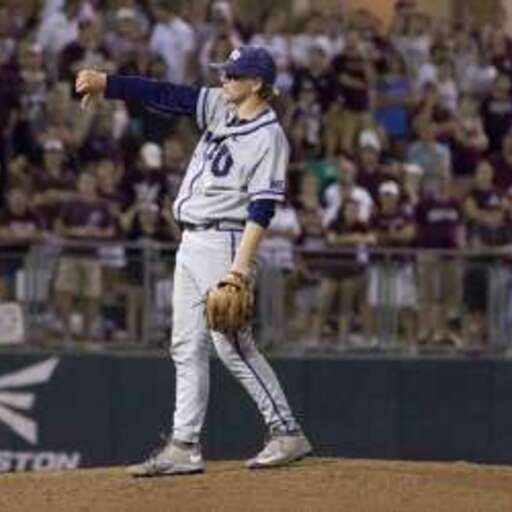 Embrey's comment on Sonny Dykes to TCU: Who might be joining his staff? from Frogs O' War,

Maybe now we can actually get interviews

I will absolutely reach out to the comms staff and see if they’ll give me a chance to talk to him about it.

Also this bs "you don’t understand"

While not presenting any info countering what’s been reported dozens of places doesn’t make you an expert either.

You know something we don’t exonerating Kaz from the situation? Lay it on us.

haaandyvandy's comment on Sonny Dykes to TCU: Who might be joining his staff? from Frogs O' War,

You’re telling me not to draw conclusions

While telling me what I do and don’t know or how I should or shouldn’t feel. I don’t get all my info from twitter.

You say I don’t understand all the facts without knowing jack about what I know. Go ahead and defend this guy — seems important to you. But don’t tell me how I need to react or feel about it. I’m free to say what I want and so are you. But acting like I’m ignorant in the matter isn’t helping your cause.

FunkytownFrog's comment on Sonny Dykes to TCU: Who might be joining his staff? from Frogs O' War,

Yeah, I am not going to backtrack

Did you read what his role was as far as complicity?

We were all so quick to bash Baylor and their whole school and the NCAA for not destroying them… now TCU wants to hire an S&C coach and you all want to give him a second chance?

Naw, guys, I am good. We can find another S&C coach… why do we need to get in contract with someone that has this kind of stuff on his resume? I don’t feel the need to give anyone on that staff — that has verbiage entered into documentation stating that they were part of the problem — a second chance. Even if he’s the best person at his job in the world, I would rather not.

Sonny Dykes to TCU: Who might be joining his staff?

Let’s give Dykes a season or two

at the helm, surrounded by the (mostly) incredible staff that he is putting together, and see what he can do at a P5 school that invests in athletics, before we fire him and the AD.

commented on Could recruiting ace Ra’Shaad Samples be headed to TCU alongside Sonny Dykes? from Frogs O' War, Nov 29, 2021, 9:30am EST

The season is over. Mercifully.

Bring on the future.

Jamie is in Ames

So I am letting him enjoy himself

I’ll see it through

But I don’t want to

But the Frogs are driving on the strength of a long pass to Demercado.

Frogs turn it over on downs

Nothing seems to be going right in Ames this afternoon.

Iowa State comes right out and scores after TCU punts out of the break.

Duggan leads the team in passing and rushing yards at the break. Frogs have given up some big plays but go in down just two scores.

Thanks all of you that have been paying attention

I had to step away for a bit.

Well. This is happening.

TCU punts and Iowa State answers with a TD

10-0 Cyclones as we start the second.

On third and 16 Brown goes for 22 to keep the drive alive. Max hanging tough and making plays.